Former President Mahmoud Ahmadinejad was not among those approved to run in next month's election. One candidate has been accused of participating in executions at the end of the Iran-Iraq war. 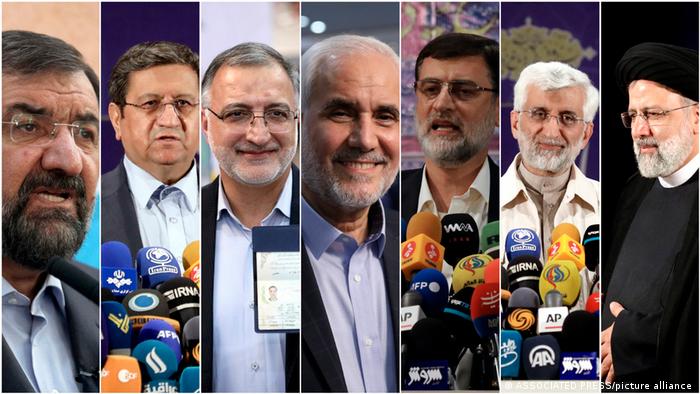 Just seven candidates were allowed to run after nearly 600 registered

One of the early favorites was ultraconservative judiciary chief Ebrahim Raisi. He won 38% of the vote in the 2017 elections, but was defeated by current President Hassan Rouhani, who is constitutionally barred from running for a third term.

Raisi is also believed to be a favorite of Iran's supreme leader, Ayatollah Ali Khamenei. 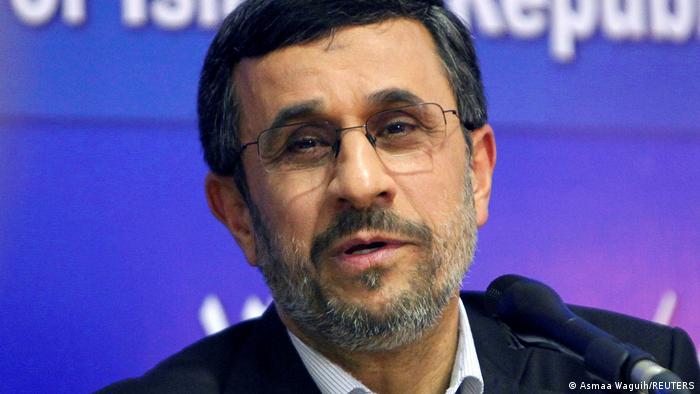 Several prominent names were not approved to run for office. Former President Mahmoud Ahmadinejad was not permitted to try for the post. The populist held the position from August 2005 to August 2013, and had threatened to boycott the election if he was not allowed to run.

Former parliament speaker Ali Larijani — a key supporter of Rouhani's 2015 nuclear deal with world powers — was also barred from running. Former US President Donald Trump withdrew from the pact, and diplomats have been meeting in Vienna, Austria, to try to salvage the agreement.

Larijani conceded his place on the ballot, posting on Twitter, a service technically banned after the 2009 unrest that surrounded Ahmadinejad's disputed reelection: "Thank you to all those who expressed their gratitude and I hope you will participate in the elections for the promotion of an Islamic Iran."

There were about 600 people who had registered to run for president, only 40 of whom met the basic criteria. That is a dramatic drop from the 1,630 candidates who registered for the 2017 election.

Raisi appeared to object to the many disqualifications. "Since yesterday evening, when I was informed of the results ... I have made contacts and I am holding consultations to make the election scene more competitive and participatory," said Raisi on Twitter.

Political analyst Ali Fathollah-Nejad told DW the upcoming elections would be "more of a farce" than previous polls.

"The choice is very, very limited and it's probably going to be a next hardline president," he said.

He added that under the next president, the country would likely become "an Iran where the Islamic Revolutionary Guard Corps is going to have more political say than in the past, and extend the dominance that it has in other areas, such as the economy and the intelligence services, into the political realm."

Raisi, who read out the list of approved candidates on state TV on Monday, has been linked to mass executions in 1988 at the end of Iran's war with Iraq. Raisi was a deputy prosecutor at the time, and took part in panels at some prisons that held political prisoners.

A recording of Raisi and his boss meeting Grand Ayatollah Hossein Ali Montazeri leaked in 2016, with the Grand Ayatollah calling the executions "the biggest crime in the history of the Islamic Republic."

International rights groups have estimated that as many as 5,000 people were put to death, while members of the opposition group Mujahedeen-e-Khalq have said 30,000 were executed. Iran has never fully acknowledged the executions, and Raisi has never publicly acknowledged his role.