Who are Hunter Biden′s Ukrainian bosses? | Europe | News and current affairs from around the continent | DW | 16.05.2014

Who are Hunter Biden's Ukrainian bosses?

The appointment of Joe Biden's son to the board of Ukrainian gas firm Burisma has raised eyebrows the world over. The names of the company's actual owners are being protected like state secrets. 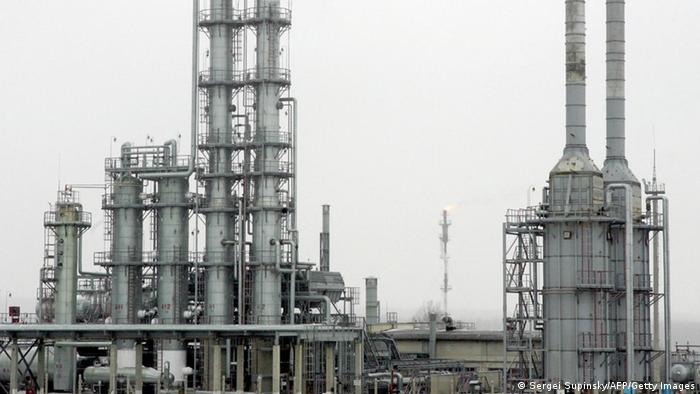 Who does Hunter Biden really work for? It's the question the media has been asking since Wednesday (14.05.2014), when it was revealed that the son of the US vice president joined the board of the Ukrainian gas company Burisma Holdings in April.

The former Polish President Aleksander Kwasniewski also sits on the company's board, but his photo only appeared on Burisma's website on Friday (16.05.2014), even though he joined the company in January. Then the president of Ukraine was still Viktor Yanukovych, with whom Kwasniewski had previously negotiated on behalf of the European Parliament to secure the release of imprisoned former Prime Minister Yulia Tymoshenko.

The remaining board members include two Americans, two Cypriots, and four young Ukrainians, almost all of whom spent stints in Russia during their careers. The bulk of the company's management was replaced in 2013, and Oleksandr Kharchenko, director of the Energy Industry Research Center in Kyiv, says this may indicate a change in ownership. "It simply wasn't reported," he told DW. He sees Burisma as a company with a lot of potential, as does Hennadi Kobal of the Kyiv Center of Oil and Gas "Newfolk": "They've secured good land for themselves." 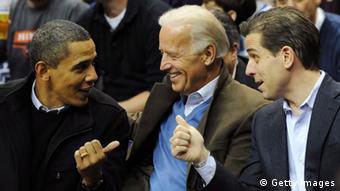 Anyone wanting to know more about the company needs time. Burisma's modest website says the firm was founded in 2002 and grew to become "one of Ukraine's largest independent gas producers." There's no mention of the owners.

London-based PR firm Bell Pottinger handles Burisma's media relations, though they failed to respond to a DW request about Burisma. One of Bell Pottinger's founders, Lord Timothy Bell, once advised former British Prime Minister Margaret Thatcher, as well as the first Russian President Boris Yeltsin. Prominent customers in recent years include Asma Assad, the wife of the Syrian President, and the government of Belarus.

Ukrainian media reports about Burisma reveal an impenetrable web of companies, most of which are registered in Cyprus. One name, Mykola Slotshevski, appears more than once. The 47-year-old is thought to have been the original owner of the company - at least until recently.

Slotshevski has built a career in the oil and gas business since the early 1990s. In 2013, the Ukrainian news magazine "Korrespondent" estimated his fortune at about $238 million (173 million euros).

Slotshevski, known for having a fondness for British luxury cars like Rolls Royce and Bentley, was a member of the Ukrainian parliament, and headed the Environment Ministry between 2010 and 2012 before serving on the Security Council. He was well-connected in Yanukovych's government, ousted in February 2014.

In late 2013, Slotshevski denied that he owned Burisma, and an employee in his office reported that he sold the company - but no evidence of this has come to light yet. Two oligarchs, Ihor Kolomojski and Viktor Pinchuk, have been named as the possible new owners. Kolomojski was appointed the new head of the regional administration in Dnipropetrovsk after the recent change of government in Kyiv. He is believed to wield more political influence than Pinchuk.

DW could not reach Kolomojski for comment about Burisma. Pinchuk refused to comment, but is said to have a good relationship with the Democratic Party in the US, and is also believed to have been a long time friend of former Polish President Kwasniewski.

According to expert estimates, Ukraine's own gas reserves only meet about a third - 15 to 20 billion cubic meters - of the country's gas needs. Most of the demand is covered by state-owned companies, but the private sector's share is growing, and there are believed to extensive gas deposits in the country's east. But in order to mine there, Ukraine needs the expertise of Western corporations.

US firms in Ukraine

The US has been active in Ukraine for some time. In 2007, the firm Vanco won a contract to extract gas from the Black Sea, a deal that was annulled by Tymoshenko after the firm passed on the rights to another company that included eastern Ukrainian and Russian business interests.

Yanukovych's government worked hard to win over US and multinational firms for oil and gas extraction in Ukraine. Kyiv signed a contract with the US-based Chevron at the end of 2013 to extract shale gas in the west of the country. Another deal with the energy giant ExxonMobil - for gas in the Black Sea area - was abandoned following opposition protests.

But the news about the appointment of Hunter Biden has sparked allegations of nepotism - not least because it was revealed just a few weeks after his father's visit to Kyiv on April 22. Neither Burisma or the US State Department responded to DW's requests for comment. White House spokesman Jay Carney would say only that Hunter Biden was a private citizen and that his job had no impact on US policy.

Europe and the United States are planning further sanctions against Russia, as the Ukrainian conflict continues. The political standoff is also creating tensions within the Arctic Council. (16.05.2014)

Under US sanctions, Russian patriot Yakunin speaks in Berlin

The US has included him on its sanctions list, yet Vladimir Yakunin is still welcome in Berlin. The head of Russian Railways, a critic of the West and close confidant to Putin, will speak on European-Russian relations. (15.05.2014)

The political standoff between Russia and the West over the future of Ukraine is stressing the Russian economy, and German companies are feeling the effects. Many firms have seen revenues and investment volumes decline. (14.05.2014)

The US's top army general has called for vigilance over how Moscow might respond to its military setback in Ukraine. Meanwhile, Zelenskyy said there will be no "lull" in retaking territory. DW rounds up the latest.