Ukraine crisis reaches into the Arctic | Environment | All topics from climate change to conservation | DW | 16.05.2014

Europe and the United States are planning further sanctions against Russia, as the Ukrainian conflict continues. The political standoff is also creating tensions within the Arctic Council. 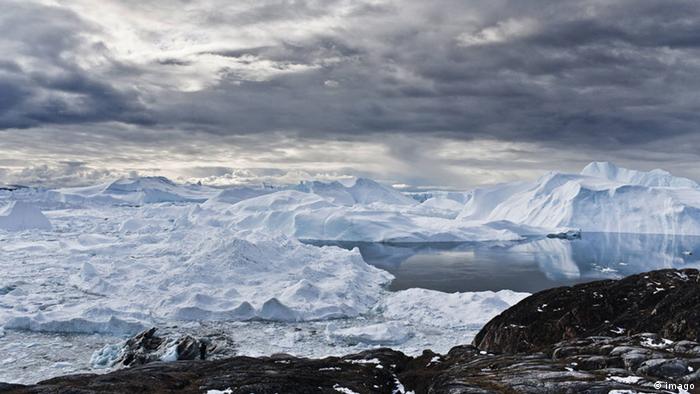 When Canada, which currently holds the chair of the Arctic Council, boycotted a working meeting of the organization planned for April in Moscow, Environment Minister Leona Aglukkaq called it a "principled stand" against Russian actions in Ukraine.

The political repercussions of the Ukrainian crisis are being felt within the Council - though it is playing it down. The organization aims to address issues faced by northern countries as the Arctic ice recedes and the wider exploitation of the region becomes possible. But cooperation is becoming increasingly difficult.

A statement from the US State Department reads: "Given Russia's ongoing violation of Ukraine's sovereignty and territorial integrity, the US government has taken a number of actions, to include curtailing official government-to-government contacts and meetings with the Russian Federation."

The US has withdrawn funding for a hazard-reduction workshop, which was to take place in June, reports the "Alaska Dispatch." The workshop would have brought together Russian scientists and their US counterparts. The website also reported that the head of Russia's emergency services failed to show up at an international meeting in the US last month. 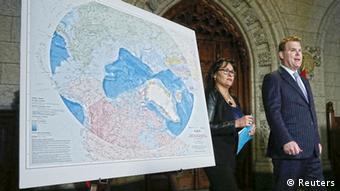 The US also plans to block exports of oil and gas technology for projects run by state-controlled Russian companies, if the Kremlin interferes with Ukraine’s national elections at the end of this month.

"Depriving Rosneft and Gazprom of the most modern technology would be a significant setback for their ambitions in the areas that are the future of the Russian industry, including the Arctic," writes Ed Crooks in the Financial Times of May 14.

Well before the annexation of Crimea, Moscow made no bones about its intention to defend its energy and other economic interests in the Arctic region. President Putin has made it a strategic priority, re-establishing Soviet airfields and ports and preparing a strategic military command to be set up in the Russian Arctic by the end of this year.

Russia holds more Arctic territory than any of the other seven Arctic nations on the council. It also lays claim to the resource-rich continental shelf under the North Pole. Other countries that have claims on the Arctic seabed include Canada, Denmark, Norway and the US.

In March, around the time that Russia annexed Crimea, a UN commission recognized Russia’s claim to 52,000 square kilometers of territory in the Sea of Okhotsk. This area is believed to be rich in oil and gas. Russian Minister of Natural Resources and Environment Sergey Donskoy told journalists this claim was "the first step in our Arctic applications, which will be ready in the near future."

A matter for NATO?

Earlier this year, Hillary Clinton called on Canada to join with the US in responding to Moscow's military build-up in the Arctic . 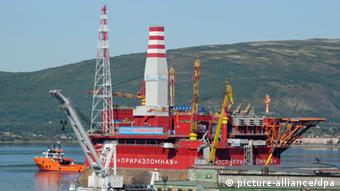 Observers say Canadian Prime Minister Stephen Harper is being pressured to abandon his opposition to including the Arctic in NATO's official agenda. Harper would prefer to see the bilateral North American Aerospace Defense Command NORAD extended and exclude other nations from policing the region.

In an interview with the "Alaska Dispatch," the former chairman of the Arctic Council's Arctic Marine Shipping Assessment Lawson Brigham said, "There are enough environmental issues and enough people issues to keep us busy and keep us together." He said he hoped tensions would ease enough to allow for a proposed Arctic Summit to take place in 2016, on the Arctic Council's 20th anniversary.

First, the next Arctic Council SAO meeting in Yellowknife, Canada has to come off without confrontation this autumn. Given that the chair of the Council goes to the US in 2015, it seems unlikely that the long shadow of the ongoing Ukrainian conflict will become shorter any time soon.

The Arctic Council has accepted China and other Asian states as permanent observers. With climate change making the region more accessible to shipping and commercial exploitation, countries are lining up to join. (16.05.2013)