When will Ukraine benefit from its green hydrogen potential? | Business | Economy and finance news from a German perspective | DW | 13.01.2022

When will Ukraine benefit from its green hydrogen potential?

Political developments, together with commercial interests, suggest that Ukraine could potentially export hydrogen produced from renewables and nuclear by the end of the decade. But the road ahead remains bumpy. 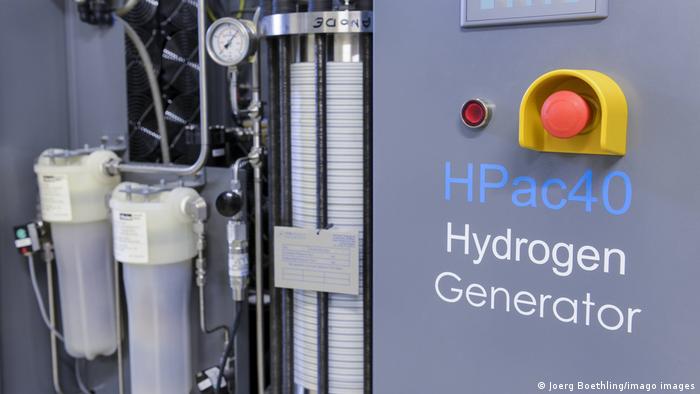 Making hydrogen and exporting it is no easy task in Ukraine

Ukraine has one of the largest gas transportation systems in the world, which gives it an edge for future hydrogen shipments to Europe. But its grid requires major investment, since it mostly dates back to Soviet times.

The network is especially lacking when it comes to transporting hydrogen molecules, which are smaller than methane molecules. Luckily, hydrogen can be blended with natural gas, which is more than 70% methane. This mix can then be transported and burned for energy.

Experts suggest that the complete modernization needed for Ukraine to ship a variable percentage of natural gas and hydrogen would require a decade and billions of euros. At the same time, Ukraine has significant water resources and better-than-average solar and wind potential. These are essential conditions for green hydrogen, or hydrogen gas produced with renewable energies.

Additionally, Ukraine's solar irradiation is higher than Germany's, the country with the largest installed solar capacity in Europe. Within Ukraine, according to the International Renewable Energy Agency, solar irradiation is the highest in the southern part — particularly Crimea, which is not under the control of the government in Kyiv. 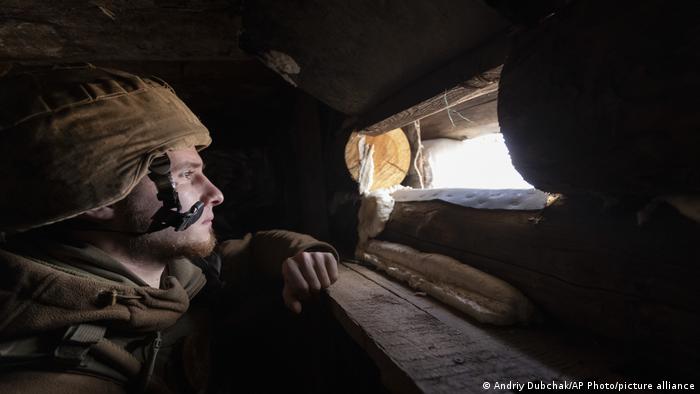 Apart from the ties between Ukraine and Russia, European demand is a key variable necessary for development of Ukraine's hydrogen industry. Significant EU commercial interests would be needed to translate Ukraine's hydrogen potential into actual export capacity.

"Exporting large quantities in the next five, perhaps 10 years is certainly not feasible. As for now, there is no huge demand yet for green hydrogen in Europe, for instance in the steel or chemical industries," said Adam Balogh, a senior energy infrastructure expert at the Vienna-based Energy Community Secretariat.

Several EU governments, including the Netherlands and Germany, have concrete plans to build out a domestic market for hydrogen. "There is still an advantage to being based in EU countries when it comes down to hydrogen investments, because of more EU and national funds," Balogh told DW.

Ukraine's own draft hydrogen strategy is expected to be released in early 2022. The main focus will undoubtedly be on cost, as competitors are global, from Australia to South American countries.

Although Ukraine will not secure the initial green hydrogen contracts and have a first-mover advantage, hydrogen latecomers could benefit from sinking prices for key equipment to produce green hydrogen. That includes electrolyzers, which though still relatively expensive, would be likely to get cheaper as production capacity expands. 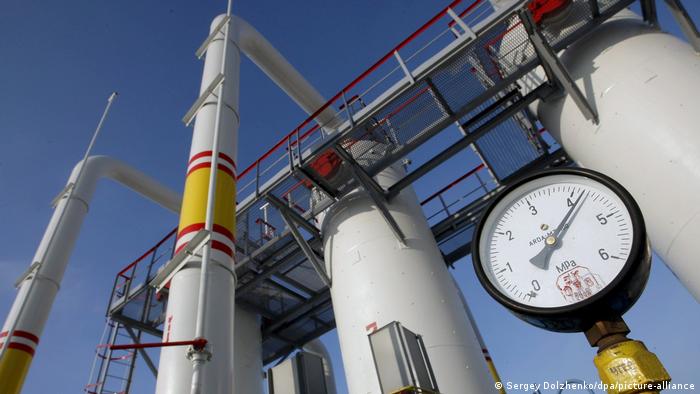 Ukraine could leverage its diverse industry and extensive know-how in the energy sector, including nuclear power. Currently it is the seventh-biggest producer of nuclear energy in the world, according to figures from the International Atomic Energy Agency.

Recent political developments within the European Union suggest that nuclear power may be classified as a green source of energy. In that case, nuclear facilities, especially existing ones, could receive significant financial support from EU institutions.

The United States reportedly plans to invest €20 billion ($22.9 billion) to build more than 10 gigawatts of nuclear capacity in Ukraine over the next 10 years, according to several experts DW spoke to. Part of this additional capacity could be used for hydrogen production.

Hydrogen stocks rose in 2021, though only moderately, indicating some skepticism from global investors. Likewise, several Ukrainian leaders told DW that the industry is not at a stage of commercial readiness. 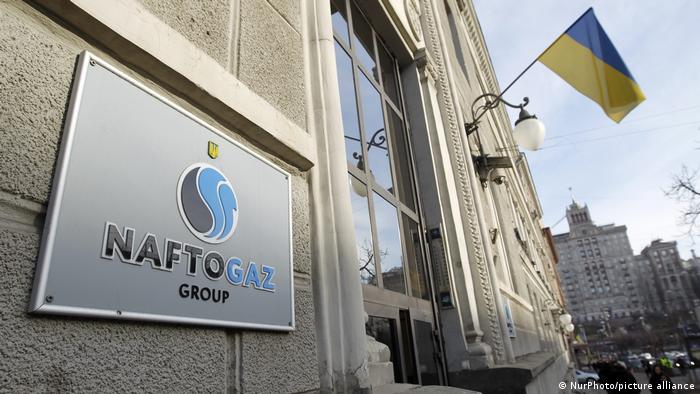 Gas producer Naftogaz says though it has other priorities, it is still potentially interested in green energy

Naftogaz, the country's main gas producer, clarified it has other priorities. Another company, Gas Transmission System Operator of Ukraine, also confirmed that hydrogen investments are secondary.

"The hydrogen potential of Ukraine is a topic that needs to be fully separated from the Nord Stream 2 discussion, weaponization of energy, and the importance of natural gas transit via Ukraine for the energy security of the EU and Ukraine," he told DW.

In 2020, Russian gas transit through Ukraine created a revenue stream for Ukraine of around €1.8 billion. Yet last year, the amount of gas pumped to Europe via Ukraine decreased by 25%, which had a major impact on government spending. Limited public funds decreased the capacity of the government to avoid a surge in energy prices at home.

"The military threat Ukraine faces, and the possibility of a major energy crisis, are immediate, while hydrogen will take decades to displace natural gas," Makogon concluded. On top of that, much of the industry is concentrated in the eastern part of the country, so that's where energy demand might come from.

"Ukrainian companies do not yet have an incentive to invest in hydrogen for domestic usage, as it would be too expensive for Ukrainian consumers," said Lukas Feldhaus, an analyst at consultancy Berlin Economics.

"But it makes sense for other countries, including Germany, to build up hydrogen supply abroad," he told DW. "Hydrogen from Ukraine will diversify the energy supply to Europe and Germany, assisting the decarbonization of European industry."

Keeping in mind that Germany is to spend €2 billion to support hydrogen projects abroad, he argues that funds for Ukrainian hydrogen producers will come from foreign investers. "Ukraine should just ensure that investments have a safe legal environment," said Feldhaus, especially as corruption and power struggles reportedly remain significant issues.

Naftogaz and coal-heavy energy producer DTEK have shown interest in green energy sectors. DTEK, whose main mines are in the eastern part of the country, is seemingly a wealthy company.

"DTEK is developing a large wind power farm with 500 megawatts. It wants to diversify its portfolio substantially, away from coal. When green hydrogen production is built, this new renewable energy would come in handy," said Feldhaus.

Despite this, renewable electricity can currently only be sold at a loss in Ukraine, due to an "inefficient electricity market," explained Feldhaus. Companies looking into renewable investments in the country would not even normally manage to sell their electricity. And here lies some potential for hydrogen exports.

"Now these companies want to attach electrolyzers to their projects and sell the hydrogen to Europe," he concluded.