When Nazis killed 100 Serbs per dead German in Yugoslavia | Europe | News and current affairs from around the continent | DW | 21.10.2021

When Nazis killed 100 Serbs per dead German in Yugoslavia

On October 21,1941, Nazi soldiers killed about 4,000 people as part of an "atonement exercise" in occupied Serbia. The victims came from all walks of life. Children were among them. 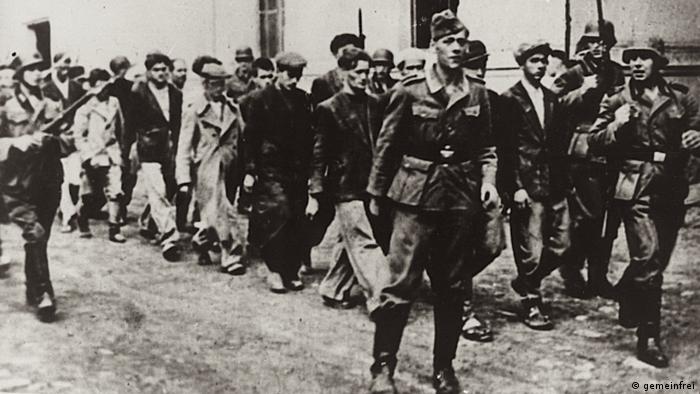 Serbia does not play much of a role in Germany's historical recollection of World War II. That is despite the fact that from April 6, 1941, when the Nazis invaded the Kingdom of Yugoslavia, until their full retreat in 1945, hundreds of thousands of German soldiers were stationed in the Balkan country. The remains of more than 15,400 slain Germans are buried at 719 cemeteries across Serbia.

Evidence of atrocities committed by occupying German forces can be found in the countless graves that hold the remains of Serbs, Jews and Roma. Most died as resistance fighters — but at least 80,000 were killed as "atonement" for the relatives of dead German soldiers and officers.

Shortly after invading Yugoslavia in 1941, German commanders instructed soldiers to take hostages from all walks of life "to hinder the formation of gangs," and as "preemptive protection." As atonement for each German soldier killed by a resistance fighter, soldiers were ordered to be "ruthless" and kill 100 Serbian civilians; 50 were to be killed for each wounded soldier.

A disparate armed resistance had formed by the summer. The activities of communist partisans and nationalist "Chetniks" only served to fuel the fire of German terror.

In September 1941, Adolf Hitler appointed the Austrian General Franz Böhme as the chief commander in Serbia. Shortly after his arrival, Böhme reminded his largely Austrian units of the events of the World War I: "You can take revenge for your dead comrades, whose blood flowed here in rivers in 1914 because of Serbian treachery."

In Two Faces of War, a documentary by Austrian public broadcaster ORF, the historian Walter Manoschek says: "Most people today are not aware of the crimes the Austro-Hungarian Army committed in Serbia during the first World War. There was a Serb hanging from every lamppost and every tree. And they still lost the war." 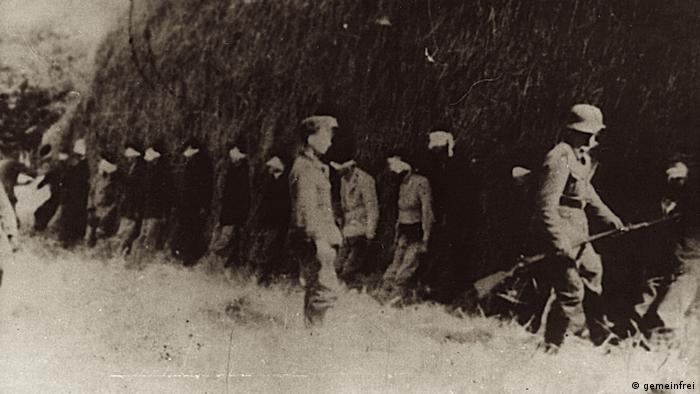 On October 21,1941, a particularly gruesome "atonement exercise" was carried out in the central Serbian city of Kragujevac. As a result of a firefight between German Wehrmacht soldiers and resistance fighters, which left 10 Germans dead and 26 injured, occupying forces demanded that 2,300 Serbs, Jews and Roma be killed in "atonement."

The murdering began on October 19, 1941, in the villages around Kragujevac — German soldiers called these villages "nests full of bandits." Although 415 people were killed, that was not nearly enough for the armed forces, and they further arrested and detained another 5,000 people in Kragujevac on October 20.

Victims were abducted from fields, factories, the streets and from their homes. Some 300 schoolchildren and their teachers were arrested in their classrooms. Roma children, mostly shoe shiners who had refused to polish German soldiers' boots, were rounded up as well.

Hardly anyone fled, either out fear for what might happen to their families or because they actually believed soldiers who told them they only wanted to collect and issue new identity papers. The first 123 Serbs and Jews were shot at 6 p.m. on October 20 — 10 of them survived. One of them testified about the crime at the Nuremberg Trials in 1947.

In the face of death, detainees who had anything to write with set their final thoughts to paper for loved ones — 42 such notes survive today. One reads: "Mira, kiss the children. Children, listen to your mother. Take care of yourselves. Your Laza. Goodbye for eternity." Another simply reads, "Don't send bread tomorrow." 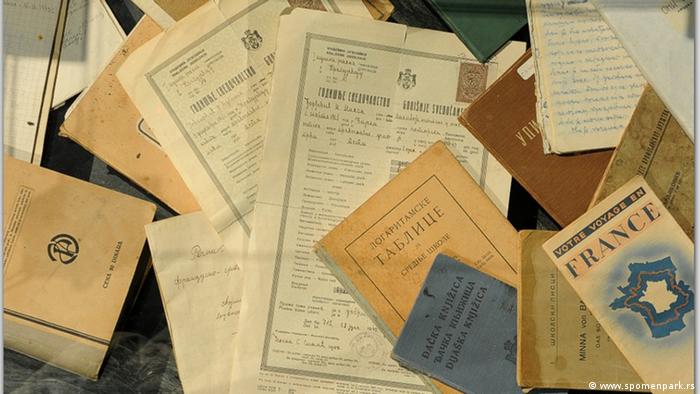 On October 21, Wehrmacht soldiers began lining up and shooting groups of prisoners at 7 a.m. By 2 p.m., it was over: 2,264 people had been killed. Roughly 200 of the remaining prisoners were forced to bury the dead, an act that took days. The rest were sent home.

At the same time, Nazi soldiers and Serbians cooperating with occupying forces executed 1,700 civilians in Kraljevo, about 50 kilometers (30 miles) away. In her book Tito, the historian Marie-Janine Calic quotes a survivor: "They dragged all of the men out onto the street — from children 14 and older to the elderly, who were 60 or more. They were led through the city streets with their hands above their heads and into the storage facility at the wagon factory." Later, victims were shot as they stood before freshly dug graves. 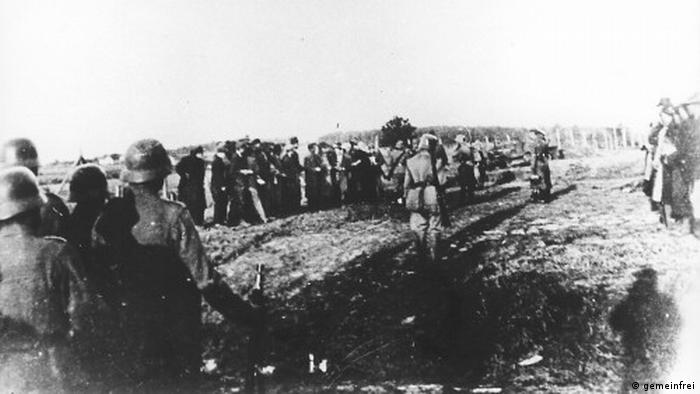 German soldiers catalogued the individuals before executing them

In all, roughly 30,000 Serbian civilians were killed by the Nazis in 1941. The sheer scale of crimes committed meant that they were never properly handled legally. Some SS officers and ranking German soldiers were put on trial in the Serbian capital Belgrade right after the war, with some sentenced to death. Franz Böhme leapt to his death from his prison cell on the evening before oral arguments in Nuremberg.

Of the Nazis who led the invasion of Yugoslavia in 1941 and stood trial in Nuremberg, not one of them spent more than five years behind bars. Many even walked away scot-free without ever suffering the consequences of their actions.

Kragujevac, where most victims were killed, erected the 352-hectare (870-acre) Sumarice Memorial Park in 1955. The 21 October Museum was added in 1971, and ever since, the park has been the site of the country's annual October 21 memorial service. 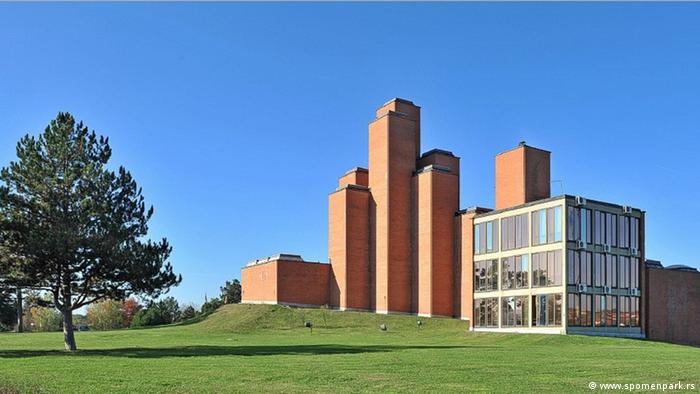 The "great school lesson," which draws thousands of participants and is broadcast live on television each year, is a purely cultural event with no political speeches. An integral part of the event is the recitation of the "Bloody Fairytale," a short poem penned by Serbian national poet Desanka Maksimovic and known to every child, which memorializes the young students and teachers who were pulled from classrooms and executed.

"A million people were killed across Yugoslavia during World War II, roughly as many as in England, France and Italy put together," Calic told DW. "Yugoslavia lost just as many due to lost pregnancies, emigration, abductions, relocation and displacement."

No German government has apologized for the four-year reign of terror, let alone offered reparations. Behind that is a fear that to pay in one case would encourage other countries to demand reparations, too.

It was not until 1968 that Yugoslav President Josip Broz Tito and West German Foreign Minister Willy Brandt resolved the issue of reparations by agreeing to long-term cooperation. The Federal Republic of Germany at the time extended a line of credit to Yugoslavia worth 1 billion Deutsche Mark.

"That was the fulfillment of a financial obligation with no moral acknowledgement," Calic said. "In the end, the Germans dodged making any admission of guilt." 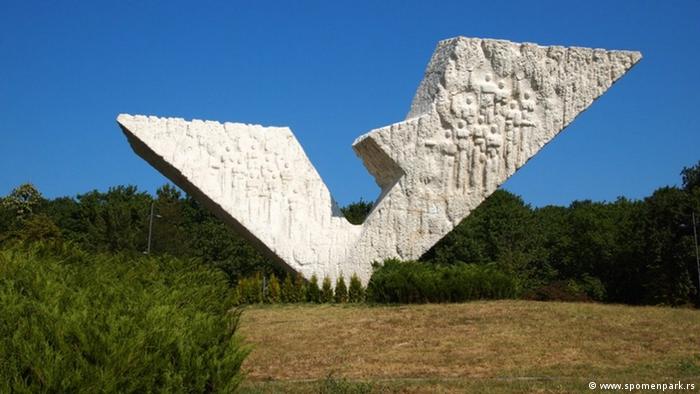 The new center will look at the political, ethnic and religious grounds for forced migration, with a focus on the displacement of Germans during and after World War II.

Neo-fascism on the rise in Croatia, Council of Europe finds

The release of the report comes after a memorial to remember Ustasha militia killed by Communist forces at the end of World War II. The annual memorial has become a meet-up for supporters of the Nazis' Croatian allies.

Serbia has for the first time recognized the expulsion of hundreds of thousands of Germans at the end of World War II. From a pre-war population of 550,000, only 4,000 remain.

Comments by US President Biden calling Russian atrocities in Ukraine a "genocide" have sparked debate. But what exactly constitutes genocide and when can the term be applied?