What’s behind the remarkable rise of German fintech Wirecard? | Business | Economy and finance news from a German perspective | DW | 15.08.2018 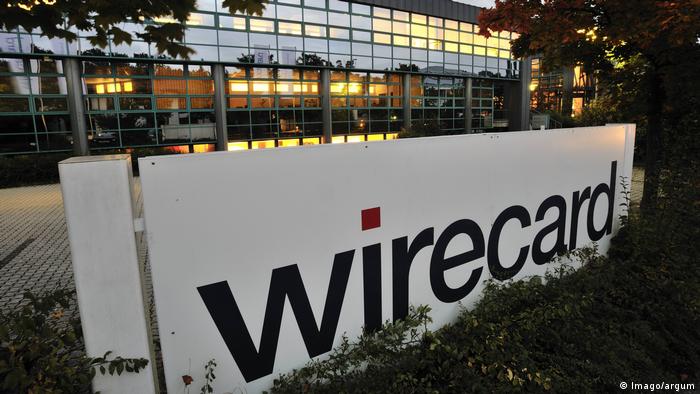 It's as valuable as it is inconspicuous. This week, a little-known Bavarian payment processing company called Wirecard overtook Deutsche Bank to become Germany's most valuable financial services firm on the stock market.

While traditional money houses like Deutsche battle to stay relevant in the smartphone age, Wirecard has already established itself as a serious player. The company provides software for online payments, contactless payments and fraud prevention systems and the German fintech success story is close to knocking Commerzbank out of the DAX index.

When you are associated with the worlds of gambling and pornography, winning the trust of stock market investors is no easy task. Wirecard has done it — on Tuesday, Wirecard shares on the TecDAX index were worth more than €21 billion ($24 billion), beating Deutsche Bank's €20 billion market valuation.

Wirecard was conceived in an era when practically any company with a link to the internet did well on the stock market. However, when the dot-com bubble burst in 2000, reality bit for several online companies. Erstwhile pioneers had to revise their ambitions.

Wirecard is one of the few survivors from the era. Founded in 1999, the company went public in 2000. Its central idea was the handling of secure online payments, a concept enthusiastically received by other online players — including in the realms of pornography and gambling. The firm still has clients from those industries, but the share has dwindled in size over the years.

From limited origins, the company has blossomed. It is now an established processor of payments, working on a variety of online financial services, including for smartphone apps. Its singular focus on modern technology places it firmly within the booming fintech sector — and that makes it popular with investors.

Although cash still remains king in several countries, Germany very much among them, cashless payment is on the rise. Throughout Asia, some European countries and in several emerging economies around the world, cashless payment, often with smartphones, is quite common. Those winds of change are expected to blow in Germany as well. Such expectations drive the buoyant mood of investors.

The company has grown rapidly over the years and has surged in value this year, with its share price increasing by almost 80 percent since January. During the same period, the DAX has been falling: Deutsche Bank alone has so far shed more than a third of its value in 2018.

Yet Wirecard has been on an alternative path. In the last five years, its stocks have risen eightfold. The reasons for much of the success can be credited to CEO Markus Braun, who since 2002 has been displaying an impressively keen business instinct.

In 2007, he founded an Asian subsidiary which today contributes half of the group's business. In 2015, Wirecard launched Boon, a payment software for smartphones. That same year also saw the start of its corporate "co-operation" with some big players in China, namely the payments giant Alipay (an affiliate of Alibaba) and since 2017, WeChat.

Passing out the giants

During these years, grand old financial companies such as Deutsche Bank and Commerzbank were dealing with other problems, many of them clean-up jobs from past mistakes. However, the fall in traditional bank stocks is not all of their own making. External concerns, such as the recent currency collapse in Turkey, have taken their toll. 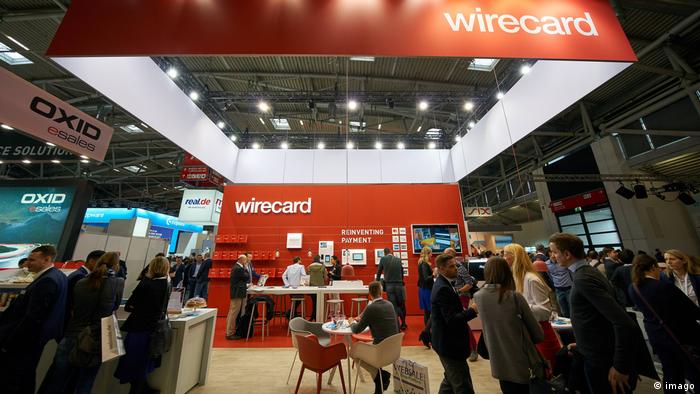 Founded in 1999, Wirecard survived the dot-com crash and reinvented itself.

Since the Turkish crisis erupted, stock market investors have been nervous about the possible effects a collapse in the value of the lira could have on European banks. And amid those fears, like ships passing in the night, Wirecard sneaked ahead of Deutsche Bank in terms of stock market value.

Its next coup may not be far away either. In September, German stock market operator Deutsche Börse is expected to re-evaluate the composition of its indices. Wirecard is in line to move from the margins to the center, and may well replace Commerzbank on the Dax.

Not quite as big as Deutsche Bank yet

Some may wonder why such a potential behemoth as Wirecard is still so relatively unknown. Despite its value, its business is primarily carried out in the background. For example, travel company TUI and telecommunications giant O2 are clients but unlike VISA or Mastercard, there is no well-known Wirecard brand displayed front and center of the operations.

However, it must be remembered that a higher stock market valuation does not mean the battle against the traditional players has been won by Wirecard. It remains a David versus Goliath contest: Wirecard's turnover in 2017 was €1.5 billion, while Deutsche Bank's was €26 billion.

The monumental balance sheet differential between Wirecard and Deutsche Bank further highlights the gap between them: €5 billion as opposed to €1,500 billion. The employee head count of 5,000 versus 90,000 further crystallizes matters.

However, those things measure the bricks and mortar and the here and now whereas the stock market, in essense, measures the hopes of the future. By that metric, Wirecard is on top. Should the company join the DAX, this position of strength will become even clearer.

Ex-Wirecard manager Jan Marsalek could be living in Moscow, according to a German daily. Russia's secret service reportedly informed German authorities of his whereabouts in 2021.

In a big shake-up, the DAX German share index is getting bigger. Since its inception 33 years ago, it has had 30 members. The reform of the country's most important stock market barometer will start in September.

Merkel and Scholz to be grilled over Wirecard scandal 08.10.2020

A German parliamentary committee investigating the multibillion-euro Wirecard fraud scandal has began its work. It will look at how warning signs were missed and what top politicians knew and when.