At this week's MoneyConf in Dublin, hundreds of fintech CEOs outlined their vision of just how quickly they believe the world of financial services is changing. DW's Arthur Sullivan spoke to N26 chief Valentin Stalf. 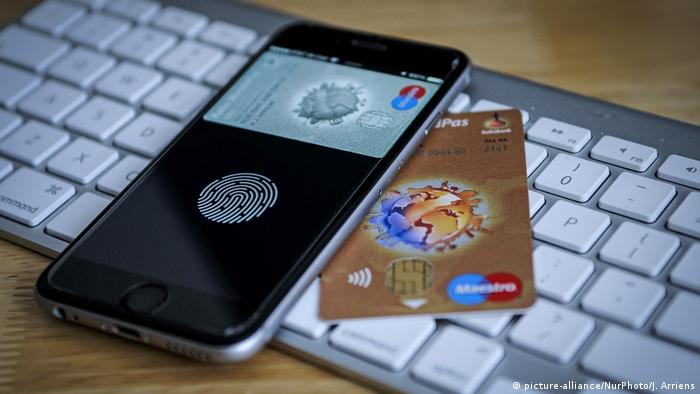 Those are the five years that the five largest banks in Europe (measured by total assets) were founded. If there is an industry impervious to the wild winds of the "disruptive start-up" age, those digits would suggest that banking may well be it.

Yet few who live in the German capital, Berlin, will have failed to notice the multitude of ads for a bank called N26 dotted around the city over the last few months; on the subway, on the side of buses, at the airports.

"The first bank that you will love," they say. It's quite a boast, but clearly some people are in love. In the space of little more than three years, N26 has gone from being an interface which held no banking licence at all to being one of the fastest growing banks in Europe with more than 1 million customers already signed up.

Its primary marketing hook at the moment is "no bullshit," a nod to its supposedly more straightforward way of doing banking than the more traditional players. Yet banking, despite its etymological roots in words denoting faith and belief, is hardly the most trusted of modern realms.

"N26 is a modern bank for digital people," its founder and CEO Valentin Stalf told DW this week at the fintech-focused MoneyConf in Dublin.

"It's as easy to use as Spotify or Google Maps and it is a bank that saves you time, that is very transparent and that is less pricey than most of the other banks. It is completely focused on the smartphone. We are a smartphone bank, everything we do is optimized for smartphone use."

It is true that N26 charges no fees for basic banking transactions but it does have so-called "fair-use" policies in several countries, for example they have a limit on the amount of free ATM withdrawals a customer can have per month, after which they start charging fees.

It also has different price tiers for account holders; a free level (which Stalf says is staying free) a paid tier, known as Black and a more expensive super premium tier, which is launching this week.

According to Stalf, more than 30 percent of N26's customers already opt for a paid tier, leading to a considerable stream of revenue. The other income stream is from additional financial services that can be provided around accounts, such as overdrafts.

Such cheap, straightforward offerings appeal to younger users, particularly those undergoing a period of travel or spending some time living abroad. Along with that brand — as you would expect from a bank whose very existence is predicated on the rise of smartphones — it has a slick app and digital presence. Yet is this enough to justify its claim to be truly different?

"The bullshit in banking is that everyone always makes it more complex," Stalf argues. "So it is really cutting to the chase and saying: this is what you need and that is how the product works. You need an international transfer? It is not complex, it doesn't need to cost enormous fees.

"The second thing is not overwhelming the customers with a lot of options and just understanding what people need. You earn money, you want to make transfers, you want to have access to cash, maybe do some travel and have access to easy cash. It's basic features a lot of the time. 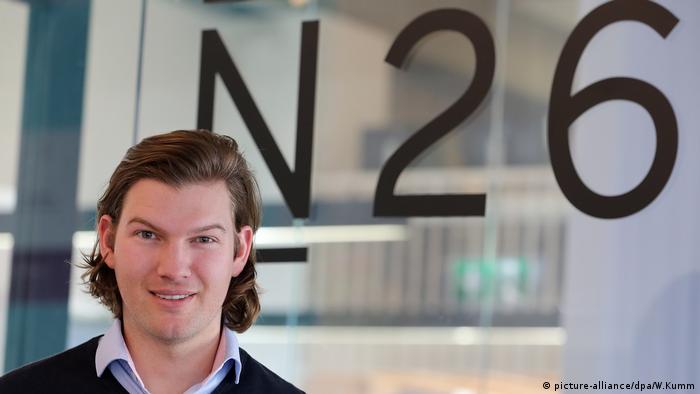 "The other thing with no bullshit is that it's all about the trust. Everything is complex and our promise is that at N26 we are a fair and transparent brand and we try to deliver you a great digital product and it's very simple."

Trust me, I'm a digital banker

But why should a customer trust N26 more than a bank that has been around for more than 150 years? There have been a few turbulent moments in N26's short history, not least in 2016 when the bank, with apparently scant communication, canceled hundreds of customer accounts, prompting uproar from some users. Among the reasons cited by the bank were fears over money laundering and also because customers were making too many ATM withdrawals per month.

"We do have to recognize that we are not able to cater to all clients with our product, as this would mean that the vast majority of our customers would have to bear the significant cost burden of a very small minority," the bank said at the time.

Yet N26 has powered on since then. In their most recent round of funding, the bank attracted $160 million (€135 million) from Allianz and Chinese internet behemoth Tencent Holdings. They are now targeting a customer base of 5 million by the end of 2020.

Trust has been an operative word at this week's MoneyConf event, with several leading fintech executives emphasizing that using digital and internet technology for financial services engenders a particular kind of trust. Stalf is no different.

"How is our trust created?" he asks. "The smartphone creates the trust. The smartphone and the transparency and the real-time access. You can see all the time your account balance. You can block your card, unblock your card, all by yourself. You can open up the account now and start a live chat. It is this direct access to consumers that the banks lacked for the last 20 years."

He also says that N26 is not motivated by profit in the same way he believes the traditional banks still are. Describing their reaction to growing demands for improved digitization as "really poor," he says most of the banks "still like earning too much money, basically."

This week, Stalf announced that N26 would open a new office in Barcelona before the end of the year, to complement their Berlin HQ, which currently employs 440 people. They also have plans to open in the UK and in the US over the next 12 months, their first steps into currencies beyond the euro.

Yet despite being based in the German capital, Stalf,  a 32-year-old Vienna native,  acknowledges that the German market has been a particularly tough nut to crack, with natural Teutonic caution (and an enduring love of cold, hard cash) guarding against placing trust in a new online bank.

Yet Stalf firmly believes that the world is changing so fast that people — even cautious Germans — will very soon be using a range of fintech services, such as his own.

"It is going to be much faster than all the people think," he says. "The transformation period, once you reach market penetration, is shifting. Maybe banking takes longer because people are locked in for longer. But I think there is no reason to be with a traditional bank anymore."

How secure are digital cash movements?