"Do you accept cards?" If you’re asking in Germany, there’s a good chance that the answer is no. The country has a curiously low cashless rate. Can the European economic powerhouse’s aversion to plastic payment continue? 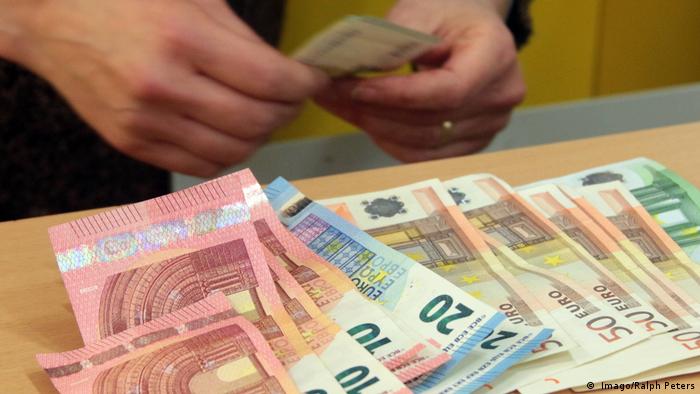 If there is a place where cash truly ought to be king, it's in one of the ubiquitous late night corner shops — known in Berlin as a Späti — seen on practically every street of the German capital.

Yet in recent times, Türkan Dogar brought a card machine into his small shop in the south-east of the city. He has to pay a monthly fee for it, but it's negligible enough that he doesn't recall exactly how much.

"Customers were asking regularly if we accepted cards, so in the end I got it because it's good for business," he says. If people spend less than €10 ($11.89) in his shop, they can still pay with card but then they have to pay a 50-cent surcharge.

Yet a stroll around the neighborhood quickly points to Germany's somewhat complicated relationship with plastic payment. Around the corner, at Erol's bicycle repair shop, card bearers are given short shrift.

"Cash-only here," says Erol as he stands beside an upturned bicycle in his navy overalls. "I like cash. It's warmer. If people don't have it, they can go to the cash machine and come back. I don't care!" he says with a laugh. "It works for me."

As anyone who has lived in Germany can probably attest to, paying with card — debit or credit — is not as straightforward as you might expect in Europe's largest, most powerful economy.

We all love to have a bit of cash but Germans particularly adore it. A European Central Bank (ECB) survey published in November 2017 found that at any one time, the average German has €103 in their wallet, far more than the citizens of any other EU country.

According to the research company Statista, 80 percent of all "point of sale" transactions (when you pay as you buy) in Germany in 2016 were made with cash, compared with 68 percent in France and just 46 percent in the Netherlands.

Since the euro became a physical currency in 2002, the German Bundesbank has issued more notes of it than all the other euro currency central banks combined. And as you would expect with such a national predilection for hard cash, the amount of card terminals in Germany — although the figure went up dramatically a couple of years ago — is still proportionally much less than in other major European economies.

Perhaps the most illustrative statistic of all is provided in a September 2017 ECB report on the main cashless instruments used in EU countries in 2016. Of all cashless payments made in Germany that year, just 19 percent were made with cards, the lowest of any country. To put that figure in context, the corresponding figures for the UK and France were 53 and 65 percent respectively.

So, many Germans prefer cash and aren't overly keen on cards. But why? 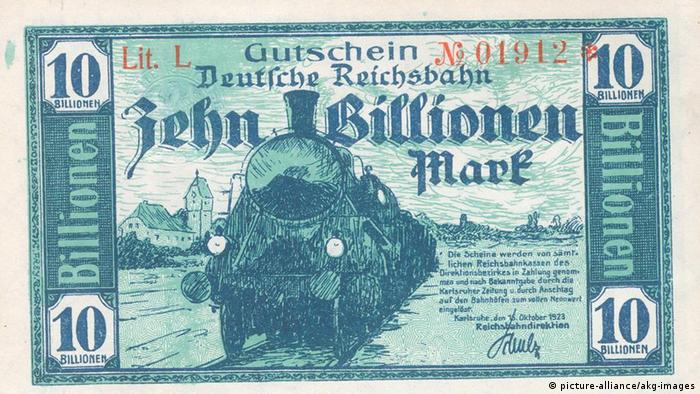 The reasons given by social psychologists, historians and commentators are various. From the collective folk memory of painful historic events such as the severe hyperinflation in the Weimar Republic era, to an intense desire for privacy and a distrust of any form of surveillance, theories abound.

There are also the deeply entrenched cultural elements specific to Germany. The German Historical Museum in Berlin is currently running an exhibition called "Saving: History of a German virtue," highlighting the way in which the concepts of frugality, aversion to debt and financial caution (themes not always consistent with credit card usage) have influenced German life over the years.

The German word for debt, after all - Schuld - also means guilt.

Cash is king, but cashless wants the throne

A trend towards more cashless systems has been evident globally for several years now, particularly in highly developed economies but also in poorer countries.

In Europe, countries such as Sweden have become highly cashless while the total number of non-cash payments in the EU increased by 8.5 percent to 122 billion in 2016, with card payments accounting for half that number.

There are plenty of economists who argue that a cashless future will be a good thing in Germany and elsewhere, eliminating tax evasion, thwarting illegal activity which thrives on "black money" and cutting the significant costs associated with cash-based transactions, such as the transport of cash.

Peter Bofinger, a member of the German Council of Economic Experts, supports an outright ban on cash, for example. Yet there are many who profoundly disagree, such as Max Otte, a German economist who founded the "Save our Cash" campaign two years ago.

He told DW that he regards the prospect of a cashless society as a "horror scenario" which means "total control and the complete abandonment of our personal data." He also sees it as a means of helping banks introduce negative interest rates, a somewhat controversial policy instrument aimed at discouraging saving.

He says the question to ask is not why Germans prefer to use cash but why others want a cashless system. He believes there are "very powerful forces" in the worlds of banking, business, politics and tech driving a push towards a cashless society, with one of the primary motivations being the collection of private data on citizens. 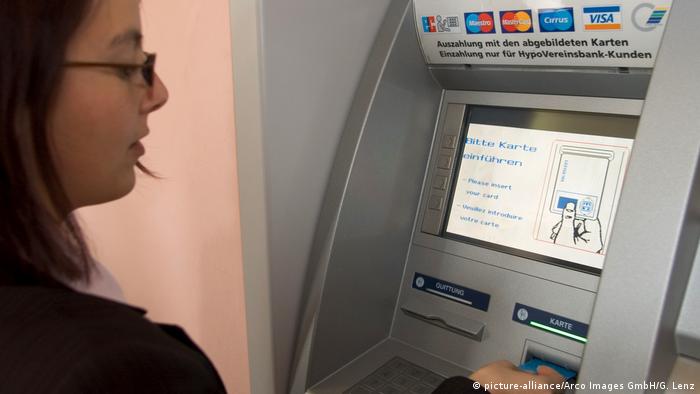 "It is the perfect control instrument for those who want to control us, and an instrument of anti-privacy," he said. "It may be an effective and efficient society but it is not a society that I would feel particularly comfortable in."

Many Germans clearly agree with him. Attempts to limit the usage of cash in the country continue to meet with strong resistance. In 2016, the German Finance Ministry proposed a cap of €5,000 on cash transactions, a familiar concept in many European countries but one which prompted a "Hands off our cash" campaign from the tabloid Bild, the country's best-selling newspaper.

The populist AfD political party has also gotten in on the act in recent years, identifying the cash issue as one which chimes with its other nationalist causes.

With places such as Türkan's Späti, or in the many German shops and restaurants increasingly using mobile payment systems such as that provided by the company SumUp, the trend towards more cashless options looks set to continue, despite the opposition of Otte and many others across the political and economic spectrums.

Yet the idea that such systems could one day replace cash as the primary method of payment appears not to have reckoned with some of the most important and powerful modern German traits — caution, a desire for privacy and above all else, the enduring force of memory.