Debit cards and credit transfers are increasing globally, largely due to growth in emerging markets, according to the 2017 World Payments Report. While check use continues to decline, cash remains in the mainstream. 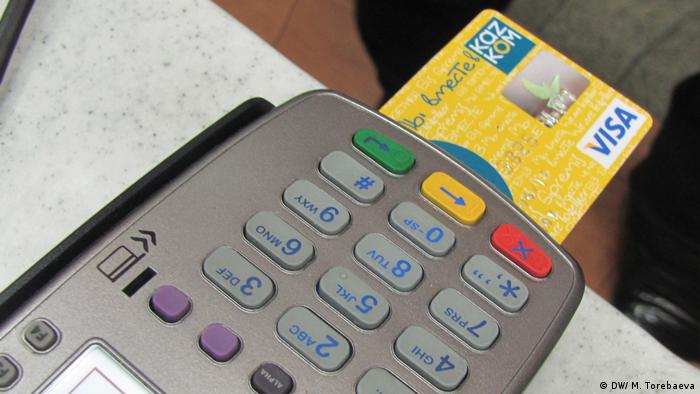 Global non-cash transactions have seen a sharp growth during 2014/15 to reach a global volume of 433.1 billion. That's according to the World Payments Report, an annual analysis of the global non-cash transaction market and a review of key regulatory and industry initiatives compiled by consulting firm Capgemini and French banking group BNP Paribas.

The 11.2 percent growth, the highest of the past decade, was largely driven by developing markets, which recorded a 21.6 percent increase in 2015 while mature markets grew at a subdued rate of 6.8 percent.

Here are six main takeaways from the report.

According to the report, the 11.2 percent growth was largely driven by two regions: Emerging Asia and CEMEA (Central Europe, Middle East and Africa). The former, which includes Malaysia, Thailand, Indonesia, Philippines, Taiwan, Pakistan, Sri Lanka, and Bangladesh, saw a 43.4 percent growth, while the CEMEA logged in at 16.4. percent. 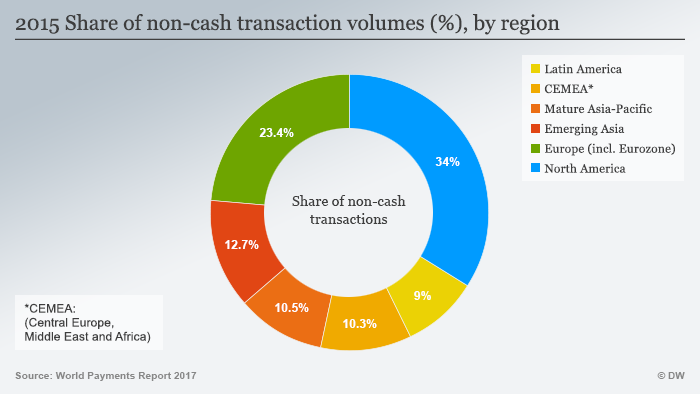 Mature markets (parts of Asia-Pacific, Europe and North America) held their growth rate at 6.8 percent. Within the top-10 markets for non-cash transaction volumes, China climbed to third place after the US and EU with $38.1 billion transactions, surpassing 2014's number three Brazil.

Although emerging markets are catching up fast, mature markets made up 70 percent of all existing payments volumes in 2015.

Europe recorded small growth rates between 7.3 and 7.5 percent. Some countries, including Germany, Spain, Ireland, Sweden, Finland and Denmark not only experienced "accelerated growth." Of those nations, in turn, such as Denmark and Finland, also had higher per capita transactions. 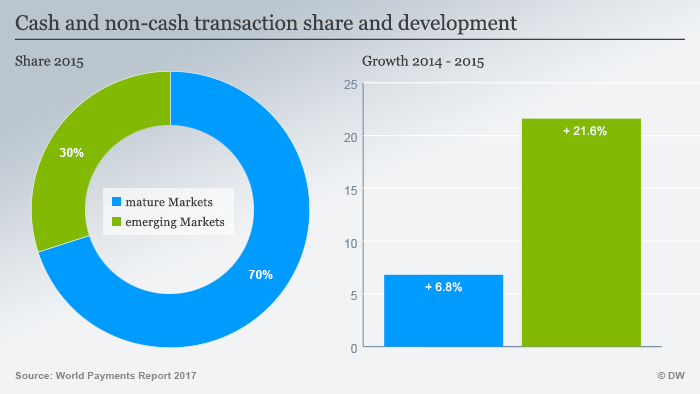 Overall, payments by cards grew faster than other instruments, which the publishers of the report say is an "indication of superior convenience and security, particularly for in-store and online purchases." Of all global non-cash transactions, cards increased their share by 1.2 percent.

In regards to credit card transaction volumes, which grew almost 11 percent globally to $85 billion, Emerging Asia recorded the highest growth with 76.1 percent. "In the coming years," according to the report, the market share of credit card transactions will further decrease due to "the interchange fee cap in Europe, rising costs of credit card issuance, and the reluctance of banks to issue credit cards in an uncertain economic environment."

Checks were the only non-cash payment instrument to decline in use in 2015, namely by 13.4 percent globally. In North America, for instance, checks' percentage of the payments' mix dropped from 17 percent in 2015 to 9 percent four years later. All other regions saw the percentage halve or even decline two thirds, like in Emerging Asia. In CEMEA, checks played virtually no role.

The authors attribute the ongoing fall to a "growing usage of electronic payment methods." While some countries, including the UK and Australia, plan to get rid of checks altogether in the "near future," according to the report, "no other country's authorities have set a date on phasing out check usage." 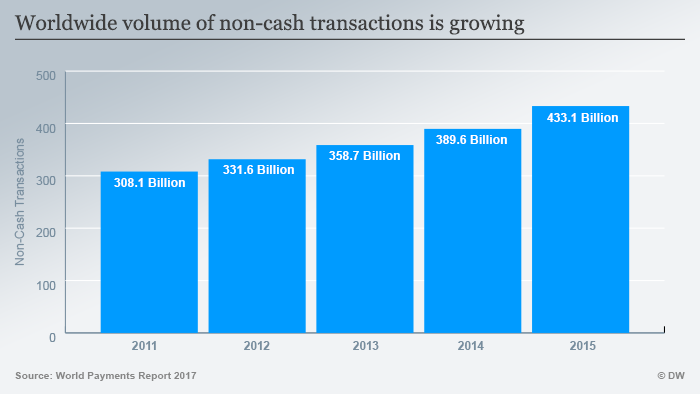 Unlike checks, cash continues to play the leading role in payments, especially for low-value transactions such as "payment for food and personal care supplies, general merchandise, and gifts." Other key factors listed in the report include the anonymity of transaction associated with cash as well as a lack of modernized payment infrastructure and access to banking systems in emerging markets.

Although the share of cash in the total payment volumes is declining in the majority of countries, cash in circulation (CIC) remained stable or increased slightly over the past five years. This continued rise in the total share of cash in overall GDP could become an "impediment to the transformation into digital, or cashless economies," according to the report.

Countries with a higher CIC to GDP ratios, including several in Asia-Pacific, have an "opportunity to increase per capita non-cash transactions and transform into digital economies," the report says, citing India's turbulent demonetization initiative from 2016, which helped "increase digital payments including POS, mobile, and wallet transactions."

The authors of the report expect cash to continue to stay in the system "for a longer term than estimated."

The cashless world - A realistic scenario?

At the beginning of 2018, the revised Payment Services Directive (PSD2) will come into effect. It builds on the original directive from 2007, which provided a legal framework for payment service providers and was instrumental for the implementation of the single euro payments area (SEPA).

PSD2, whose goal is to foster an efficient, safe and integrated EU payments market, is expected to "transform the payments value chain, innovate business models, and renew customer experience," according to the report. 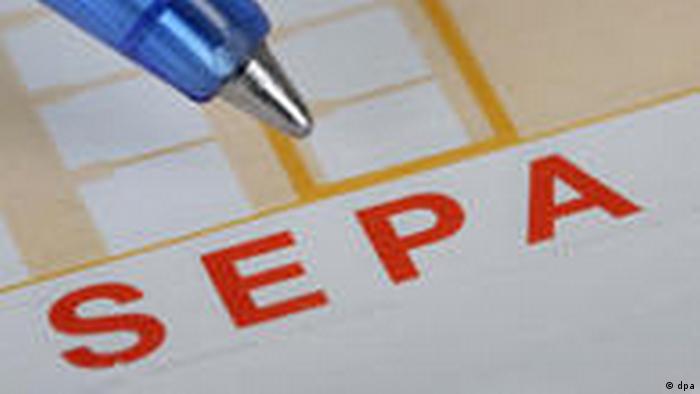 The Single Euro Payments Area (SEPA) replaced national payments in the Eurozone in 2011 and became fully operational in 2014.

The report sees PSD2 as an "important step toward becoming a fully interoperable digital market" for Europe with "far-reaching effects across banks, PSPs, FinTechs, and Corporates."

As "strong customer authentication" and other security rules likely won't come into effect until April 2019, however, the time gap between PSD2 implementation next January and said security roles might create confusion or over-regulation of third-party payment service providers, including Fintech companies. 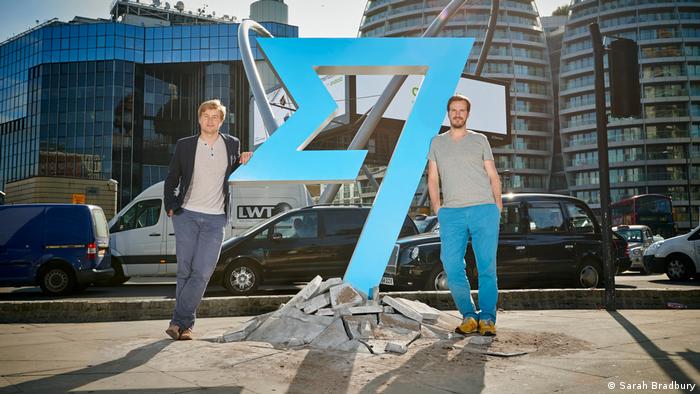 Fintechs like London-based TransferWise are "key benefactors of PSD2," according to the World Payments Report, as "access to customer accounts will help widen product offerings while providing deeper segment-specific solution"

What's more, complexity, created by lack of standardization, means they have to make investments in order to comply with regulations and avoid penalties. Other challenges might arise from a "lack of clarity on implementation of security standards and proprietary interfaces," possibly resulting in a dependency on banks for "future innovation."

Thanks to regulations like PSD2 and various industry initiatives, however, third-party players will "catalyze regulation to improve the collaborative atmosphere in the ecosystem," the report states, "as access to customer accounts will help widen product offerings while providing deeper segment-specific solutions."

Berlin 24/7: Lost without cash in Berlin

Berlin is a world city - say the Berliners. No way, says DW's columnist Gero Schliess. When it comes to cash, Berlin still lives in the Stone Age - and the best arguments won't convince it otherwise. (04.06.2017)

The German government's plan to limit cash payments to a maximum of 5,000 euros has triggered a heated debate about the pros and cons of cash. DW's Zhang Danhong is not convinced by arguments against paper money. (05.02.2016)