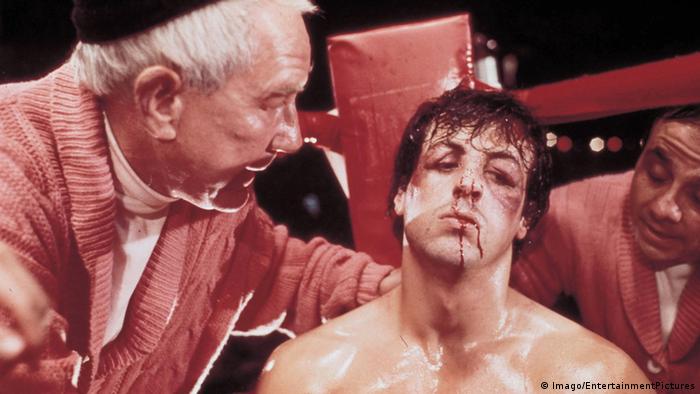 Back in 1989, Deutsche Bank was regarded as solid and reputable. A bit uptight, maybe, but definitely the financial center of "Deutschland AG", or "Germany Inc.", as the country's network of business and political connections was dubbed at the time. It was also the year when a certain Christian Sewing started as an apprentice with the bank. But more on that later.

Back then, the bank's culture was "conservative" and "consensus-oriented," says David Folkerts-Landau, now its chief economist. Deutsche served all customer groups, from private savers to SMEs and large industry. Germans called this business concept "Universal Banking". It might have been old-fashioned but was, at least for their standards, fairly profitable.

In London and New York, however, banking had evolved to a whole new level. Here, investment bankers saw themselves as "Masters of the Universe". They traded bonds, hedged their bets, financed hostile takeovers, and raked in gigantic profits and bonuses. Viewed from the City and from Wall Street, Germany's banking champion seemed boring and provincial.

But in Frankfurt, Deutsche's top brass wanted to join the party. In 1989, the bank bought Morgan Grenfell, a leading London investment house. In 1995, it hired Edson Mitchell, a star on Wall Street. And in 1998, it acquired Bankers Trust, an American investment bank with 20,000 employees. Within a few years, the sleepy German bank had turned into a global player.

"With the acquisition of Bankers Trust, Deutsche Bank had brought a new culture into the bank," Zacharias Sautner, professor at the Frankfurt School of Finance and Management, tells DW. "From then on, the shots were called in New York and London - by investment bankers who had no connection whatsoever with Frankfurt and Germany." 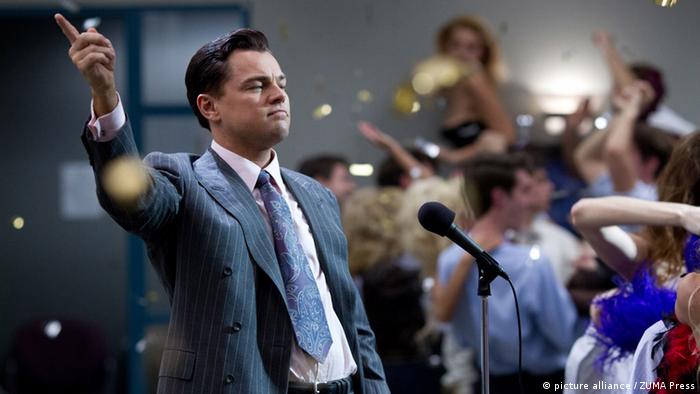 Grand ego, grand gestures: Leonardo diCaprio as a trader in the movie "The Wolf of Wall Street"

Asked by DW, Deutsche Bank declined to comment and referred to what its chief economist, Folkerts-Landau, had told the Handelsblatt newspaper in May. Deutsche's management made "fateful mistakes" and did not grasp what they were getting into, he said. "At the time, few members of the managing and supervisory boards of Deutsche Bank had fully understood the securities trading business."

And so the reins were left to investment bankers, representatives of an "extremely competitive and individualistic business culture [...] in which everything was subject to quick profits," according to Folkerts-Landau.

Driven by testosterone, bonuses and drugs — this is how investment bankers are usually portrayed in Hollywood films. Even if that were true, it would only be partly so. Investment bankers do trade in shares, bonds and derivatives, but they also advise companies on IPOs and takeovers, says finance professor Sautner.

"Usually, they are very clever people. Some of our best graduates go into investment banking," Sautner says. "But loyalty to the employer is low in investment banking. If a competitor makes a more attractive offer, people leave."

In order to keep their high rollers happy, banks have to hand out huge bonuses. And their compensation systems are designed to reward short-term success — not exactly a sustainable business model. 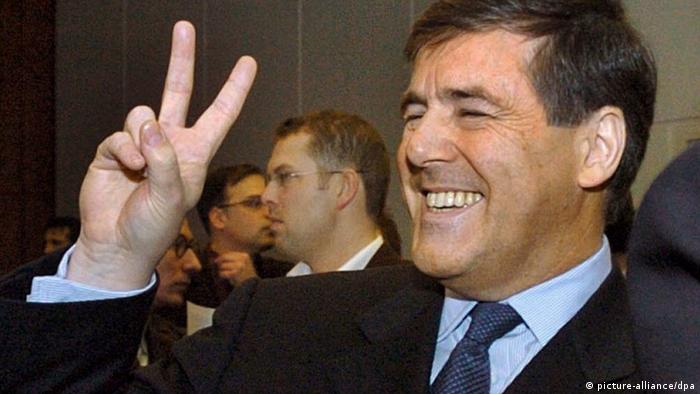 Grand ego, grand gestures: Back in 2004, Deutsche Bank CEO Ackermann saw himself as a winner

Josef Ackermann, spokesman of Deutsche's management board from 2002 to 2012, became the symbol of this period. He continued what his predecessors has started, and focussed on maximum profit. The goal was 25 percent return on equity, Ackermann announced in 2005 — in line with big Wall Street institutions, but unheard of for a German bank. He also re-organized the Deutsche's management structure, with himself as a US-style CEO.

In the same year, the financial crisis erupted, shaking the industry to its core. Within a short period, the five largest investment banks on Wall Street disappeared — they went bankrupt, were taken over, or gave up their status. In an attempt to avoid a financial meltdown, the U.S. Federal Governement forced all major banks to increase their capital with government loans.

Germany's government did not act as decisively, and did not force banks to accept capital injections. They were considered as medicine for losers, and Deutsche's CEO Ackermann boasted he could do without government money. 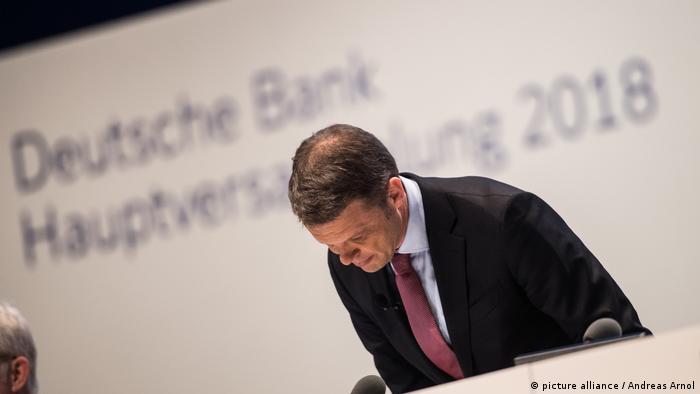 Back to the future: Deutsche Bank's new CEO Christian Sewing wants to focus on Germany

For many years now, Germany's biggest bank has been trying to reinvent itself. But the process of shedding its skin proved more difficult and took longer than expected. While UBS and other European banks reduced their investment banking after 2012, Deutsche even expanded this division under Ackermann's successors Jürgen Fitschen and Anshu Jain. "They wanted to pick up business that was left over by others," Thomas Mayer, Deutsche's chief economist until 2012, tells DW. "That was a fatal mistake."

The new leaders also failed to bring the promised "cultural change". And how could they? Before becoming co-CEO, Anshu Jain had been Deutsche's top investment banker. In the heydays of 2005, his department generated half of the bank's profits, according to business publication Wirtschaftswoche.

After Jain and Fitschen, John Cryan was tasked to clean up the bank. But "Cryan was too hesitant and too distracted by legal troubles to correct the errors of the past quickly and thoroughly," said Mayer, who now works for Flossbach von Storch, an asset managing firm. "As a result, Deutsche Bank has lost almost six years."

Sewing the seeds of success or failure?

Since April, it's up to Christian Sewing to lead the bank into the future - which might turn out to look a lot like the past. In 1989, Sewing began his career as an apprentice at Deutsche Bank; he has spent most of his professional life there. His plan: less investment banking, more focus on business in Germany.

The question is how much time he has left. With every piece of bad news, the bank's shares tumble further. "The stock market has lost patience and now expects either a take-over or a liquidation," Mayer says.

Finance professor Sautner disagrees. "The bank is too important for German politics and German businesses to be allowed to fall into foreign hands." He rules out a bankruptcy and believes German companies would provide additional capital in case of need. "German industry needs a successful Deutsche Bank."

But Deutsche's suffering is far from over. As the bank gets rid of business activities, it also loses turnover. After a string of losses in recent years, the next quarter will also be weak, CFO James von Moltke recently announced.

"It will probably take five to ten years to reap the fruits of the current strategic changes," says Sautner. "We can only hope that in the meantime, there won't be another financial crisis." For Germany's former banking champion, that would probably be the knock-out.

Opinion: Deutsche Bank — Is this the last bullet?

Deutsche Bank's new CEO has no time to lose. He has only one chance to get the embattled financial giant back on its feet. If he fails, Germany's biggest lender will be history, writes DW business editor Henrik Böhme. (26.04.2018)

Deutsche Bank is cutting at least 250 investment banking jobs in locations including London and the United States as it seeks to keep a lid on expenses amid a sustained slide in its securities unit. (19.02.2018)