What next for London, the world′s second-largest financial center? | Business | Economy and finance news from a German perspective | DW | 31.12.2020 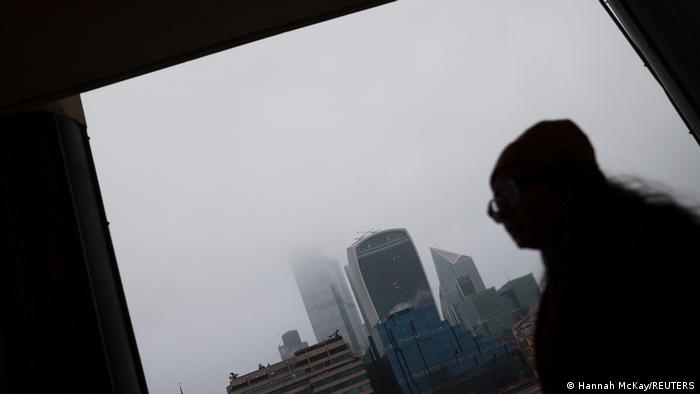 The new UK-EU trade deal came into effect on Friday, giving Britain unprecedented market access to one of the world's largest trading blocs — despite its messy divorce from Brussels.

The long-awaited agreement, sealed just before Christmas and approved by the UK Parliament on Wednesday by 521 to 73 votes, smooths the way for both sides to trade with zero tariffs and zero quotas. It is likely to be approved by the European Parliament in the new year.

While the deal has been hailed a success by both sides for the trade in goods, it offers scant comfort for the UK's financial services sector and especially the City of London, the world's second-largest financial hub.

At Britain's request, services were kept out of trade talks with Brussels to spur negotiators to forge a deal in a few months. But the tactic has left the UK's financial sector with only limited access to the EU market, which is worth around £30 billion (€33.2 billion, $40.1 billion) a year.

What must be agreed next?

From January 1, 2021, UK financial firms lose blanket access to the EU and will instead have to rely on a patchwork of regulations from individual member states. To maintain similar pre-Brexit links, Britain is reliant on Brussels granting regulatory equivalence to its financial services sector.

So far, Brussels has only given temporary equivalence in two areas, for derivatives clearing houses and to settle Irish securities transactions. Permanent equivalence will only be given if the UK can show that its regulatory regime for financial services will remain as robust as the EU's.

The only mention of financial services in the post-Brexit trade deal is that both sides plan to negotiate an agreement, with a preliminary deadline set for March. But some trade experts think it will take Brussels several more months to grant fuller access to UK-based firms.

Even if and when they are granted, the EU's system of equivalence can be withdrawn at a month's notice, which would leave London vulnerable.

Britain's financial sector had wanted to retain so-called passporting rights, which would allow banks to trade with the EU with ease. But Brussels insists the policy is reserved for members of its single market — a perk that Britain has now lost.

London has complained that the EU's equivalence regulations are too restrictive and wants to push for outcomes-based rules instead. That would mean that even if the UK and the EU differ at times, both sides would seek to achieve the same end result.

Why finance is so important to Britain

Financial services generate 7.2% of the UK's economic output and bring in 11% of total government tax revenue. The sector employs more than 1 million people.

The City of London business district has built itself into a world leader in forex trading — more than 30% of global currency trading goes through the UK capital.

As well as being Europe's financial hub, although it is challenged by Frankfurt and Paris, London is fast catching up with New York, according to the latest Global Financial Centres Index, which measures the competitiveness of the world's top finance hubs.

Former UK Prime Minister Theresa May who negotiated an initial Brexit deal with the EU hit out at her successor Boris Johnson on Thursday for not getting a financial services agreement saying it would be a massive blow to the UK economy.

What steps have financial firms taken?

Since the June 2016 Brexit vote, financial firms in London have set up new offices in EU cities including Frankfurt, Amsterdam and Dublin and have moved a trillion pounds in assets to avoid major disruption. So far, some 7,500 UK financial services jobs have been lost to EU states, with many more likely in the next few years post-Brexit.

Banking giants Morgan Stanley, JPMorgan and Goldman Sachs have led the way, shifting more than €350 billion in combined assets from London to Germany. More than 60 international banks have also signed up with the German financial regulator BaFin.

Before Brexit, Frankfurt was mostly focused on commercial banking, but the UK's EU divorce has created an opportunity for the German city to become an investment banking hub. 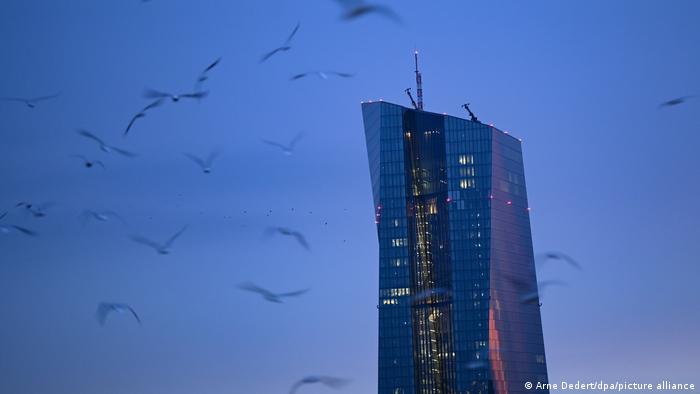 ​​​​​​Frankfurt is home to the European Central Bank (ECB)

Could this be the end for the City of London?

London still has a towering lead over rivals Frankfurt, Milan and Paris when it comes to trading stocks, currencies and derivatives, and playing host to asset managers.

To help maintain London as a global financial center, Britain is allowing EU firms to stay for up to three years, in the hope they will apply for permanent UK authorization. Britain is also unilaterally allowing financial firms in the EU to offer selected services like credit ratings directly to British customers.

Financial firms say shifting more capital out of London than is necessary under Brexit would cause unnecessary and costly market fragmentation. But in the longer term, if the EU takes a tough line on equivalence, the attractiveness of London as a financial hub would diminish.

Mairead McGuinness, the EU's financial services chief, has warned that Britain's huge financial sector will never again have the same access to the European Union as it did when the country was a member of the bloc. She says Brexit makes it "even more urgent" for the EU to develop its own capital market to cut reliance on the City of London.

Despite the dark clouds, investor confidence in the UK financial district remains robust, according to new figures. The City of London Corporation said earlier this month it had received 7% more land planning applications by developers and investors in November than in the same month last year.

Alastair Moss, chair of the planning and transportation committee at the City of London Corporation, said: "These sustained high-volume development figures show the City continues to be an attractive and world-class location for developers and investors, despite the pandemic."

The deal, concluded earlier this week, sees the UK leaving the bloc with unprecedented tariff-free access to the single market of 450 million consumers. Britain has said it wants to maintain close ties with the EU.