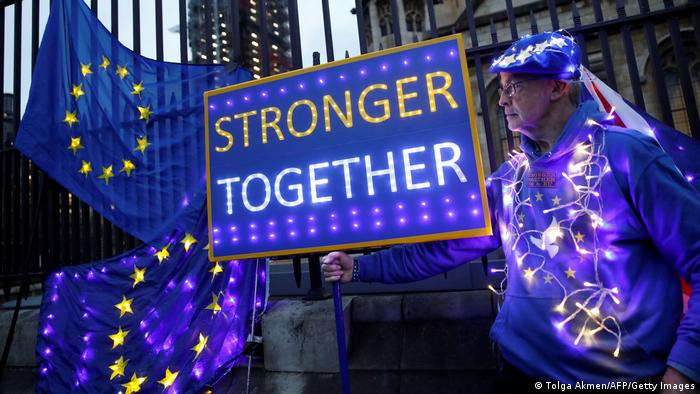 Britain's prime minister and European Union negotiators apparently love Brexit drama. They can prove to an annoyed public, particularly in the UK, that they fought to the end to preserve their own interests. The Christmas Eve deal could have been made three or even six months ago. Aside from a few marginal changes surrounding fishing rights, it's more or less what the EU offered the UK over the summer.

With a blend of chutzpa and naive populism, Britain's impish prime minister, Boris Johnson, is presenting the deal to his citizenry as a resounding success. The promises from the Brexit referendum in 2016 will all be implemented, he says. That is wrong. The deal is a classic compromise, like all trade agreements. No single regulation is better than what the British already had as members of the EU. The comprehensive agreement that is now set to take force is a slimmed-down internal market that sets the stage for both sides to move further apart from one another in the future. From climate protection and science to transportation and the fight against terrorism, the UK and EU want to continue their trusting cooperation. Whether this trust is still justified after the UK's antics during the negotiation process remains to be seen from the European perspective.

One example of those who lose out in Brexit is British students, who can longer participate in the Erasmus exchange program. It was deemed too expensive for the UK government. It will also now be more difficult for young academics from abroad to study at expensive British universities. That will ultimately be a higher price for British society to pay than whatever the Erasmus fees cost.

This sensible program was one of the many sacrifices made at the Brexiteers' altar of neo-nationalism. The shrewd populist Boris Johnson pulled at the British public's sovereignty heartstrings. He claims to have taken back control that the UK — but, in truth, he never really relinquished to Brussels. No EU member state is ruled by a diffuse occupying power in distant Belgium. Everyone collaborates on legislation. Everyone is beholden to the court of law. Nobody is forced into membership.

The misleading notion of sovereignty

Johnson is now talking about how Great Britain has become independent again. Independent from whom? The prime minister and his Brexit cronies are clinging to an idea of sovereignty from the last century, when British ships ruled the seas as part of a global empire. Today, any state that wishes to participate in trade and international relations must give up a small portion of its sovereignty to enjoy the benefits of cooperation. Membership in the World Trade Organization, the United Nations, NATO, and also the EU, comes with obligations and rights both big and small. Nobody has to give up independence and statehood for this.

In the same vein as the Brexiteers, there are the populists in countries like Poland and Hungary, who also feel patronized, occupied or even enslaved by the EU, an organization to which they voluntarily belong.

In the middle of a pandemic that has hit the UK hard once again, Boris Johnson should have realized that there are more important things than chasing nationalist fantasies. The links between Britain and the EU are too close. Just two days of the Channel Tunnel being shut showed him how vulnerable the UK is. This experience may have spurred London to reach an agreement with Brussels. A hard exit from the internal market into a world of WTO rules would have been a death knell for the already badly shaken British economy.

A year ago, after Brexit became official, Boris Johnson spun the yarn that the UK would throw off the EU shackles and negotiate lucrative trade deals around the world. What has become of that? Nothing. There is not even the idea of an agreement with the two other largest trading partners outside the EU: China and the United States. The UK has signed agreements with Singapore and Japan, but they are almost identical to deals that the EU had already negotiated with those two countries. The British simply copied them. These two agreements also only account for a small fraction of annual trade volume.

The bottom line is that Brexit is and remains a sham. The British were better off with the EU — and without the bloviating Boris Johnson.