Under Joe Biden, can US Middle East policy be reversed? | Americas | North and South American news impacting on Europe | DW | 18.01.2021 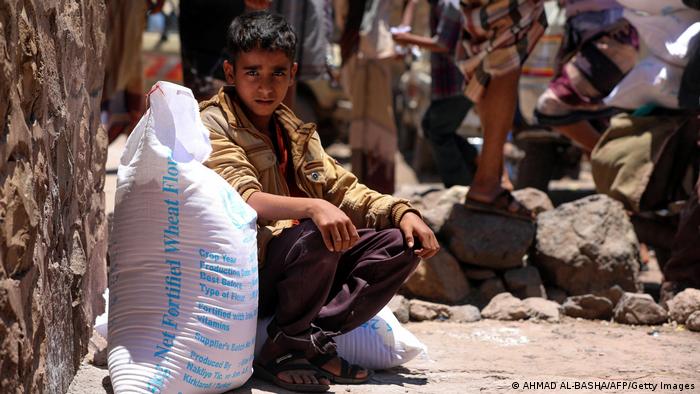 After years of war, around 80% of Yemenis are dependent on humanitarian aid

Over the past fortnight, the outgoing Trump administration has rushed to cement its foreign policy plans in the Middle East. Last week, the US designated the Iran-allied Houthi rebels in Yemen as a foreign terrorist organization and placed sanctions on an Iraqi military official and several Iranian organizations. In December, it recognized Moroccan sovereignty over disputed territory in the Western Sahara area.

All these actions have served to alienate Iran and boost Israel in the region, moves that many American voters might well agree with. Yet the most recent initiatives have also been heavily criticized.

Designating the Houthis a foreign terrorist organization could hamper aid agencies working in war-torn Yemen, they argued. It could unleash "a large-scale famine on a scale that we have not seen for nearly 40 years," a UN official said.

Meanwhile, Iraq's foreign office described US sanctions placed on Iraqi official, Faleh al-Fayyad, last week as "unacceptable and surprising." Al-Fayyad is the head of local paramilitaries known as the Popular Mobilization Forces, known to be supported by Iran. Sanctions like this "provoke reactions from the Iraqi political system, perhaps forcing foreign [US] troops out of Iraq," analyst Sajad Jiyad warned earlier in a July 2020 policy brief.

The US recognition of Morocco's sovereignty over the Western Sahara in December, one of the world's longest-running territorial disputes, has also met with widespread disapproval. The latter was seen as an American "thank you" to Morocco for officially reestablishing tieswith Israel. 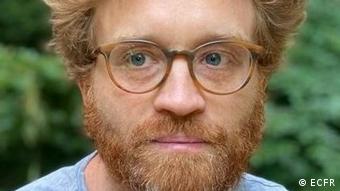 The Trump administration is 'trying to lock the US into a certain direction': Julian Barnes-Dacey

"This is Trump playing domestic politics with foreign policy to the bitter end," said Julian Barnes-Dacey, director of the Middle East and North Africa program at the European Council on Foreign Relations.

"As the clock is ticking down, they're trying to energize their political base and possibly cement some kind of legacy. They're trying to lock the US into a certain direction, to prevent Biden from reversing it."

But will the incoming Biden administration reverse these moves? And even if they want to, how long and how complicated would that process be?

"In theory, some changes could be quite easy," said Marina Henke, professor of international relations at the Hertie School, a post-secondary institute teaching public policy in Berlin. "Technically, many could be done in a day."

For example, the decision on Morocco and the Western Sahara was in the form of a proclamation made by Trump. This has no force of law unless the US Congress authorizes it, and can simply be reversed by another proclamation from the new president. 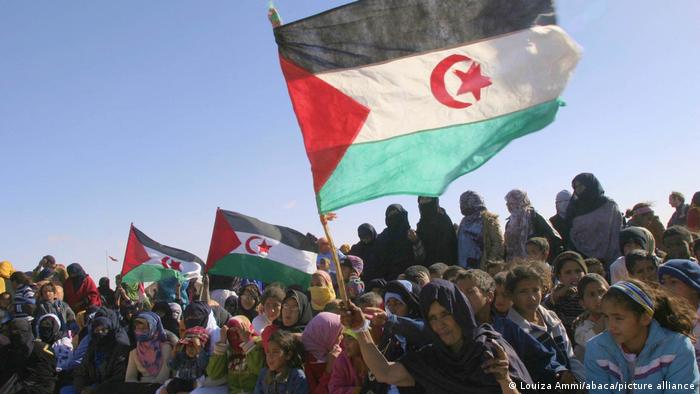 Executive orders and presidential memorandums work the same way. They can be rolled back with another executive order or memorandum from the incoming president, Joe Biden.

Designating a foreign terrorist organization is slightly more complicated, but not by much. The process goes like this: The secretary of state must announce his intention to do so, then members of Congress have seven days in which to lodge any objections. In fact, Congress had until last Sunday to object to the designation, although nobody did.

Willing to negotiate with terrorists?

"Congress has obviously been busy with other things," Henke told DW. But, she added, "this is also where it gets a little more problematic."

Outgoing Secretary of State Mike Pompeo has created "a narrative" around delicate foreign policy issues that matter to US voters, said Henke — issues involving Iran, China and Cuba. "If Biden moves too quickly, Republicans can complain that he's willing to negotiate with terrorists. And not a single member of Congress wants to be described like that. But if they just wait a couple more days, the president can change this with a stroke of his pen," said Henke.

There may also be some foreign policy moves by the Trump administration that the new US leadership doesn't wish to row back. "The normalization of Arab relations with Israel is something that enjoys bipartisan support," Barnes-Dacey told DW. The plan to move the US embassy to Jerusalem is also unlikely to be undone, he said.

Where concern is high, such as with the humanitarian situation in Yemen, "Biden may end up trying some sort of workaround rather than directly confronting this. For example, exemptions or waivers would be one way to get around obstructions to humanitarian aid," Barnes-Dacey argued. 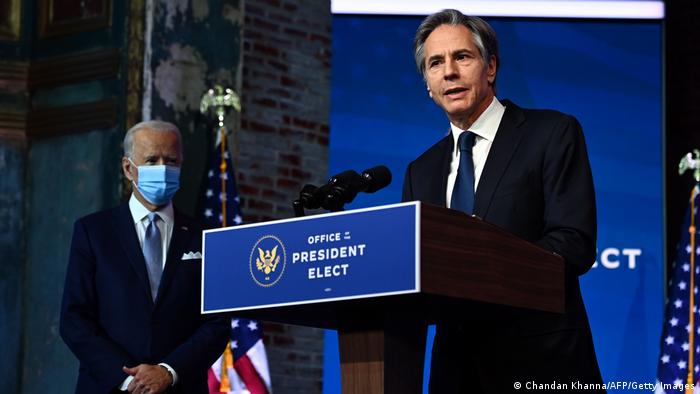 "It is about political will," agreed Arie Perliger, a professor of security studies at the University of Massachusetts Lowell in the US. "Executive orders can quickly push forward in a specific direction and they can work pretty fast. Congress doesn't have to get involved. However, if you're talking about state actors — like Iran or Syria, or some of the actors in Iraq — that will be much more difficult."

Running out of time for Iran

"In my view, the key issue is a return to the Iran deal," said Ian Black, a senior fellow at the London School of Economics' Middle East Centre. "The pressure for that is very high, even though the Trump administration has worked very hard to ally the Gulf states with Israel, against Iran."

Experts have already warned that the Iran deal — officially, the Joint Comprehensive Plan of Action — will take a lot longer to revive. The complex layers of sanctions on Iranian organizations and individuals, with many more added both before and after President Trump withdrew the US from the deal in May 2018, are likely to take months to work through.

"It could take at least a year," said Perliger. "There are also a lot of domestic problems here and if anyone in Europe or the Middle East expects things to go fast there, they're going to be disappointed."