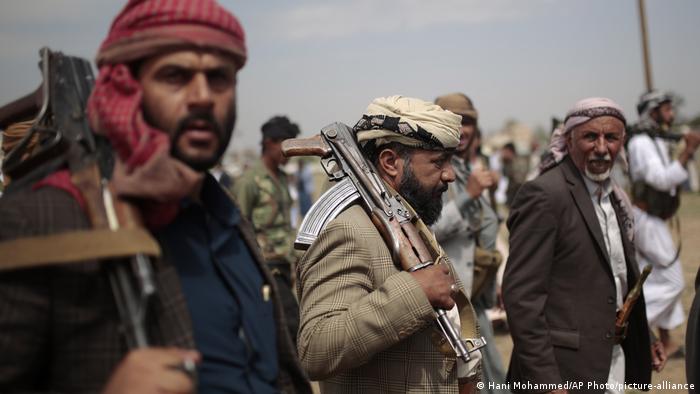 United Nations aid chief Mark Lowcock will urge the United States to reverse its plan to designate Yemen's Houthi group as a foreign terrorist organization, in a planned Thursday briefing to the UN Security Council, seen by news agency Reuters.

The move would push the country into a "famine on a scale that we have not seen for nearly forty years," Lowcock will warn the US.

A US plan to issue licenses and exemptions to aid agencies will not prevent a famine in Yemen, the aid chief will add.

US Secretary of State Mike Pompeo said on Sunday 11 that he intended to designate the Iran-backed Houthi movement in Yemen as a "foreign terrorist organization."

The designation would provide additional tools to confront terrorist activity and terrorism by the Houthi movement, Pompeo said.

Diplomats and aid groups are concerned such a move could threaten peace talks and hamper efforts to deliver aid to what the UN calls the world's largest humanitarian crisis.

Who are the Houthis?

The Yemen Houthi movement emerged in the 1980s, forming a broad tribal alliance in Yemen's north based on a revival of Zaydism, a branch of Shia Islam, in opposition to an expanding Salafism.

They were also motivated by what they saw as Saleh's economic discrimination of the north.

They formed a militia in the early 2000's. After various rounds of fighting and the Arab Spring, the Iran-aligned movement took control of Yemen's northern capital Sana in 2014.

Yemen's Saudi-led internationally-recognized government and southern separatists have been waging a deadly war with them ever since.

The warplanes struck targets in Sanaa a day after explosions and gunfire hit an airport in the southern port city of Aden. The Saudi-led coalition blamed the attack on Iran-aligned rebels.