The warplanes struck targets in Sanaa a day after explosions and gunfire hit an airport in the southern port city of Aden. The Saudi-led coalition blamed the attack on Iran-aligned rebels. 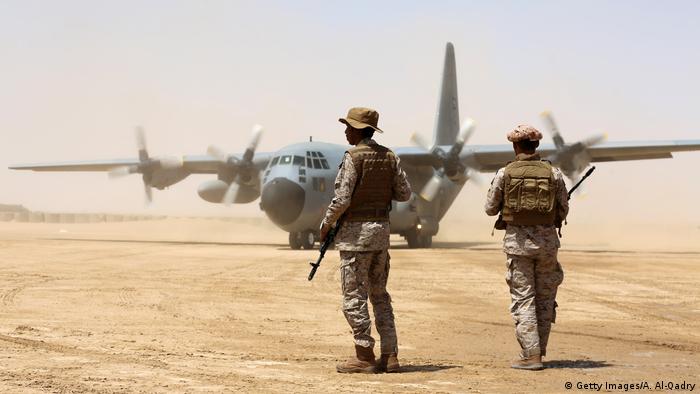 Thursday's coalition air strikes targeted Sanaa airport and several other sites in and around the city, according to eyewitnesses.

The Houthi-run Al-Masirah television said the coalition planes hit at least 15 locations in different districts in Sanaa. There were no immediate reports of casualties.

The strikes came a day after attacks in the southern port city of Aden – shortly after a plane carrying the newly formed government arrived there from Saudi Arabia. Hours later, a second blast hit near the presidential palace.

Members of the new government made it safely to the city's presidential palace, according to witnesses and Saudi media reports.

Riyadh and regional Arab allies accused the Iran-aligned Houthi movement, which they have been fighting for six years, of staging both attacks. At least 25 people were killed and dozens more wounded in Wednesday's airport attack.

There was no immediate reaction from Houthis, who had earlier denied responsibility for the airport attack.

"The government is determined to fulfill its duty and work to restore stability in Yemen," Foreign Minister Ahmed bin Mubarak told AFP news agency. "This terrorist attack will not deter it from that."

The government of President Abed Rabbo Mansour Hadi, based in the southern port of Aden, and the separatists are allies within a Saudi-backed coalition.

The coalition is at war against the Houthis, who have controlled the northern capital Sanaa since 2014.

However, the separatist Southern Transitional Council (STC) declared self-rule in Aden earlier this year. Since then, the two sides have been fighting in the south, complicating efforts to forge a permanent ceasefire in the overall conflict.

The formation of the new 24-member cabinet, which was sworn in on Saturday by Hadi, forges a joint front against the Iran-backed insurgents.

Coalition air strikes in Yemen have killed thousands, including many civilians, over the course of the protracted war.