Wave of protests against sex education reform in Germany | Germany | News and in-depth reporting from Berlin and beyond | DW | 16.11.2016

Wave of protests against sex education reform in Germany

Several German states have adopted new guidelines for discussing the LGBT community as part of sexual education classes. But for some, the "acceptance of sexual diversity" is akin to brainwashing. 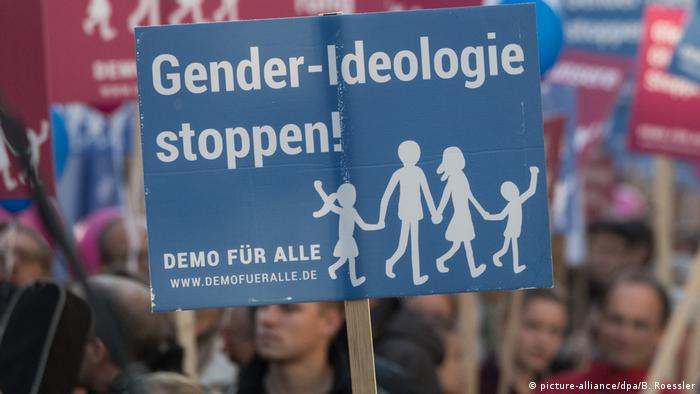 The advent of President-elect Donald Trump has raised worries about whether the populist right could take power in Germany. So what demographic groups unite their voter bases? (10.11.2016)

A Berlin Ikea blocking the website for an LGBT advocacy group was just the tip of the iceberg. This is symptomatic of a government unconcerned with gay rights, a prominent activist told DW. (10.11.2016)

German men convicted on the basis of a 19th century law criminalizing homosexuality now have a chance at getting late justice in the wake of an expert study commissioned by the Anti-Discrimination Agency. (11.05.2016)

Intersex people want Germany's Federal Constitutional Court to officially allow them to use their own gender designations rather than relegating them to "male" or "female." For them, it's about dignity and recognition. (03.09.2016)

"Stop the indoctrination," say the official placards handed out by the socially conservative "Demo für Alle" (Demonstrating for Everyone) group. Some of the self-made banners are more ominous: "Schools want to end marriage," and "Children are being forced to be gay," read a few of the signs.

What has brought 1.5 million Germans (according to the group's website, but unsubstantiated by police) out into the streets in the regions of Hamburg, Hessen, and Baden-Württemberg? Only the government-sanctioned degradation of the family, said movement leader Hedwig von Beverfoerde in an interview with DW.

This school year, several states in Germany passed a raft of school reform legislation that included modernizing the sex education curriculum. In Baden-Württemberg, for example, the regional government incorporated the "acceptance of sexual diversity" into its guidelines for teachers.

"Hardly anything has actually changed to the way it was before," Christine Sattler, a spokeswoman for the state's education ministry, told DW. "And the lesson plans are always age appropriate. We need to take children's questions about what they see in the world seriously, but without overwhelming them of course."

But the waves of protests, which have continued unabated for almost a year and have spread throughout the country, represent a very different opinion. And they are not without their own political backing – the more conservative wing of Chancellor Angela Merkel's Christian Democrats (CDU) and the nationalist Alternative for Germany (AfD), have both given the movement their blessing.

"Demo für Alle" vehemently denied allegations of support from far-right extremists, however. "We can't stop someone who isn't breaking the law from attending our rallies," said von Beverfoerde, "but they are not representative of our movement, not at all." 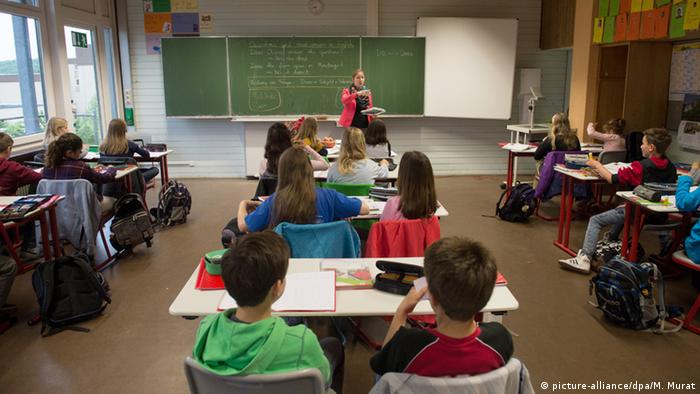 For von Beverfoerde, the "attempt by gender ideologists and radical feminists to influence children from their earliest development" in schools is the byproduct of a more fundamental problem she sees in Germany; namely, that children are required to attend either public or publicly-accredited private schools, "to the detriment of a parent's right to raise their own kids."

"Now they want to promote the idea that a family is not just mother and father and children, but can include lesbians and gays. This runs contrary to an idea set down in our Basic Law that marriage between a man and a woman is the foundation of our society," said the activist.

According to von Beverfoerde, "tolerance is one thing. Forcing acceptance is another."

Education ministry: Moral panic has no basis in reality

Not so, said Christine Sattler. "The things they are protesting aren't really happening," said the spokeswoman for the Baden-Württemberg Ministry of Education, calling some of the charges "absurd."

"The curriculum does call for answering basic biological questions in elementary school, and as they get older, to inform them about sexual diversity. I would like to add that we have received no complaints from pupils or parents since the new guidelines came into effect. " 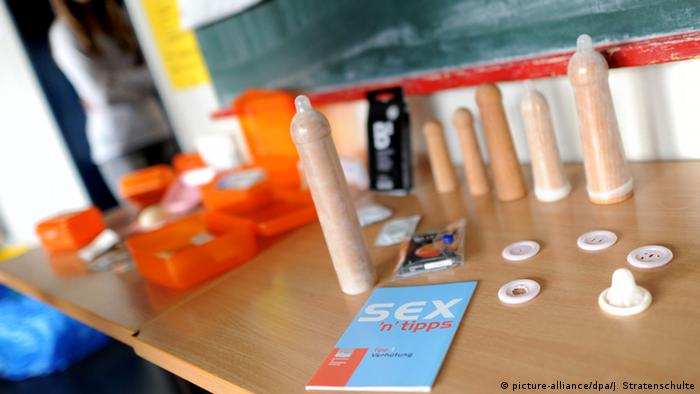 Sattler bemoaned how when "sexuality is overwhelmingly present in the media and yet somehow still a taboo," it obfuscates what is actually happening in schools.

One teacher and mother, who asked not to be named, from a town in southern Germany saw the situation even more clear-cut. "Parents panic because there is so much out there online that is wrong." As a sexual education instructor herself, she wished to clarify that "the goal of sex ed is to make you comfortable in your own body. And better to learn about these things at school rather than on the Internet."

The educator downplayed the idea that schools were promoting a particular ideology. "In religion class you don't pretend that there are no other religions, or say that one is any better than the other."

And as for explaining to pupils that those in the LGBT community are equal members of society, she asked "what is wrong with teaching children to be kind and open-minded?"

But the "Demo für Alle" participants are not convinced. Von Beverfoerde told DW that her organization is not backing down. More events, conventions, and protests are planned for the near future.

Indeed, they can now count on some very serious political backing - just yesterday the right-wing AfD party adopted a number of the organization's arguments into an official policy paper, calling for "classical family values" to be imparted to German pupils.