The advent of President-elect Donald Trump has raised worries about whether the populist right could take power in Germany. So what demographic groups unite their voter bases? 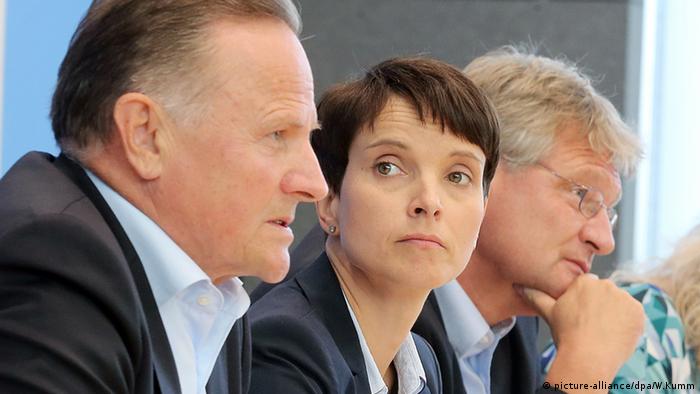 Only one major German party welcomed the election of Donald Trump as US president - the Alternative for Germany (AfD), a populist right-wing party that has capitalized on immigration fears to make advances in six state elections this year.

"The victory of Donald Trump is a signal that the people of the Western world want a clear political change," wrote AfD deputy leader Beatrix von Storch in a Facebook post. "This was only a surprise for the establishment, for me it was expected."

The two populist parties have certainly expressed many similar policies - from increasing security on southern borders, to introducing measures specifically designed to disadvantage Muslims, to reversing laws designed to protect the environment. The AfD also shared Trump's sustained criticism of the "media" and the "political establishment" (even when the former covered them extensively and the latter has bowed to many of the AfD's demands - in the form of Angela Merkel's restrictive asylum packages and increased policing budgets and anti-terror measures).

On German public broadcaster ARD's political TV show "Maischberger" on Wednesday evening, US writer Eric Hansen saw many parallels between the political situation in Germany and the US. "The AfD voters are the same voters as the Trump voters - and here in Germany they are immediately branded as crazy people and bad people - and the same in America," he said. 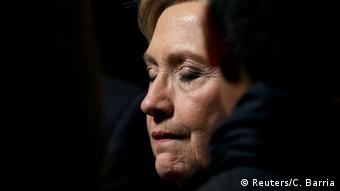 Not the 'left behinds'

But are the situations in the US and Germany really comparable? Are AfD voters and Trump voters the same? The common narrative - shared by many media outlets and many on the left, as well as Trump and the AfD themselves - is that white working classes have been left poorer because of globalization and rising inequality and so want to vote for someone who will disrupt that order.

In fact, according to exit poll data collected by Edison Research and published across the US media, Trump lost the vote among income brackets below $50,000 (45,000 euros) a year, but scored more votes in all income brackets above that. Nor was education a major factor - Trump actually beat Democrat nominee Hillary Clinton among white college graduates (though not among non-white college graduates) by 49 percent to 45 percent.

A survey commissioned by Birkbeck College, London, is among many academic studies that have found that "income and material circumstances ... are not especially important for understanding right-wing populism." Instead, authoritarian attitudes appear to be a much bigger factor. "Diversity and difference tends to alarm right-wing authoritarians, who seek order and stability," the Birkbeck professor Eric Kaufmann wrote. "This, and not class, is what cuts the electoral pie in many Western countries these days." 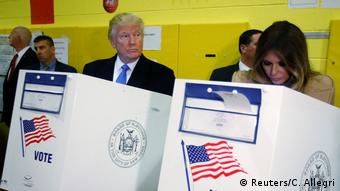 By a similar token, a study by the Cologne Institute for Economic Research (IW), published in April, nearly 34 percent of AfD sympathizers belonged to the top fifth of the population, while fewer than 10 percent are worried about their own personal economic situation. This was backed up by a TNS Infratest survey released in March, that found that 79 percent of AfD supporters described their personal economic situation as "good" or "very good."

Not only that, the study showed that fear of immigration is spread evenly across income brackets. Anti-immigration sentiment is independent of wealth - indeed, since in Germany unemployed people often tend not to vote, they have not had a significant impact on the AfD's success.

But there are other similarities between Trump voters and AfD voters. For one thing, they tend to be men: in all the state elections in Germany this year, more of the AfD voters were male, with the difference rising up to nine percentage points in Saxony-Anhalt. Meanwhile in the US, Trump won the male vote by 53 percent to 41 percent, and lost the female vote by 54 percent to 42 percent.

When it comes to age though, there was a significant difference. The AfD has been doing better among young people than old people - who in conservative Germany tend to stick to the centrist Christian Democratic Union (CDU) or the Social Democratic Party (SPD). But in the US, Trump beat Clinton in the over-45 category, and lost to her among under-45s.