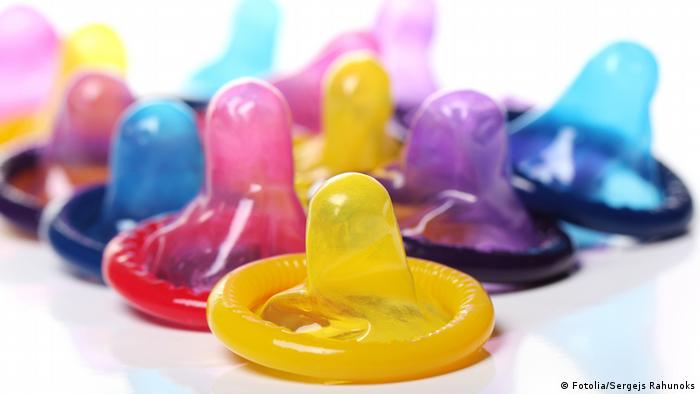 The right-wing Alternative for Germany (AfD) proposed a new sexual education curriculum on Tuesday that declares the "classical family model" and the marriage between a man and woman as "life's primary purpose."

Information on homo-, trans- and bisexuality should be imparted to a lesser degree in sexual education lessons, if at all, according to the policy paper.

Public discussion of sexuality is taboo in some Muslim countries. Egyptian doctor Alyaa Gad is out to change that. In YouTube videos, she talks openly and frankly about sex and health issues -- and gets mixed reactions. (10.10.2016)

Two months after a series of New Year's Eve sex assaults in Cologne, the German government launched a multilingual website to educate migrants about the body and sexuality. But not everyone thinks it's necessary. (14.03.2016)

The paper, entitled the "Magdeburg Declaration on Early Sexualization," was presented in city of Magdeburg by the AfD's chairman in Saxony-Anhalt, Andre Poggenburg. It was drafted during a sitting that included all AfD parliamentary groups.

Introducing the paper, Poggenburg said he could not give any examples of a curricula or school text books that adhered to the AfD's policy. Rather, the party said it wanted to make its mark by offering a "precautionary" approach to sexual education.

Beck also criticized the AfD's call to restrict homosexual couples from adopting children. Studies have shown that children with parents of the same sex fair just as well in life, if not better, he said.

Updating the national curricula on sexual education has always stirred heated debated in Germany. A new curriculum proposed in October in the state of Hessen aimed to develop respect for sexual diversity in childhood. The proposal's divisiveness saw both proponents and critics to take to the street of Wiesbaden to voice their reaction.