With time running out until the European Commission is set to start work, Ursula von der Leyen urged Boris Johnson to propose candidates. The EU's president-elect has struggled to overcome delays in assembling her team. 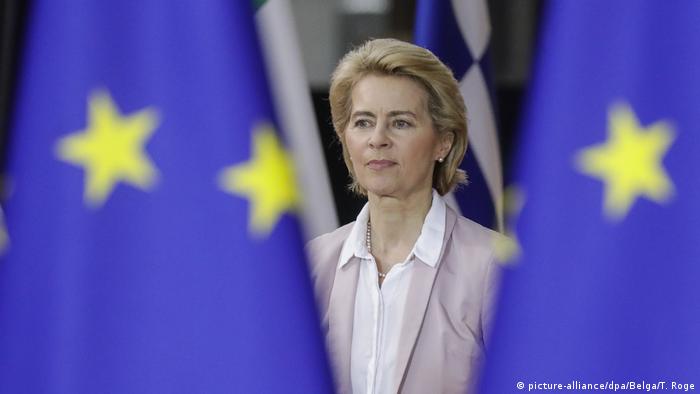 Ursula von der Leyen, the president-elect of the European Commission, urged British Prime Minister Boris Johnson to name candidates as quickly as possible in a letter on Wednesday.

The British government previously refused to nominate an EU commissioner, arguing that they would be out of the bloc by the time the new commission was initially set to take over.

However, Johnson committed to naming a commissioner last month as part of a deal with EU leaders to secure a Brexit extension until January 31.

She encouraged Johnson to nominate a woman for the post, as part of her efforts to build a gender-balanced team of top officials.

The European Commission must consist of one commissioner per member state. It is due to start work on December 1, but can only do so if all nominations are completed and approved.

Von der Leyen, Germany's former defense minister, appeared to clear one of the last hurdles to forming the EU's executive arm on Wednesday after picking a candidate from Romania.

Romanian MEP Adina Valean was selected to head the bloc's transportation portfolio, but must first be approved by the European Parliament.

Besides the UK, Romania was the last bloc member to recommend candidates. The rejected candidates had been nominated by the country's previous Social Democrat government.

After months of uncertainty, Romania's pro-European conservatives were given approval to form the next government on Monday and put forward its candidates.

So far, 23 commissioner-designates have been approved by the European Parliament, but new hearings will need to be held for the Romanian, French and Hungarian candidates as well as Britain's nominee.