The French president suffered an embarrassing defeat when the European Parliament rejected the initial nominee. But now Emmanuel Macron appears to have found a new pick to head the EU's industrial policy. 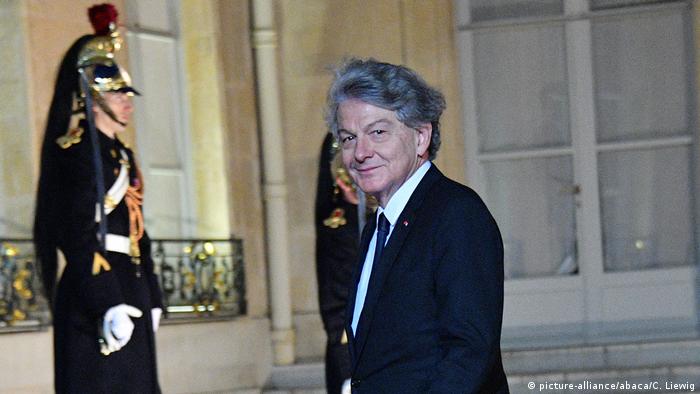 Members of the European Parliament rejected Macron's previous nominee, Sylvie Goulard, in a rare political defeat on the European stage for the French leader.

"If we are proposing this candidate, he is suitable," The presidential Elysee Palace said in a statement. It added that the incoming head of the European Commission, Ursula von der Leyen, had already approved the proposal after she and Macron "agreed on the profile."

Breton served as France's economy minister from 2005 to 2007. He was credited for driving the privatization of an ailing France Telecom. He currently heads a multinational IT firm, Atos.

A setback in Parliament

If Breton is approved by the Parliament, he would take over the role on December 1, a month later than originally planned.

Earlier this month, European lawmakers rejected Macron's initial pick, Goulard, causing anger in Paris where officials blamed German conservatives in the Parliament for the setback. Macron also pointed fingers at von der Leyen, saying that it was she who encouraged him to nominate Goulard.

Goulard, a former member of the European Parliament, resigned from her post as French defense minister in June 2017 after questioning by investigators in a ghost jobs scandal involving a parliamentary assistant. The EU's Anti-Fraud Office has also opened an investigation into the case.

Both proceedings are ongoing, but Goulard has not been charged.

Each EU member state nominates a candidate for the Commission who must then pass a confirmation hearing in the European Parliament.