The lagoon city has conducted a pilot run of 78 inflatable barriers designed to hold back tides as high as three meters. The ambitious new dam system has been plagued by corruption and a delay of almost a decade. 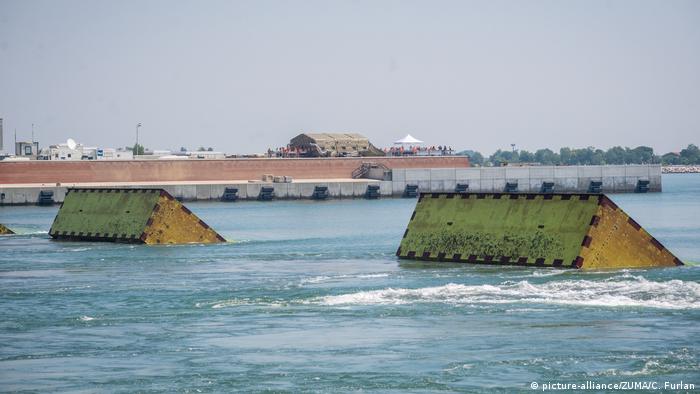 Venice conducted the first trial of a controversial new dam system made up of 78 inflatable barriers to protect the lagoon city from severe flooding on Friday.

Italian Prime Minister Giuseppe Conte traveled to Venice for the ceremony, and pressed a button that activated compressors to pump air into the yellow barriers. All 78 barriers were successfully raised from the sea.

The trial run lasted a total of 90 minutes. According to officials, at full capacity the barriers could rise in 30 minutes.

The movable flood gates are attached by hinges to cement blocks on the seabed along three openings from the sea into the lagoon. When flooding or high-tide is no longer a threat, water is pumped into the gates for ballast, causing them to sink again. 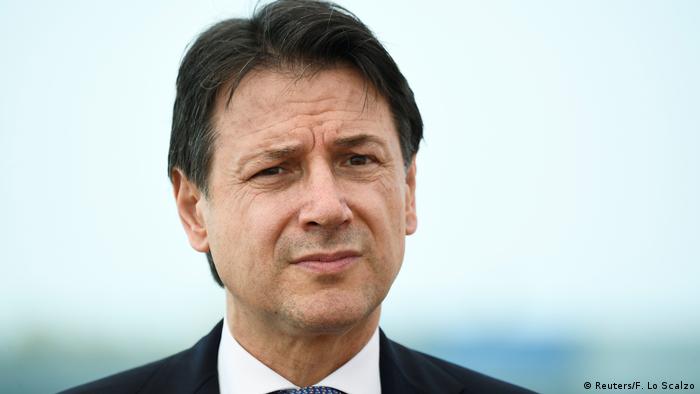 Despite a delay of nearly a decade, Venice Mayor Luigi Brugnaro took to Twitter to laud the anti-flooding system as "a huge achievement" and "the result of Italian ingenuity."

The project's name — MOSE — is an acronym in Italian roughly meaning "experimental electromechanical modules".  But it is also the Italian spelling of the Old Testament figure Moses, for whom the Red Sea is said to have parted.

In 2014, investigators uncovered a trail of bribes and kickbacks.

Conte said that while the anti-flood system had been smeared by "clear episodes of corruption and crime," it was time to "focus on the objective: we should all hope that it works."

The project is now set to be finished in December 2021; though the prime minister expressed hope it could be ready by slightly sooner.

Elisabetta Spitz, the commissioner responsible, said the barrier system was not ready yet and would need another 18 months of testing. 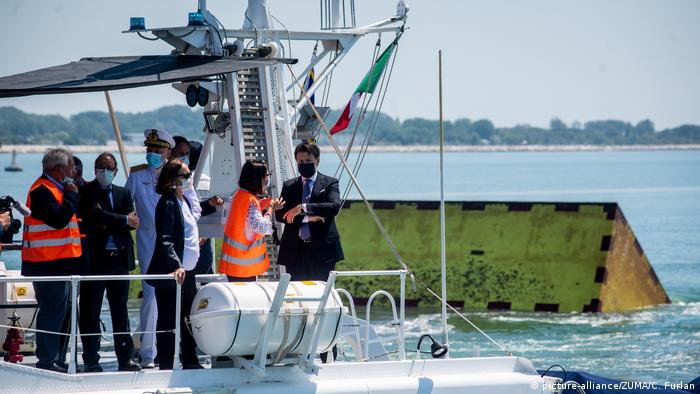 The trial run lasted a total of 90 minutes

On Friday, police in speedboats cut in front of protesters who neared the test site on a boat and waved banners. Some environmentalists claim that because the world's sea levels are rising in general, the barriers will become redundant as waters rise higher than anything the system is designed to hold back.

In November 2019, the tourism-dependent city was devastated by its worst flooding in more than 50 years.

Floodwaters poured into the renowned St. Mark's Basilica as well as into homes, hotels, shops and restaurants. The flood damages cost Venice around €1 billion, according to city estimates.

The Mose is designed to hold back tides as high as 3 meters (roughly 10 feet), well beyond the current record tides recorded in Venice. In 2019, floodwaters peaked at 1.87 meters. 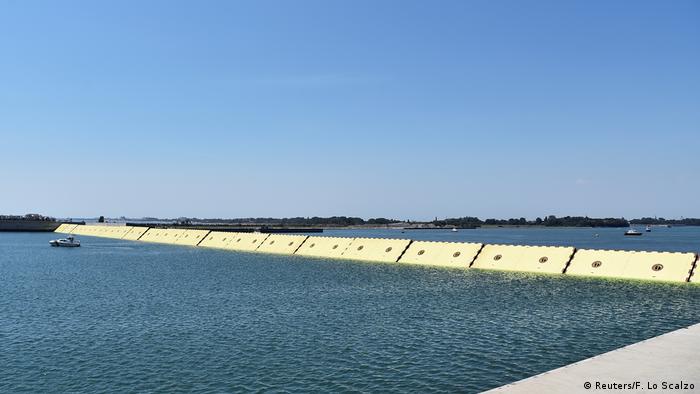 Tourists and residents were allowed back into the flooded St Mark's Square on Saturday. Water levels have not subsided and the highest possible weather warning has been issued for Sunday. (16.11.2019)

Venice is in danger of losing its UNESCO World Heritage status after this week's extreme flooding, according to the body's director, Mechtild Rössler. At the same time, she offered the lagoon city immediate aid. (15.11.2019)