Tourists and residents were allowed back into the flooded St Mark's Square on Saturday. Water levels have not subsided and the highest possible weather warning has been issued for Sunday. 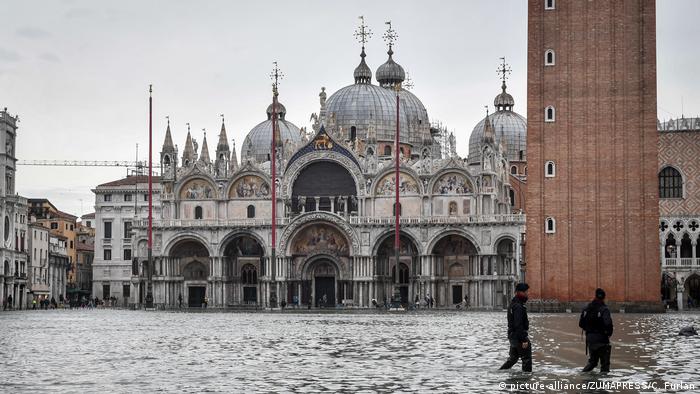 City authorities have also issued a "red alert," their highest possible warning for weather conditions on Sunday. Meteorologists are particularly concerned given predictions of high winds that could increase the tide levels in the lagoon city.

The mayor of Venice, Luigi Brugnaro, made a public appeal for donations to help alleviate the damage.

"Venice is the pride of all of Italy, unique to the world," he said, appealing to people around the world. "Thanks to your help it can shine again.

DW's Giulia Saudelli reported that water was being pumped out of shops and houses late on Friday.

The Italian national football team also visited the city on Saturday, saying, "We stand close to the city of Venice."

Read more: After the floods: Could Venice lose its World Heritage status? 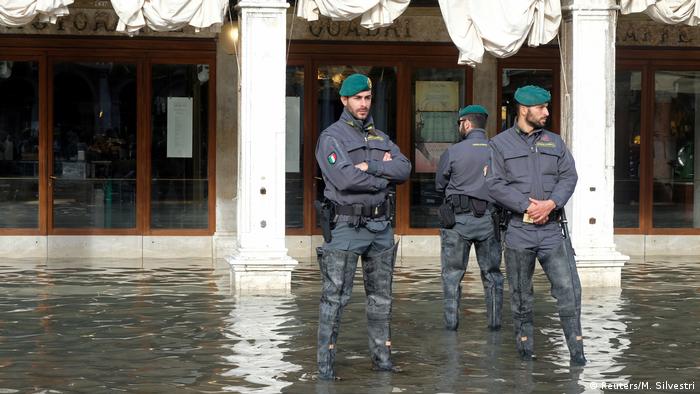 How much will repairs cost?

The mayor estimated damage done so far to be at least €1 billion ($1.1 billion). Authorities have also set up programs to aid individuals and businesses by handing out money. Individuals can expect up to €5,000 and businesses up to €20,000.

The crisis has prompted the Italian government to release €20 million in funds to tackle the devastation. There are concerns that irreparable damage may have been done to some of the canal city's historic sites.

A state of emergency was declared on Thursday. Flooding began on Tuesday when waters reached a height of 1.87 meters (6 feet 1 inch), the highest since 1966.