US Ambassador to Germany Richard Grenell has welcomed German companies' decision to comply with US sanctions and stop business with Iran. Washington warned firms that trade with Iran that they could face repercussions. 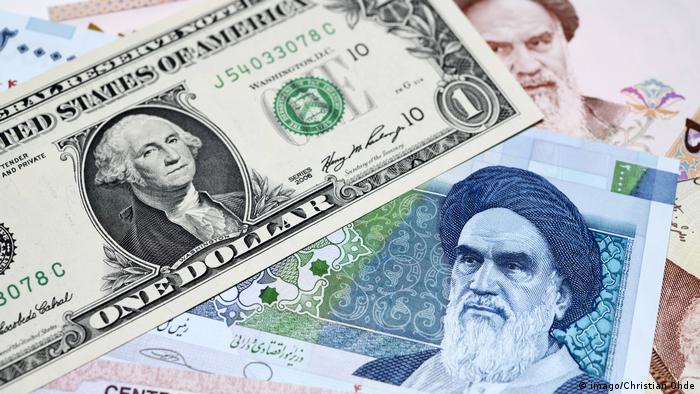 The US ambassador to Berlin on Thursday said he was pleased with the actions of German companies that had stopped trading with Iran after fresh US sanctions were imposed on the country.

"We are very pleased that German businesses have decided to abide by the US sanctions," Grenell told the German news agency DPA in an interview.

"German business leaders have told us unequivocally that they will stop doing business with Iran and will abide by the US sanctions," he said. "So we are very pleased that the actions of the German business community have been very clear."

The US reimposed sanctions on Iranian oil this month after US President Donald Trump pulled out of an international agreement on Iran's nuclear program.

Trump claimed the deal was flawed because it did not include restrictions on the development of ballistic missiles or Iran's support for militant groups in countries such as Iraq, Lebanon, Syria and Yemen.

Officials from the European Union and Iran have worked to create a new legal framework to protect companies that conduct business with Iran from US sanctions.

While praising some German firms in his DPA interview, Grenell accused those still doing business in Iran of helping to fund terrorist activities.

"If you are doing business with Iran, you are giving money to the Iranian regime, which spends massive amounts of money on terrorist activities," Grenell said.

Two rounds of US sanctions, the first in August and a subsequent one this month — targeting a broad range of industries and individuals — have been introduced, posing a dilemma for German and other European firms.

Businesses that breach the US sanctions risk being hit by secondary sanctions, including being barred from access to the US financial system.

Europe, China and Russia have criticized the US withdrawal from the nuclear deal, formally known as the Joint Comprehensive Plan of Action (JCPOA), to which they are also parties.

The JCPOA was signed by Iran, China, France, Russia, the United Kingdom, Germany, the EU and the United States in October 2015.

Iran and Iraq have both said they want to cooperate more despite fresh US sanctions on Tehran. The gulf neighbors could increase bilateral trade by $8 billion. (17.11.2018)