The new measures target 700 individual and entities in the financial, shipping and energy sectors. Eight countries, including Turkey, will be given waivers to keep buying Iranian oil. 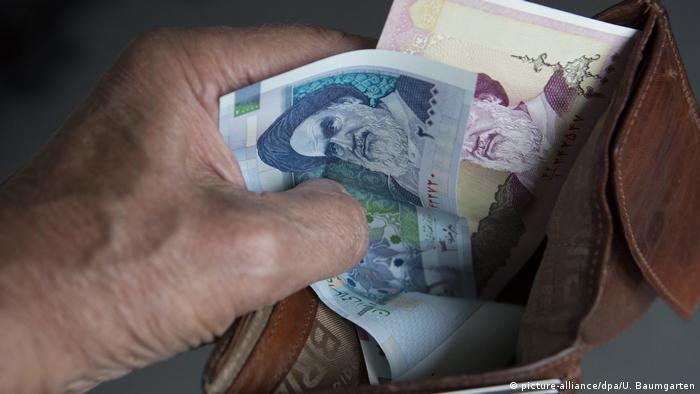 The United States announced on Friday that it would add 700 individuals and entities to a list of sanctions against Iran. It also put pressure on the SWIFT international banking network to cut off Tehran.

The sanctions, which take effect on November 5, hit Iran's financial, shipping and energy sectors. This is the second major batch of sanctions imposed by the administration of President Donald Trump since he pulled the US from a landmark nuclear deal in May. The US is reimposing almost all the sanctions it lifted on signing the international deal with Iran in 2015.

"Our ultimate aim is to compel Iran to permanently abandon its well-documented outlaw activities and behave as a normal country," Secretary of State Mike Pompeo told reporters.

Pompeo has issued a list of 12 demands that Tehran must meet if it wants sanctions to be dropped, which include an end to military engagement in Syria and a complete halt to alleged nuclear and ballistic missile development.

The White House has also been seeking an end to Iran's engagement in a proxy war with Saudi Arabia in Yemen, a conflict that has had devastating consequences for Yemeni civilians.

Germany's Foreign Ministry took to Twitter to defend the Iran deal, also known by the acronym JCPOA (Joint Comprehensive Plan of Action), and to vow that Berlin would continue to trade with legitimate businesses in Iran, as permitted by the agreement.

"The JCPOA is a key element of of global nuclear nonproliferation architecture and of multilateral diplomacy," said the German government in a joint statement with the UK and France. "It is our aim to protect European economic operators engaged in legitimate business with Iran, in accordance with EU law."

US to issue waivers to eight countries

The US also said that it would issue waivers to eight different countries to allow them to import Iranian petroleum products for a limited period without facing penalties. These countries were reported to include US allies Japan, India, South Korea, Italy and Turkey.

Later on Friday, officials in both Turkey and Iraq said their countries would be receiving waivers.

Pompeo said that the countries receiving waivers had agreed that payments for the oil will be sent to special bank accounts that Iran will only be able to access if it is using the funds for "humanitarian trade, or bilateral trade in non-sanctioned goods and services."

Iranian support of Afghan Taliban targeted by new US sanctions

US-Iranian relations have taken a major plunge under President Trump and observers say Tehran has expanded its backing of the Afghan Taliban to stymie US action against the militant group in Afghanistan. (25.10.2018)

The US has targeted an Iranian network of businesses that allegedly funded a paramilitary group affiliated with the Revolutionary Guard. The so-called Basij group reportedly trained and deployed child soldiers in Syria. (16.10.2018)