EU urges US not to punish European firms over Iran

European signatories to the Iran nuclear deal have written to key US officials, urging them to respect Europe’s commitment to the deal. They stressed that EU firms active in Iran should be spared from sanctions. 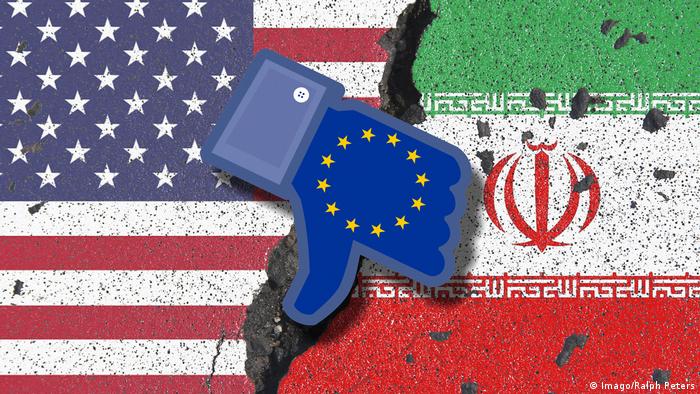 In a letter to the US officials, ministers from Britain, France and Germany specified key areas they wanted to be exempted from possible secondary sanctions that might be imposed on firms that deal with Iran.

The United States has threatened to impose secondary sanctions on companies that deal with Iran after Washington said it would withdraw from the Iran nuclear deal and re-impose its sanctions on Tehran.

On the French stop of his tour of Europe, Netanyahu said he had not urged French President Emmanuel Macron to withdraw from the 2015 Joint Comprehensive Plan of Action (JCPOA) deal, alluding to the secondary sanctions. "I didn't ask France to withdraw from the JCPOA because I think it is basically going to be dissolved by the weight of economic forces," Netanyahu told a joint news conference with Macron.

US pullout from deal

The US withdrew from the landmark accord last month and re-imposed sanctions on Iran.

The aim of the deal had been to prevent Iran from making its own nuclear bomb while giving it the capacity for a civil nuclear program.

As part of the accord, Iran agreed to reduce its nuclear capacity — including centrifuges and enriched uranium stocks, for several years.

Tehran said it would slash the number of centrifuges by more than two-thirds to 5,060, and would maintain this for several years.

Iran's Supreme Leader Ayatollah Khamenei declared on Monday that he had given orders for preparations to increase uranium enrichment capacity, should the deal fall through.  French Foreign Minister Jean-Yves Le Drian said these plans were already dangerously close to breaking the agreement.

"It is always dangerous to flirt with the red lines, but the initiative taken ... remains totally within the framework of the Vienna (nuclear) deal."

"If they go to a higher level then yes the agreement would be violated, but they need to realize that if they do then they will expose themselves to new sanctions and the Europeans will not remain passive."