US Syria envoy: President Trump was ′misunderstood′ | World| Breaking news and perspectives from around the globe | DW | 18.09.2019

Conflict Zone confronts Donald Trump's envoy to Syria, James Jeffrey, on the president's decision to withdraw troops from the country. The move shocked allies, Congress and even members of his own administration.

The United States' special representative for Syria has defended the controversial decision by President Donald Trump to withdraw troops from the Middle Eastern country and declare that the war against the so-called Islamic State had been won.

Talking to DW's Conflict Zone host Tim Sebastian in Washington, Ambassador James Jeffrey rejected the idea that Trump's decision had been costly and misleading, and instead said the president had been "misunderstood."

"President Trump made it clear at the time to us and to other leaders that he wasn't losing the bubble, as we say, on the fight against ISIS, which he recognized could reconstitute itself," Jeffrey said.

In December 2018, Trump made the sudden announcement that the Islamic State, also known as IS, ISIS and ISIL, had been defeated and he would withdraw 2,000 American troops from Syria. However, he later said that a residual force would remain in the country.

Trump's decision was described at the time as "abrupt" and "chaotic," was criticized by leading members of Congress, and even led to the resignations of Secretary of Defense Jim Mattis and the envoy to the war against IS, Brett McGurk.

James Jeffrey, however, defended the president, saying that he had "rarely seen a statement by any victorious political force that is more close to the truth than what Donald Trump said."

"It isn't that we think the problem has gone away. The problem just changed dramatically because we achieved a victory over ISIS as a political force. Trump was right in saying that," Jeffrey said.

Jeffrey also questioned comments in a recent report by the US lead inspector general, who conducts oversight of overseas operations like the one against Islamic State. 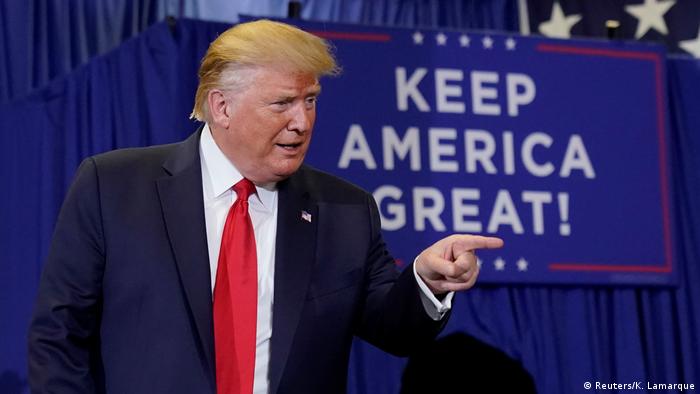 The report said troop reduction had decreased the support available for Syrian partner forces at a time when they needed more training to respond to a resurgence of the militant group.

"I know inspector generals would not ever deliberately put out false statements, but they often put out inaccurate statements based upon a misrepresentation of one-sided information," he said.

Jeffrey stressed that, unlike the report, he has neither received complaints about the level of American support, nor does he see a surge in Islamic State.

Sebastian then pointed to the fact that the commander of the US forces in the Middle East, General Joseph Votel, had confirmed to Congress that he had neither been consulted nor informed about the president's decision to withdraw troops from Syria.

Votel said in February that IS still had fighters and resources, which made a continued US presence in the region necessary. 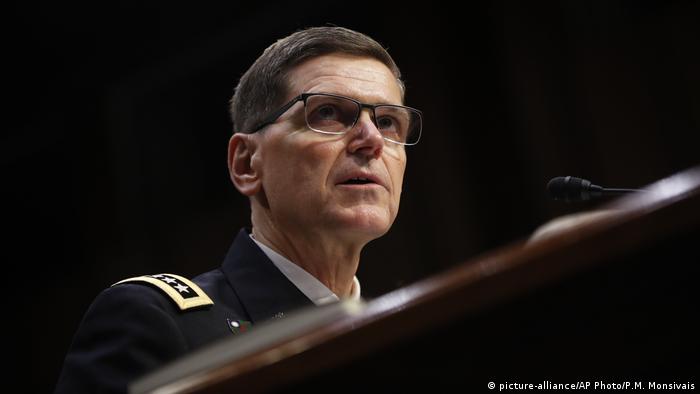 Jeffrey rejected the idea that not informing Votel had been a "glaring omission," but he did say troops carrying out Trump's orders "probably should have been asked for their advice" in advance.

He added that "once the dust settled from the December decision, the president listened to them and decided that he would go with a residual force."

The US president agreed to leave around 400 US soldiers in Syria, half of them in the northeast of the country, and the rest in the south, tasked with countering Iran's activity in the region.

Three US goals in the region

Jeffrey told Sebastian that the removal of Iranian-commanded forces from Syria is one of his three key goals in the region.

"I don't know of anybody in the US government at any level that does not think that Iran's encroachment on the region, its hegemonic tendencies, its use of asymmetrical warfare throughout the region … is not at the very top of the threats to regional security," he said. 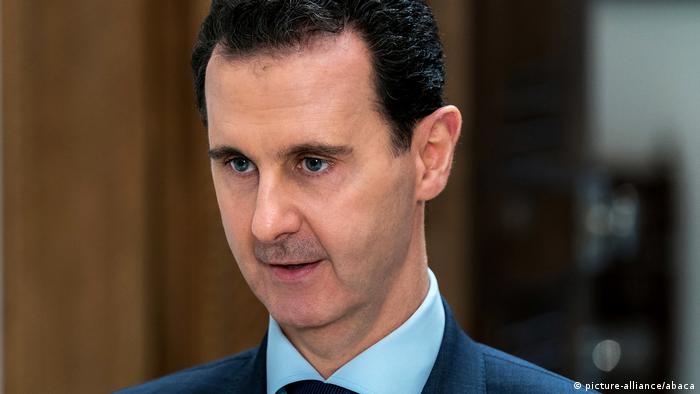 Jeffrey's second goal is to ensure a "different political solution for Syria" and he added that the US is going to continue its "unrelenting pressure" on the regime of Bashar Assad.

"Whether Assad ever stands trial for his war crimes, of which there are many, and he certainly deserves to, that is another question," he said. "But we don't see Assad as having won this war."

The final goal is to achieve an enduring defeat of the Islamic State.

"We now have ISIS as a terrorism organization not all that different from al-Qaeda," he said. "That is something we worry about, something that we focus on."