US sees over 400 attacks on press freedom in under a month — but why?

Police have targeted journalists on live TV during the George Floyd protests. Courtney Radsch of the Committee to Protect Journalists talks about what's behind this development and what it could mean for the world.

DW: There have been over 400 cases of press freedom violations in the United States since late May, according to the Committee to Protect Journalists (CPJ). What do these violations look like?

Courtney Radsch: We've been working closely with the US Press Freedom Tracker, which is doing all of the investigations and documentations. The Committee to Protect Journalists is a founding partner of the tracker and we have been investigating more than 400 incidents since the outbreak of the protests over racial injustice and police brutality on May 26.

Those incidents include arrests by police, assaults by police and protesters, the targeting of protesters with projectiles, stealing of equipment and a range of different attacks which we are documenting and making available on the US Press Freedom Tracker website.

One of those incidents involved a DW reporter named Stefan Simons. He was shot at with rubber bullets and threatened with arrest in Minneapolis several weeks ago. How typical is his experience based on your research?

Unfortunately, Stefan's experience of getting shot at by the police with non-lethal projectiles is not uncommon. During the past few weeks, we have recorded at least 89 rubber bullet or projectile incidents, 27 pepper sprayings is 49 tear gassings.

Not all of those were necessarily directed at the journalists because they were journalists. Sometimes it's simply an issue of being in a protest in a crowd. But there were numerous incidents in which the police targeted journalists. We are deeply concerned about this and we are requesting that the police open investigations into these incidents.

What does that tell us about the state of freedom of the press when police knowingly go after journalists in front of live cameras in a country like the US, which is supposed to be a "beacon of democracy"?

I think it is really disturbing that, despite the fact that law enforcement knows there are cameras rolling, that they are even live on television, they have still perpetrated these attacks. And, it goes back an even longer way. I grew up in Los Angeles during the Rodney King beating, which was caught on tape. And then, those police officers got off without any charges. That led to a big uprising in the Los Angeles area. So this actually stretches back to 1991, '92, in this country and, of course, much further beyond that.

Local journalism in the US has taken a huge hit over the past 10 to 15 years. Over 20% of newspapers have died out. Over half of newsroom jobs have been axed. And just recently, as a result of the pandemic, at least 36,000 journalists have either lost their jobs, been furloughed or taken a salary cut.

Do you see that downward trend in journalism correlated in any way with the upswing in attacks on journalists? Are they an easier target because they're "weak"?

And the destruction of local media means that many police forces and local law enforcement don't actually know the journalists who are covering them. There used to be a different type of relationship where, maybe you would be able to identify local journalists and then you would know that, oh, they're allowed behind police lines or whatever. 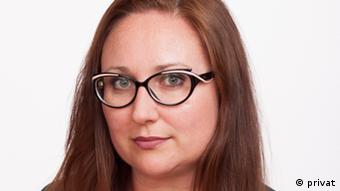 Radsch: 'Journalists are in grave danger around the world'

There are a combination of factors, including the decline in local news and the decline in newsrooms, where these journalists are not only stretched thin in terms of the beats they're reporting on and their ability to build these relationships.

But also, I think people increasingly don't understand how journalism relates to their daily lives. There's this tendency to equate journalism or the media with a couple of mainstream media outlets that are the constant target of President Trump's ire. But in fact, most of the journalism that's happening at the local level is really important to individuals in these communities. But I think it's hard for them to really understand or see that on a daily basis.

What would it mean — even if only symbolically — for journalists around the world if freedom of the press were further eroded in the US?

Well, first off, we've already seen the US decline in terms of its leadership on press freedom and human rights more broadly around the world. We've seen this not only through the withdrawal from the Human Rights Council and UNESCO and these other fora of international cooperation focused on things like human rights. But also we've seen this in the constant berating and denigration of the press by President Trump and other politicians.

We've also tracked how the fake news rhetoric and the attempt to delegitimize independent journalism through calling it "fake news" has reverberated around the world and been adopted by leaders as diverse as Duterte in the Philippines, Bolsonaro in Brazil, Orban in Hungary, Putin in Russia, and China and Egypt. These countries that really don't need a pretense to crack down are not nonetheless happy to have one in the guise of fake news. 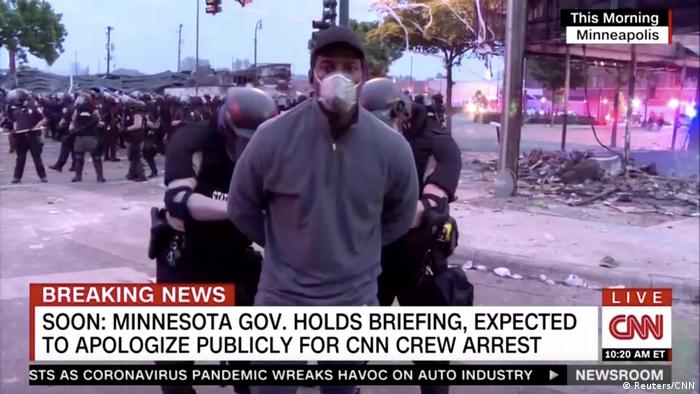 Journalists are experiencing 'unprecedented' aggression from authorities, according to CPJ findings

And now we see, wrapped up in the coronavirus, people and the public are giving them a greater pass to crack down and control information when it's framed as about health. Then you top this with the images of police brutality against journalists, not to mention the protesters they were covering. It is really a dangerous combination of the decline in leadership and the fact is there's no one else waiting in the wings to pick up this mantle. So journalists are in grave danger around the world because of this.

And I would add one more thing, Jamal Khashoggiand the failure to respond to that murder and to hold Saudi Arabia accountable despite the intelligence reports and every other piece of evidence looking at that. You know, these combinations of factors have created a condition that I've never seen in my lifetime in terms of covering press freedom and being a journalist.

Dr. Courtney Radsch is an American journalist and advocacy director at the Committee to Protect Journalists. She's also the author of Cyberactivism and citizen journalism in Egypt: Digital dissidence and political change.

World in Progress: US journalists increasingly targeted by police