The killing of George Floyd has triggered nationwide protests in the US. But they also reflect larger frustrations with policing and the disproportionate number of African Americans killed by officers. 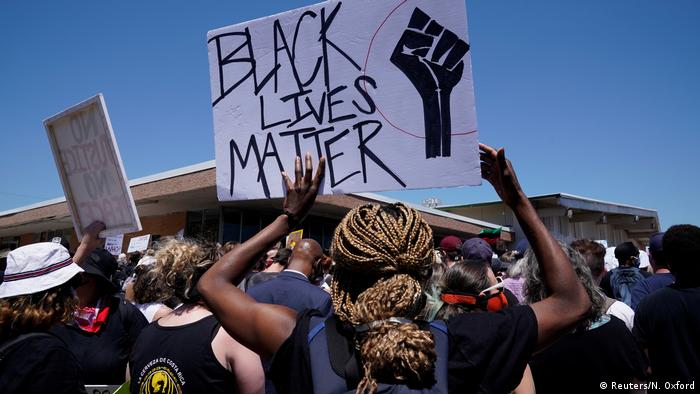 Since the killing of George Floyd in police custody last Monday, protesters have taken to the streets of numerous cities in the United States. They are angry, and they are demanding justice — and not just for Floyd's death alone, as the signs they hold make clear. The words they bear, "Black Lives Matter" and "I can't breathe," symbolize a much deeper frustration with police brutality and a desire for demand systematic change to policing, especially towards minorities, in the US.

What are the statistics on police-related deaths in the US?

The advocacy website Fatal Encounters documents deaths involving police officers going back to the year 2000. It currently crowdsources its data using 15 different Google Alerts to gather information on police-related deaths and is considered one of the most reliable datasources in the US on the issue.

In fact, Fatal Encounter's database shows that up to May 30, not a single day has gone by this year without a police-related death occuring. It also shows that African Americans are overly represented in those deaths since data collection began.

"You'll find that African Americans are killed at roughly double their ratio in the population," Burghart said. "They are about 13% [of the general US population] and they are about 26% represented in the data."

Of the 28,139 total records, African Americans made up 7,612. They are also significantly overrepresented in some categories of death, including "asphyxiated/restrained," "medical event" and "beaten/bludgeoned with an instrument."

Which other deaths involving police officers have sparked widespread protest?

2014 was a watershed year for protests against police-related deaths across the US. In particular, the deaths of African Americans Eric Garner and Michael Brown sparked nationwide outcries about the actions of primarily white police officers.

In July of that year, Eric Garner was arrested by a New York City police officer on suspicion of illegally selling single cigarettes on Staten Island. During the arrest the officer, Daniel Pantaleo, put Garner in a chokehold, with an arm around his neck.

In video footage of the arrest, not dissimilar to that of George Floyd, Garner tells the officer "I can't breathe" 11 times before losing consciousness. He was pronounced dead at the hospital an hour later. His last words, a final repetition of "I can't breathe," became a rallying cry for protesters. It continues to be used to this day, including by those demonstrating today, as Floyd uttered the same words before dying.

The following month, Michael Brown was shot six times in Ferguson, Missouri, by officer Darren Wilson, sparking citywide unrest. People marching through the streets used the slogan "Hands Up, Don't Shoot," implying that Brown — who raised his hands before being shot, according to some witness accounts — and protesters themselves were no threat to officers and should not be targeted.

Another high-profile police-related death took place this past March. Breonna Taylor, a medical worker in Louisville, Kentucky, was shot eight times by plainclothes police who broke into her apartment using a "no-knock" warrant, which allows police to enter a property without announcing their presence or purpose. The police mistakenly believed a drug dealer had been receiving packages at her home. The incident stoked tension in Louisville and has also fed the current nationwide protests. 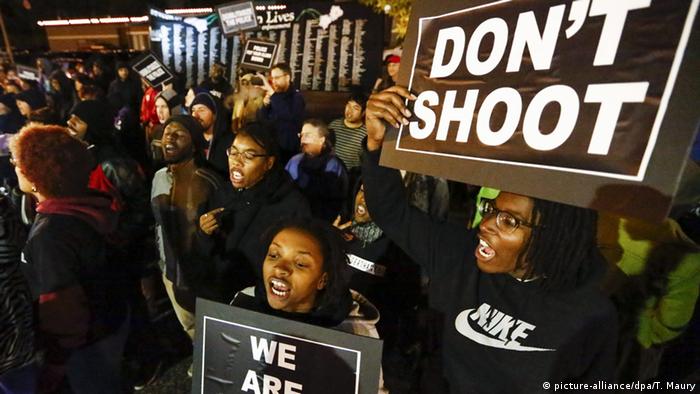 What has happened after these police-related deaths?

For many African Americans, the action taken after each death has been nowhere near enough. Eric Garner's mother, Gwen Carr, told CNNin an interview that seeing George Floyd's death was "just like the murder of my son all over again."

A medical examiner found Garner's death to be a homicide, but Pantaleo was never criminally indicted. He was fired from the police force in August 2019, five years after the killing.

Darren Wilson was also not charged in the death of Michael Brown. In fact, according to the project Mapping Police Violence, which uses Fatal Encounters as one of its sources, 99% of killings by police from 2013-2019 did not result in a charge.

In Louisville, Mayor Greg Fischer announced last week that no-knock warrants were being suspended in light of Taylor's death, but civil rights advocates have called for a permanent ban.

Derek Chauvin, the officer who knelt on George Floyd's neck, , has been charged with third-degree murder and second-degree manslaughter. The other three officers present at the time have been fired but face no charges for now.

But a conviction won't solve the underlying problems, according to Philip V. McHarris, a writer and doctoral candidate at Yale who focuses on race, housing and policing.

What is needed to reduce police violence?

McHarris believes that officer training in de-escalation, sensitivity, correct procedure and wearing body cameras — all measures police forces take to try and reduce violence, especially towards minorities — are too narrow in focus, as they do not address systematic abuse and injustice. In an op-ed he co-wrote for The New York Times, he argues that the Minneapolis Police Department "is held up as model of progressive police reform," but that did not stop Floyd's death.

Instead of increased police presence and militarization, which is clearly visible in the response to the current nationwide protests, McHarris argues that less police intervention is needed and more efforts must be made to tackle underlying frustrations.

"As opposed to just trying to reform and give police forces more resources and more money, just avoid it altogether," McHarris told DW. "Redirect those funds from things focused on policing and punishment to other programs and initiatives that actually have the buy-in of the community."

"The reason George Floyd sparks is because it's part of a systemic trend where everybody can relate," he told DW. "For many black people it's the constant reminder that if that can happen to George Floyd, that can happen to me, and it's not abstract. They killed a man on camera as bystanders pleaded to intervene to no avail."