US-Poland base plans must include NATO, says ex-Pentagon official | Europe| News and current affairs from around the continent | DW | 19.09.2018

Retired General Ben Hodges has told DW any new US military base in Poland must be part of a "cohesive" NATO plan. That's because "all allies will have to bear some of the consequences" of Russia's reaction, he warned. 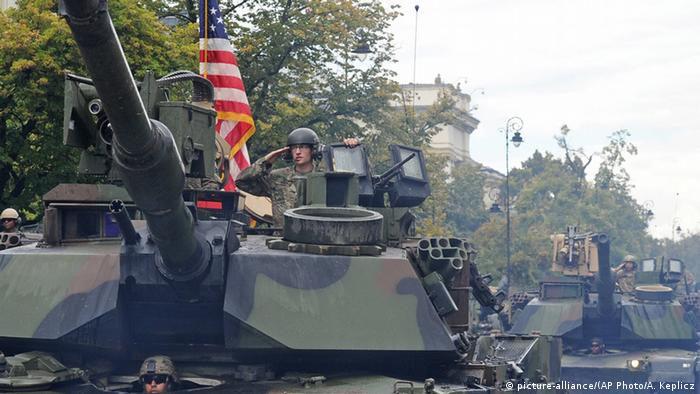 DW: You wrote an op-ed in June titled "Don't put US bases in Poland." Is that still your recommendation?

Ben Hodges: Number one, Poland is a great ally and they deserve credit for continuing to work on deterrence, doing everything for themselves. They're a great example, and so kudos to them for that. Number two, I'm not against permanent bases but ... the United States should take this forward with an alliance-wide discussion. The burden should be on the US to do this, to bring along the allies, not do a bilateral decision. The allies will have to deal with whatever the repercussions might be. So let's have them involved in this discussion moving forward.

Is either Poland or the US viewing it as a joint decision? NATO tells me this has not been raised in a formal way by either country at an alliance level. 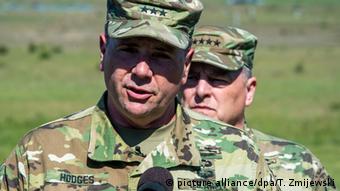 Hodges: We need to have our eyes and ears wide open about Russia's reaction

The burden is on [the US] if we were seriously considering this. We need to have our eyes and ears wide open and be clear-eyed about what the Russian reaction might be. All of our allies will have to bear some of the consequences of that reaction, whatever it is, and so that's why I'm advocating: Let's do the work necessary, the diplomatic work, and provide the leadership necessary so that they all agree and then we present this strong united cohesive deterrent effect of the alliance. Whereas if it's a bilateral decision, there will be plenty of allies that will be unhappy about it, I believe, and so the Russians will exploit that as a crack.

That's not likely to be the only Russian reaction.

There's no doubt it will be provocative, and that's why allies will be concerned — and so the burden is on the United States.

The one thing that the Russians respect is strength and the thing that they fear about the alliance is a completely cohesive alliance where we remain committed to each other. And so that's why I keep going back to this, the importance of the cohesion of the alliance.

How do you think allies will respond, given President Donald Trump's frequent disparagement of NATO?

This is a time for American leadership. I think it's time to take a more sophisticated approach to burden sharing, and I wish the president would change the approach, to incentivize allies to do more. There are a lot of different aspects and capabilities that are needed that would enhance the collective security of the alliance. And I think just constantly hammering away on [spending] "2 percent" [of GDP] as the only metric is counterproductive. I think there are other things that we could do to get the right capabilities that are needed.

In addition to some governments being unenthusiastic for their own reasons, Trump has also threatened to pull US troops out of Germany because of its low defense spending and move them to Poland. Will this predispose allies to oppose the base idea?

I've been asked what would be the impact of taking troops that are currently stationed in Germany and to put them in Poland. I think that would be a terrible mistake for a couple of reasons. One, what we have in Germany is extremely effective where it is. We have great infrastructure. Germany gives us access. They're a great host nation. Number two, it would be seen as 'punishing' the Germans for not doing more. And what a terrible message to send and what a terrible way to treat, frankly, the country ... that we should be treating as our most important ally. I completely disagree with that approach. Germany is the country that we need to help provide leadership on so many important issues.

So if it were an alliance-wide decision, would you be in favor of establishing a new base in Poland?

There's still a need for more capabilities. This is about protecting European citizens. Air and missile defense is something that can be done, improved logistics infrastructure, improved rail networks; all of these things that would facilitate rapid reinforcement of the [Enhanced Forward Presence] battle groups and so on, but this needs to be done by all of our allies.

I think Poland's offer is a legitimate, good offer. The key to me is cohesion of the alliance.

Lt Gen. Frederick "Ben" Hodges is the Pershing Chair in Strategic Studies at the Center for European Policy Analysis (CEPA). He retired last year from the US Army after serving from 2014 to 2017 as the commander of the United States Army Europe, headquartered in Wiesbaden, Germany.