A senior official has claimed in an op-ed to be part of "the resistance inside the Trump administration." The op-ed, published anonymously by The New York Times, has fueled the flames in a tumultuous White House. 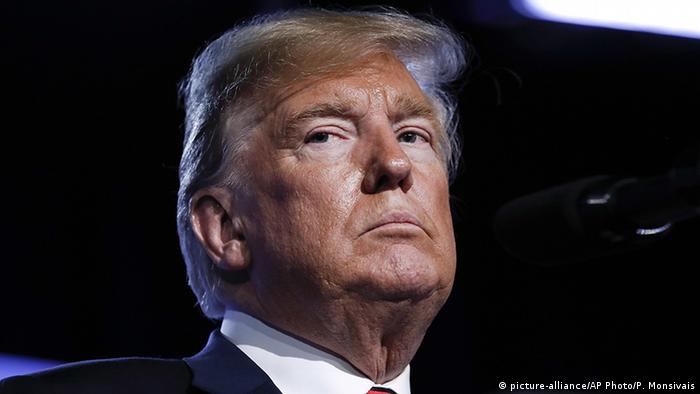 Senior officials in US President Donald Trump's administration are actively undermining parts of his presidency, according to a senior White House official who wrote an op-ed for The New York Times.

"President Trump is facing a test to his presidency unlike any faced by a modern American leader," the author said. "I am part of the resistance inside the Trump administration.

"The dilemma — which [Trump] does not fully grasp — is that many of the senior officials in his own administration are working diligently from within to frustrate parts of his agenda and his worst inclinations."

The newspaper's opinion desk noted that it had taken an extraordinary step by publishing an anonymous opinion article. However, it said its editors believed it was "the only way to deliver an important perspective to our readers."

The anonymous author lamented "a two-track presidency" in which senior officials tried "to do what's right even when Donald Trump won't."

One example offered was Trump's "preference for autocrats and dictators, such as President Vladimir Putin of Russia and North Korea's leader, Kim Jong Un." The author added that Trump displayed "little genuine appreciation for the ties that bind us to allied, like-minded nations."

Indeed, Trump has continuously criticized US allies, including NATO member states and EU countries such as Germany. The criticism has encompassed matters spanning everything from trade to defense.

Shortly after The New York Times published the op-ed, Trump lashed out at the author and called the newspaper "dishonest."

"They don't like Donald Trump and I don't like them," Trump said. "So if the failing New York Times has an anonymous editorial, can you believe it, anonymous — meaning gutless — a gutless editorial – we're doing a great job."

DW's US correspondent Michael Knigge said one of the likely consequences "will be a frantic White House search for people involved."

The opinion piece was published on the heels of details released from a tell-all book by famed Watergate reporter Bob Woodward that appeared to shed light on the Trump administration's "nervous breakdown," with staff constantly seeking to prevent the president from taking bad policy decisions. The op-ed showed that those efforts may have gone deeper than even Woodward noted in the book.