Melania Trump began her solo four-nation Africa trip in Ghana in a bid to cast a more positive light on her embattled husband's administration. But not many Africans seem to buy into Trump's newfound love for Africa. 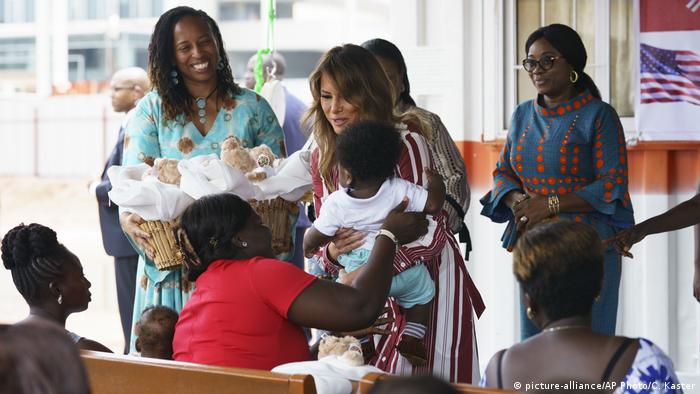 Melania Trump landed in Ghana on Tuesday as she began her first-ever visit to Africa. She will also make stops in Malawi, Kenya and Egypt.

The White House described the trip as a journey to "four beautiful and very different countries in Africa." Spokeswoman Stephanie Grisham said Melania Trump's Africa tour will be a "diplomatic and humanitarian visit" focused on her Be Best campaign for "children and their well-being."

In Ghana, Information Minister Kojo Oppong-Nkrumah ironically described the visit as a great opportunity to boost the country's tourism. "All in all, her visit is to aid us in boosting tourism as well as strengthen Ghana-US ties," he told local radio station Joy.

But not many Ghanaians were thrilled by the first lady's visit. "It's like something normal, we have had presidents and kings and queens visit us, and nothing has actually changed," said student Mammy Effia. "I don't think there is going to be any development in the country, whether she comes or not."

Unlike her popular predecessor, Michelle Obama, the former fashion model has largely avoided the media spotlight.

This trip is Melania Trump's first extended turn on the world stage outside the shadow of husband, who made headlines last week after he told journalists that his wife was "making a big trip to Africa."

"We both love Africa. Africa is so beautiful, the most beautiful part of the world, in many ways," said the president, who has previously spoken of the continent using far more impolite and even vulgar terms. 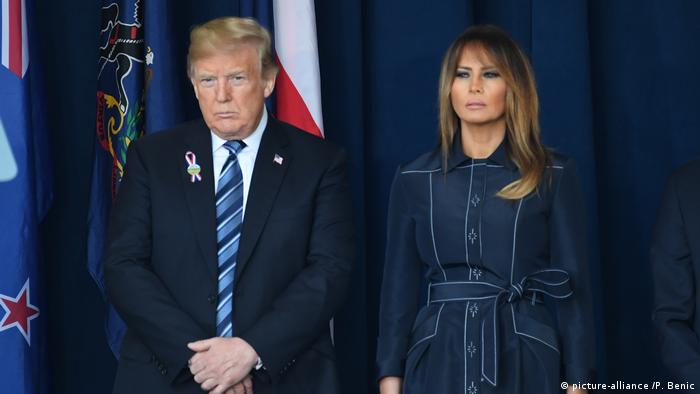 Earlier this year President Trump allegedly dismissed the continent as a collection of "s***hole countries." The White House at the time denied he had made the comments.

Some analysts think the first lady is on fence-mending duties. "She's got some heavy lifting to do on this trip and it's a little bit unfair because that's not what a first lady's trip should be about," said Judd Devermont, director of the Africa program at the Center for Strategic and International Studies.

Many Ghanians believe the trip will have little impact overall.

"She shouldn't have come here," said Ghanaian Kofi Dankwo. "What is she going to do? To me it's bad. She shouldn't come here to do anything."

Another Ghanaian Ebeneza said: "Personally as an African I don't really see her impacting my life. Her husband's hatred for blacks in general and Africans in particular, no African can ever forget him calling us s***hole nations. I don't really expect anything from her."

US first ladies traditionally practice a softer form of diplomacy, showing interest in a host nation's schools, hospitals and arts programs. Trump is therefore expected to avoid some of the thornier political issues — including her husband's controversial comment. 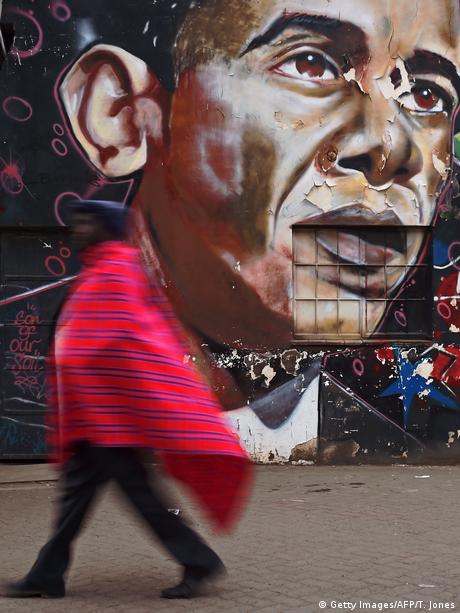 A mural of former US President Barack Obama in Nairobi, Kenya. Most Africans have show little enthusiasm for President Donald Trump, in comparison to his predecessor

But in Malawi, where the first lady will be heading after Ghana, many are surprised that the first lady chose to visit their country. "I think it's an honor for her to be here, but what exactly is she doing here?" said student Zainab Mbowani. "I think Malawi is one of the least developed countries in the world."

But Akuzike Gadama, a student at the University of Malawi, is hopeful of the visit. "I think she has the opportunity to heal the wounds caused by her husband Donald Trump. He has been saying a lot of bad things about Africa which are not true. We Africans are very hardworking people, very industrious."

Blessings Banda believes that the visit "will possibly lead to a ceasefire and a declaration of cordial relationship between Africa and the USA."

Some experts however believe Melania Trump's trip will not be overshadowed by her husband's alleged comments.

"I think the US-Africa relationship is much bigger than the president's comments, and it's been going on for decades and decades," said Joshua Meservey, a senior Africa policy analyst at the Heritage Foundation. "Frankly, I suspect the vast majority of average Africans have not heard of any of those dust-ups. It's very much an elite preoccupation. Africans are, generally speaking, very gracious hosts who will roll out the red carpet and do their absolute best to be hospitable."

"Married to a cyber bully"

So will Trump's visit help improve US-Africa relations? "Not quite," said Blessings Banda. "With what Donald Trump has been saying about black people and Africans in particular, I don't think it's going to change anything."

"She, as a first lady, is coming here for children's welfare, so just doing something for the children wouldn't make Africans or black people forget about what Donald Trump has been saying about Africans," she said.

Kenyan Joseph Serabu thinks her visit will have a political impact, given that Africa has fast become a growing hotbed for trade. "China is already coming to Africa and doing a lot," he told DW. "I think America doesn't want to be left behind."

At a hospital in Accra, the U.S. first lady was shown how babies are weighed in sacks hung from a hook on a scale. She also saw how vitamins are administered to babies and toured a neonatal intensive care unit. This particular stopover was meant to highlight her interest in child welfare.

"It's interesting she is going to concentrate on health and education and also on cyber bullying [because] of course she is married to a cyber bully," Professor John Stremlau of the Wits University in South Africa, told DW.

"It's very difficult to know what will come of this trip. There is certainly no 'Melania-mania' in this part of the world."

The Minister says: Welcome to Africa!

Trump against Rwanda in trade war over used clothes

When East African countries announced a ban on the import of secondhand clothes to help their own textile industries, this irked US President Donald Trump. All but Rwanda have now backtracked. What's at stake? (05.06.2018)

Trump-Buhari state meeting: A chance to mend the US-Nigeria relationship?

The meeting comes shortly after Trump's unflattering comments concerning the African nation. It's likely the US will attempt to rebuild trust, while Nigeria has the chance to promote itself on the world stage. (30.04.2018)

Kenyatta and Trump: In search of a reputation boost

The meeting between US President Trump and Kenyan President Kenyatta served the interests of both leaders at least in the short term, even if it was largely symbolic. But the broader problems remain. (28.08.2018)