Secondhand clothes, smuggling and the US-China trade war in Africa

US­ President Donald Trump has suspended duty-free treatment for apparel products from Rwanda. What appears to be a trade war between the US and one of the smallest countries in Africa, reveals a US-China rivalry. 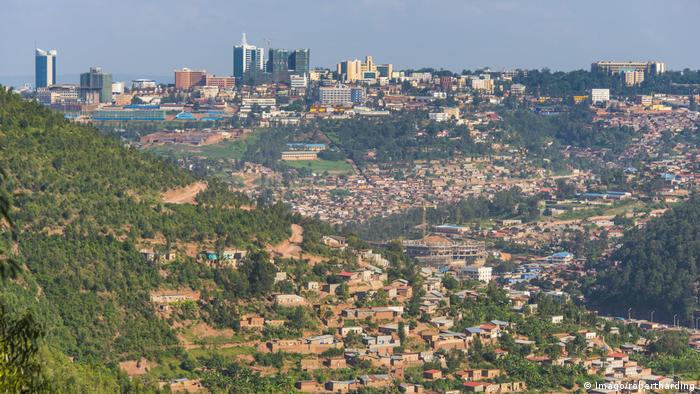 50 kilograms or 110 pounds. That is the maximum Nathalie can smuggle in one night. She knows a shortcut to avoid the border control. Her heavy bags are packed with used trousers, dresses and shirts from Europe and North America. "If you get caught, you can go to jail. If you are lucky, you can bribe the police," she said.

One trip takes her two days. Eight hours by van from Kigali, the capital of Rwanda, to the place near the border where her parents live. Another hour by boat to the Democratic Republic of the Congo. There she spends the day at the market. "I look for all kinds of clothes. Back home, the people buy everything because second­hand clothes are hard to get."

High tariffs for textiles in Rwanda, pressure from the US

Nathalie's 50 kilograms of used clothes are just a minor contraband compared to other smugglers. Rwandan authorities have impounded 230 tons of illegally imported clothes from July to December 2017. This is a consequence of the rise of tariffs for textiles from $0.20 (€0,17) to $2.50 (€2,09) per kilogram by the Rwandan government. The high tariffs are part of the strategy to strengthen the domestic textile sector. Currently, local production cannot compete with the quality and price of used clothes from the West. In 2015, the states of the East African Community (EAC) decided to ban the import on second­hand clothing from 2019 onward.

Read more: Kenyatta and Trump: In search of a reputation boost

Today, Rwanda is the only state that sticks to this plan. It is the US that changed the other countries' minds and also tried to turn Rwanda's decision around. After months of warnings, US President Donald Trump eventually suspended duty-free benefits for apparel from Rwanda on July 31st.

The duty-free benefits for Rwanda were part of the African Growth and Opportunity Act (AGOA), a free trade agreement between the EAC and the US. After Rwanda increased the import tariffs for used textiles, the American Secondary Materials and Recycled Textiles Association filed a petition lobbying an AGOA eligibility review, arguing the ban "imposed significant hardship” on the US used­ clothing industry.

Why does one of the most powerful states in the world care so much about used clothes in one of the smallest countries in Africa? One reason is money: the second­hand clothing trade is big business in East Africa. Although many people in the West give their old garments as donations to caritative organizations, the textiles are then being commercialized. Charities and companies either sell the clothes in second­hand shops or export them. 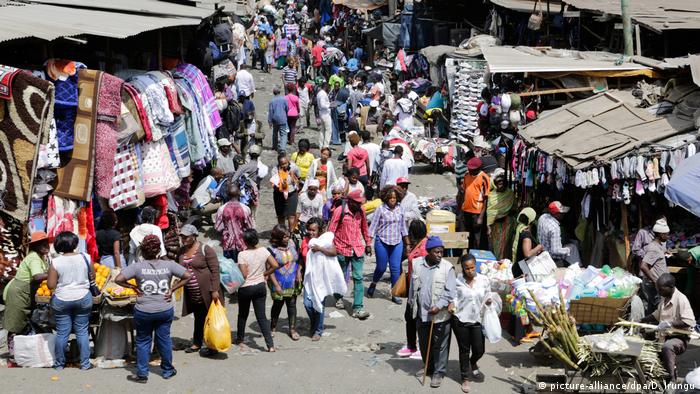 Gikomba market in Nairobi, Kenya, is said to be the biggest used clothing market in East Africa

Secondhand clothes in Rwanda were cheap before 2016. Now that the import tariffs are more than ten times higher, the price of a used garments can be as much as for a new piece made in Rwanda. Due to high production costs, locally manufactured textiles are too expensive for the majority of Rwandans. Therefore, a ban of second­hand clothes could lead to a vacuum demand of affordable fashion.

This makes smuggling of used clothes for people like Nathalie very attractive. But this vacuum could also be filled otherwise. "Some say the import ban will increase cheap textile imports from China," said Helmut Asche, professor of economy and African studies at the Johannes Gutenberg University Mainz in Germany.

That would just be a substitution for the second­hand clothes from the US. "In the short run the deficit will be covered by new clothes from Asia”, Rodgers Mukwaya from the UN Economic Commission for Africa told DW in February. "In the long term, however, we believe that we can take over part of this market ourselves."

"Are we losing out to the Chinese?”

An analysis of the USAID's East Africa Trade Investment Hub doubts this view: "China would be the big winner, by supplying the market with low-­cost new clothing including likely undocumented or illegal imports of used clothing." The paper concludes, that imports of Chinese clothing constitute the real threat to the East African textile industry. According to USAID's East Africa Trade Investment Hub, the EAC already imports more new clothes from China that used clothes from the US.

In January 2017, the New York Times published a list of Africa related questions from the Trump transition team to the State Department. Amongst them: "How does US business compete with other nations in Africa? Are we losing out to the Chinese?" The framing and tone of the questions reflect the rivalry between the two great powers on the world stage and on the world's largest continent. According to the China-Africa Research Initiative, China surpassed the US as Africa's top trade partner in 2009. Chinese exports to Africa have reached about $103 billion (€87 billion) in 2015, while the US exports to Africa amounted to only $27 billion (€ 23 billion) the same year.

"Research showed that actually Chinese investors benefit from investments and trade in Africa," said Dr. Francis Owusu, who is a professor at Iowa State University and originally from Ghana. "From this perspective, it could be a trade war between US and China that is taking place in African countries with Chinese investors using Africa as a way to get to the US market."

Rwanda's textile products on their way to Europe

While the planned import ban of secondhand clothes is already changing the dynamics of the textile business in Rwanda, the suspension of trade benefits is not expected to affect Rwanda's economy much. "Most countries in Eastern Africa benefited very little from AGOA – with the exception of Kenya," Mukwaya from the UN Economic Commission for Africa said. "So any ban from the US will not have a big effect on the exports from Eastern Africa."

Rwanda is only suspended from its duty-free benefits for apparel, which holds a comparatively small share of all exports to the U.S. In 2016, it was approximately four percent with an export value of $1.19 million (€1.01 million). The export value of coffee to the U.S. was $22.1 million (€18 million) for the same year. In total, Rwanda exports in total hold a value of $870 million (€742 million). According to the Rwandan government, companies that are affected are already approaching European buyers.