The US president has said he does not want to speak to his Chinese counterpart Xi Jinping and threatened to sever ties with Beijing, as the standoff between the two countries continues. 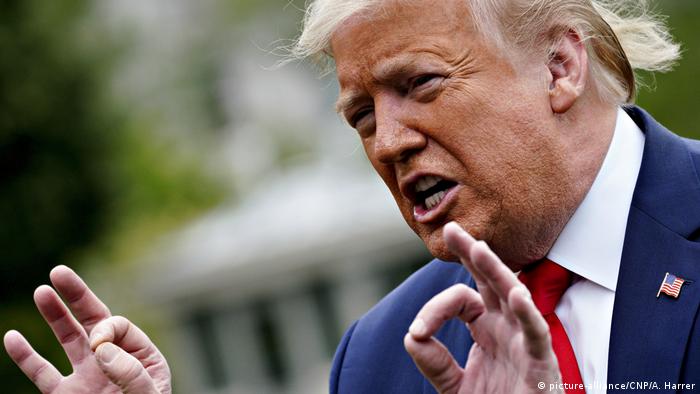 US President Donald Trump has said he might cut ties with China over its handling of the coronavirus pandemic, indicating further deterioration of his relationship with the world's second-largest economy.

Trump has long accused China of concealing the true scale of the outbreak, which first appeared in China's Hubei province in December 2019. The novel coronavirus has killed over 300,000 people worldwide.

In an interview with Fox Business broadcast on Thursday, Trump was asked about how the US might respond to China. "There are many things we could do. We could do things. We could cut off the whole relationship,” he said.

"Now, if you did, what would happen? You'd save $500 billion if you cut off the whole relationship,” Trump said when interviewed on Wednesday, referring to the annual US imports from China which he refers to as lost money.

The US president has repeatedly touted his relationship with Chinese President Xi Jinping, but on Thursday he said he was in no mood for talks with his counterpart.

"I have a very good relationship (with Xi), but I just — right now I don't want to speak to him,” Trump said. "I'm very disappointed in China. I will tell you that right now."

Trump also said the pandemic also cast a pall over the US-China trade deal which he had previously hailed as a major achievement.

In a trade deal signed in January, Beijing had pledged to buy at least $250 billion in additional US goods and services over two years, while Washington had agreed to roll back tariffs on Chinese goods in stages.

Amid the coronavirus outbreak, many multinational corporations are reviewing their strong dependence on production in Asia, notably China. African countries stand to win much as companies aim to diversify supply chains. (14.05.2020)

A well-known chef in Düsseldorf has faced a major backlash over how he announced his restaurant was reopening due to relaxed coronavirus restrictions. The chef's attempt to backtrack did not go down well either. (14.05.2020)

The COVID-19 epidemic poses a threat to the everyday life of people worldwide. Travelers are particularly affected, as are people working in tourism. Here are the latest developments. (14.05.2020)

Covid-19: Where it all began