Amid the coronavirus outbreak, many multinational corporations are reviewing their strong dependence on production in Asia, notably China. African countries stand to gain as companies aim to diversify supply chains. 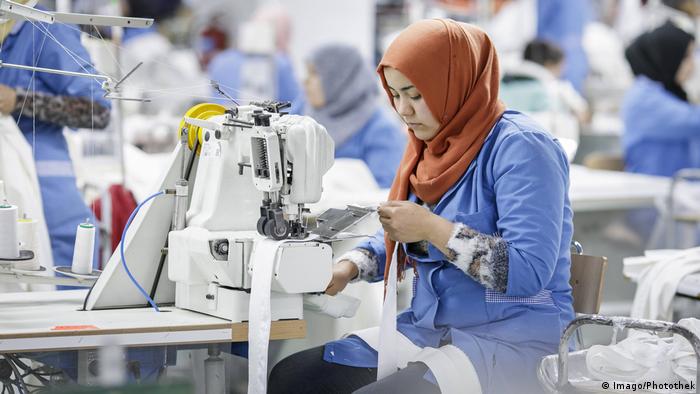 Official coronavirus-related figures coming out of Africa say countries on the continent have so far escaped the worst ravages of the global outbreak, most vividly seen in countries like Italy, Spain and the United States.

According to the African Union (AU), just about 70,000 Africans have officially been infected with the novel pathogen as of May, which is a rather small number given the continent's population of roughly 1.2 billion.

Despite the comparatively low numbers of infections, most African countries have imposed sweeping lockdown measures, hitting prime sectors such as commodities and tourism especially hard, and driving governments deeper into budget deficits.

As the World Bank expects the African continent as a whole to experience its first recession in 25 years, the AU fears some 20 million jobs will be lost in the course of this year.

And yet, Christoph Kannegiesser believes African economies could still "get off rather lightly" if restrictions hampering economic activity are eased soon enough. The chief executive of the German-African Business Association is already casting his sights on post-coronavirus times, hoping Africa could become a new player in the game of globalized production.

"Africa should really be moving stronger into the focus," Kannegiesser told DW, as companies worldwide reviewed their supply chains currently being severely disrupted by the global pandemic. 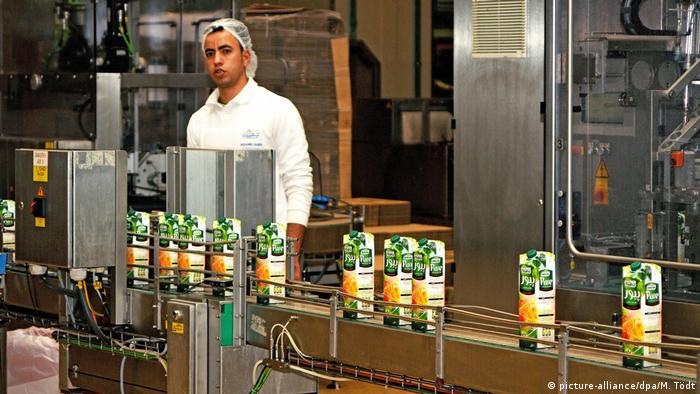 Egypt's Juhayna company has been an important regional player since 1983

According to German industry group VDMA, some 89% of its member companies experienced supply bottlenecks and parts shortages in April, slowing down production output in Germany.

Friedrich Wagner, foreign trade expert at the machine builders' lobby group, says many German firms are in a "process of repositioning themselves" in the globalized markets for upstream products.

"This could finally lead to a relocation [of production] away from China and India," he says, admitting at the same time that suppliers from Africa have so far played a very small role in the strategies of German machine and equipment manufacturers.

But new opportunities could, indeed, be opening up because "locations especially in northern African countries have a geographic advantage" for European companies aiming to shorten supply routes, he told DW.

But Tilmann Altenburg from the German Institute for Development Policy (DIE) is more skeptical, although he welcomes all business efforts aimed at integrating Africa more into global production chains. Altenburg underscores a major disadvantage that's been hampering previous efforts.

"Most African countries are not at all participating in global trade and commerce, except for a few commodity producers. The others are just importing goods produced elsewhere," he told DW. The development expert estimates that no more than 2% of the entire African working population are contributing to the worldwide export value chain at the moment.

Alexander Demissie wouldn't subscribe to the dull perspective of Africa forever remaining disconnected from global economic developments. An adviser for the AfricaRising business consultancy, he notes that special economic zones, which have sprung up in many African countries recently, are already important links in supply chains, with investment policies massively improving in recent years. 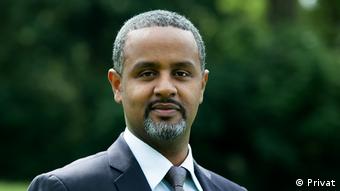 "Locations in northern and eastern Africa are becoming the prime winners of the current pandemic," Demissie told DW, as they are just a four-to-six-hour flight away from Europe, which would also be ideal for deliveries to Germany.

DIE's Tilman Altenburg acknowledges that corporate attempts at diversifying supply chains are not totally bypassing Africa. He cites an example from the textiles industry, where Ethiopia has become a major producer under efforts to "spread supply-side risks" for corporations and despite "production in Bangladesh still being much cheaper."

This "diversification logic" already existed before the virus pandemic, he says, and adds: "But it has reached only a few, less complex industries so far, in which just-in-time production and delivery isn't crucial." 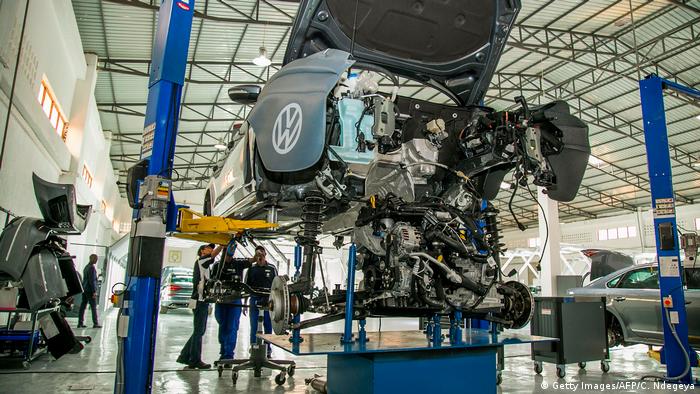 An assembled car is seen during the launching ceremony of Volkswagen's plant in Kigali, Rwanda (2018)

Consultancy AfricaRising nevertheless expects Africa to boost its position in global production in the wake of the coronavirus pandemic. Alexander Demissie sees Egypt playing a larger role in manufacturing generic drugs and medicines for the African market, with ties to European distributors also expected to strengthen.

As governments in Europe are seeking to weaken their dependence on Chinese supplies for their health services, Egypt "could stand to benefit from those attempts," he believes.

Another sector profiting from diversification could be Africa's automobile industry, he adds, which already assembles cars for German manufacturers and local markets alike. Production sites in South Africa are already well-established, and Rwanda is increasingly in the focus of German carmakers, he argues.

For the time being though, German companies with operations in Africa are busy managing the coronavirus outbreak, seeking to limit the damage caused by the lockdowns, says Christoph Kannegiesser.

But that shouldn't keep business leaders from reviewing strategies, and taking a closer look at the opportunities opening up on the African continent.

"Industrial value chains made in Africa could be a brand-new issue, and developing a fresh dynamic in post-coronavirus times," he concludes.