US approves support for Pakistan's F-16s amid Afghanistan outreach

The logistical support for the fighter jets comes days after Pakistani Prime Minister Imran Khan met with Donald Trump in Washington. Pakistan has promised to assist the US in reaching an Afghan political settlement. 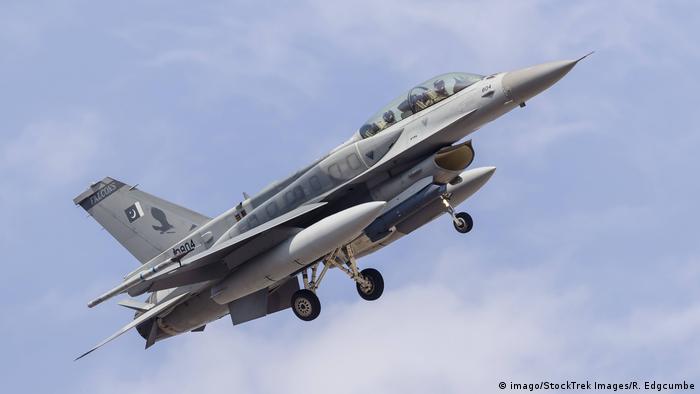 "This proposed sale will support the foreign policy and national security of the United States by protecting US technology through the continued presence of US personnel that provide 24/7 end-use monitoring," the US Defense Security Cooperation Agency said.

The Pakistani government had requested the US reinstate its technical support for the F-16s, which are considered essential for the country's defense.

On Monday, Khan and Trump agreed to bolster cooperation in Afghanistan to pressure Taliban militants to reach a peace deal.

Washington expects Islamabad to use its influence on the Taliban to force them to agree to a political settlement. The Taliban recently said they would visit Pakistan if Khan extends an invitation to them.

After coming to power, Trump halted all so-called Foreign Military Sale (FMS) support programs for Pakistan after accusing Islamabad of not helping Washington in achieving its objectives in Afghanistan.

But lately, the US has taken a softer approach towards Pakistan and agreed to some important measures towards building confidence.

"The US-Pakistan military-to-military ties have been restored," DW correspondent Anwar Iqbal said. "The release of funds was quite unexpected though," he added.

Pro-democracy activists and rights groups in Pakistan fear US military support could embolden authorities to crack down on political opponents and independent media.

"It will raise the military's profile at home, and it may also have a direct impact on those politicians who want to reduce the army's influence in domestic politics," Iqbal said.

In recent months, the security establishment has been accused of arresting dozens of workers of the Pashtun Tahafaz (Protection) Movement, or PTM, which has criticized the military's actions in the tribal regions in western and northwestern parts of the country.

Military balance in the region

"India needs this follow-on support to maintain its operational readiness and ability to provide Humanitarian Assistance and Disaster Relief (HA/DR) assistance in the region," the US Defense Security Cooperation Agency said.

The agency said that the proposed sales of equipment and support "will not alter the basic military balance in the region."

Iqbal said India "will not be pleased" with the US' support for Pakistan's F-16s.

"They oppose any military ties between the US and Pakistan," he said.

Indian officials have told angry opposition lawmakers that the government had not invited Donald Trump to mediate the conflict. A day before, the US president had made the offer, saying: "I would love to be a mediator." (23.07.2019)

The recent killing of a young Pakistani blogger, known for criticizing the nation's powerful military, has once again reignited the debate about the deteriorating freedom of expression in the country. (18.06.2019)