Malala′s father: ′Pakistan′s security policies need a paradigm shift′ | Asia| An in-depth look at news from across the continent | DW | 23.04.2019 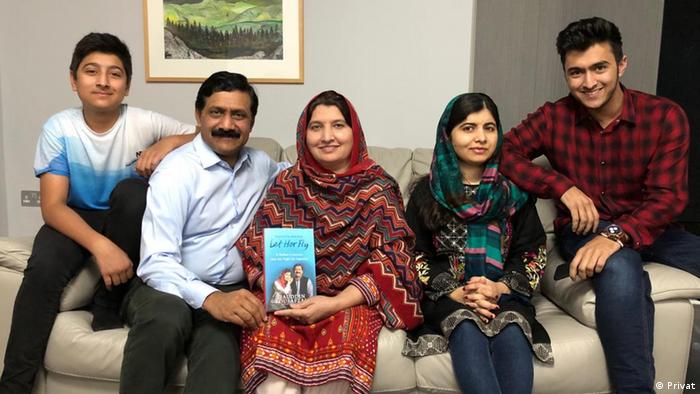 DW: Tell us about your recently published book, "Let Her Fly."

Ziauddin Yousafzai: "Let Her Fly" is about my family. It is a story about the transformation of a patriarchal, male-dominated family into a family that now carries forward gender equality.

I always tell people that although we were poor [back in Pakistan], we were rich in our values. You can read about these values and our transformation in the book.

After Taliban militants attacked Malala in 2012, your family moved to Britain. Do you want to return to Pakistan? 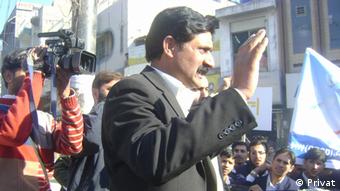 While in Pakistan, Ziauddin Yousafzai encouraged his daughter Malala to campaign for girls' rights

We visited Pakistan in March, last year. It was an exciting and emotional moment for us. We want to visit Pakistan more frequently. Pakistan is our home and we want to live in our country because we belong there.

The Malala Fund, established by your daughter, has been involved in a number of development projects. What is the main focus of the organization?

We work on girls' education all over the world — to ensure free, safe and quality education for them. Our main focus is on countries where the number of girls attending school is very low, for instance, in Afghanistan, Brazil, India, Nigeria and Pakistan. We are also working with Syrian refugees in Jordan, Lebanon and Turkey. We have built schools in Pakistan, as well as for Syrian refugees in Lebanon.

How do you view the current Pakistani government, headed by Prime Minister Imran Khan?

The government made tall claims that it would turn things around in the country. After assessing the performance of its first 100 days, any honest person would say it has been a fiasco. The economy is in shambles, the so-called National Action Plan [against militant outfits] is a failure, and the government has not done anything for the development of the tribal region [that borders Afghanistan].

But it is never too late. Rather than wasting time on lobbying for a "Islamic presidential system," the incumbent government should try to restore people's faith in parliamentary democracy. They should also take the opposition into confidence on major national issues such as the restoration of economy and elimination of terrorism. It is the only way forward. Strong and sustained democracy is Pakistan's only hope.

As you mentioned the northwestern tribal region, you must be aware that a people's movement for the protection of the Pashtun people, known as the Pashtun Tahaffuz Movement (PTM), has become quite popular in these areas. The leaders of the movement are critical of war and the Pakistani military's alleged atrocities in the region. Do you find their demands legitimate?

The PTM is an indigenous movement, spearheaded by the Pashtun youth. They are educated, well organized and clear about their demands. We went through a [violent] conflict in Swat area and witnessed Taliban atrocities. This was followed by the war against terrorism in the shape of different military operations against the Taliban and other militias.

For decades, the people in Pakistan's northwestern areas have suffered wars. Thousands of people have been killed and tortured. Families have been displaced, and properties have been destroyed. There has been a mass exodus in that region. Pakistan's war against militancy was successful to some extent, but it has remained dubious, as we could see that Pakistan's security forces could have reined in militant groups in Swat from the very beginning. But unfortunately, they were allowed to operate and subsequently they gained a lot of strength.

This is the backdrop in which the PTM emerged. The movement is a response to all these atrocities, troubles, and also to Pakistan's policies that triggered the conflict.

Pashtuns should be treated as equal citizens of Pakistan; it is also their constitutional right. Their demands are legitimate and constitutional.

The only reason why some people are critical of this movement is that it is challenging the Pakistani military. The military needs to understand the Pashtun plight. Labeling them as "traitors" would increase the alienation among them. Decades of violence, Talibanization of the region, and military operations have created a huge trust deficit between the security forces and the the people of Khyber Pakhtunkhwa province and the tribal areas. We need genuine trust-building measures. The military should talk with the PTM leadership, listen to them and pay heed to their constitutional demands. The PTM, too, should be open to negotiations and reconciliation. That is the only way out in my opinion. 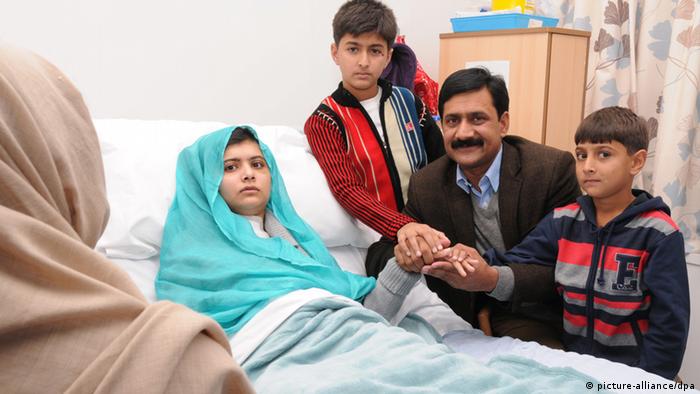 But the civilian government and military leadership say they are cracking down on banned militant outfits. Shouldn't this satisfy peace activists?

PM Khan recently said that there is no place for militias in the country. We have to see whether he really means that and makes changes to the state's policy. It is easy for the government to ban these groups. It will send a strong message to the world that Pakistan wants to be a democratic country, which respects the rule of law, and which believes in justice. Pakistan needs a political, as well as a security, paradigm shift.

The overall human rights situation in Pakistan has deteriorated in the past few years. The country's civil society complains of increased curbs on the freedom of expression. How do you look at it?

Democracy is synonymous with free speech. Citizens have the right to openly express their views on government policies that affect their lives. If the authorities stop people from being critical, if they have a selective view on the freedom of speech, and if they try to control media, such measures would be tantamount to fascism.

The situation is very bad in Pakistan. Mainstream and social media are being repressed by the government, forcing TV channels to expel independent-minded journalists and newspapers to censor articles by columnists. I believe Pakistan has never seen anything like this before.

Read more: Why Pakistan wants to rein in its civil society

How do you view the ongoing Afghan peace process and Pakistan's role in it?

I think that if all stakeholders, including the Taliban and the Afghan government, are on board, and if Pakistan, Iran and other regional powers also come together to facilitate this process, there is a great chance for peace in Afghanistan. But the process requires sincerity, and more importantly, a genuine wish for peace that guarantees basic human rights for all Afghan men and women. There should be no compromise on girls' education and women's freedom.

If Islamabad genuinely supports the Afghan peace process, it would also be a great opportunity for Pakistan to improve its image in the world.

Ziauddin Yousafzai is a Pakistani educationist and human rights activist. He protested against the Taliban advances in Pakistan's Swat region and campaigned for the education of girls. He is currently based in Britain with his family.

Nobel peace laureate Malala Yousafzai has returned to Pakistan for the first time since she was shot by the Taliban in 2012. DW examines why Malala – loved around the world – is not so popular in her home country. (29.03.2018)

Malala's father: 'We might go back to Pakistan this year'

Pakistan's teenage Nobel laureate Malala acknowledges her father's role in the development of her activism. In a DW interview, Ziauddin Yousafzai, talks about the threats to his family and Malala's future plans. (13.01.2015)