Pashtun movement leader: ′Pakistani army is afraid of our popularity′ | Asia | An in-depth look at news from across the continent | DW | 05.06.2019

Pashtun movement leader: 'Pakistani army is afraid of our popularity' 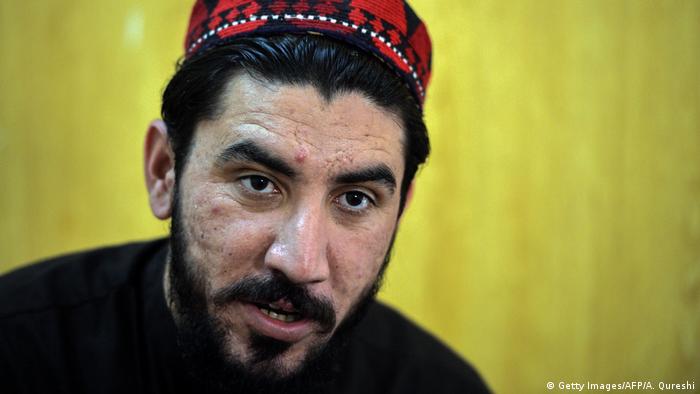 On May 26, an armed confrontation between Pakistani troops and supporters of a Pashtun nationalist movement left at least 13 people dead and 25 others wounded, including five soldiers. The incident took place at Khar Kamar checkpoint in the North Waziristan region, near the Afghan border.

The protest was led by two members of parliament — Ali Wazir and Mohsin Dawar — who are members of the Pashtun Tahafuz Movement (PTM). The military arrested both parliamentarians for allegedly attacking the Khar Kamar checkpoint.

The PTM has gained considerable strength in the past two years, drawing tens of thousands of people to its protest rallies. Its supporters are critical of the war on terror, which they say has ravaged Pashtun areas in both Afghanistan and Pakistan.

The PTM demands an end to extra-judicial killings and arbitrary detentions of Pashtuns in the name of the war on terror. The movement has struck a chord with thousands of Pashtuns, who blame both the Pakistani military and jihadists for destruction in their region. 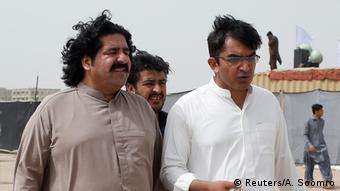 The Pashtun issue has been a sensitive one for Pakistan since the South Asian country gained independence from British rule in 1947. With a large Pashtun population in both Afghanistan and Pakistan, the idea of an independent Pashtun-majority homeland baffled Pakistan right from the beginning. Some experts say Pakistani authorities favored Islamization of the region to rein in the "Pashtunistan" movement, led by liberal and secular politicians and activists.

The Afghan government, which usually refrains from commenting on Pakistan's domestic politics, has praised PTM leader Manzoor Pashteen's campaign in the past. Afghan President Ashraf Ghani shared several tweets about the "Pashtun march" in February 2018, hoping that it would succeed in "uprooting and eradicating terrorism from the region."

Last month, Major General Asif Ghafoor, a spokesman for the Pakistani military, accused the PTM leadership of working against the country. He alleged that the PTM is receiving money from Indian and Afghan intelligence agencies.

In an interview with DW, Pashteen talked about the clash in May with Pakistani troops and the "anti-state" allegations against his movement.

DW: Why didn't you immediately respond to the May 26 clash?

Manzoor Pashteen: We don't speak out without evidence. Until I received credible evidence of what exactly happened [on May 26], I refrained from commenting on it.

You accused Pakistan's security forces of targeting PTM supporters? Why would the military attack peaceful protesters?

The PTM has two elected representatives in parliament who speak out against the policies of our state institutions. The army doesn't like it. It is trying to remove such critics from our (elected) assemblies.

The people in our tribal areas have long demanded that the number of their [parliamentary] seats be increased so that they get better representation. A constitutional amendment, tabled by one of our lawmakers, Mohsin Dawar, was finally passed by the parliament. The army is wary of Dawar's popularity in his constituency. It fears that despite its attempts to rig the upcoming [local] election, PTM candidates are likely to win in the tribal areas. That is why they arrested Dawar.

The incident also shows that the government is not interested in allowing any political activity in the [tribal] region. By opening fire on demonstrators and then not allowing local media to report on it, the army is sending a clear message that it is against democratic activities in the region.

Your movement is accused of being anti-Pakistan. How would you respond to this allegation?

We are not anti-Pakistan; we are only anti-terrorism. We are against oppression in all its forms – be it perpetrated by "good or bad Taliban" or by the Pakistani military's intelligence agencies.

But critics say that your slogans are provocative and that they directly attack the military?

Our slogans are not anti-state, but anti-terror. By denouncing our demonstrations against terrorism as anti-state, the army is doing a disservice to our country. When people in our rallies raise slogans that "those responsible for terrorism are the ones in [military] uniform," they only refer to what a number of senior Pakistani generals have confessed publicly in the past. Even Prime Minister Imran Khan once said that our military generals were involved in promoting these (militant) activities.

We'll continue to demand our rights through peaceful protests and rallies.

Manzoor Pashteen is the leader of the Pashtun Tahafuz Movement (Movement for the protection of Pashtuns, PTM).

The interview was conducted by Mudassar Shah.