US ambassador to Russia will return to Moscow this week

John Sullivan was recalled in April but will fly back this week following an agreement between US President Joe Biden and his Russian counterpart Valdimir Putin. 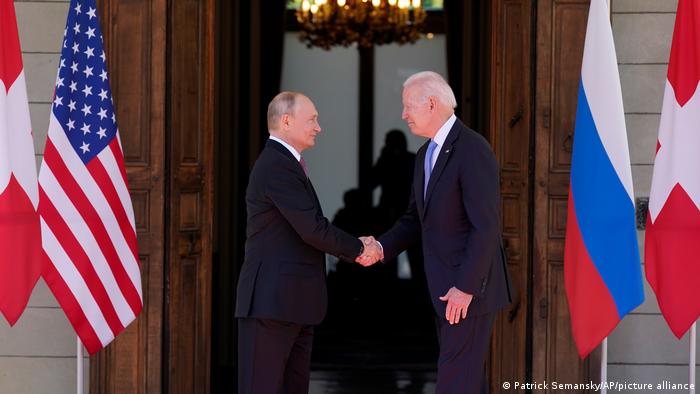 US President Joe Biden and his Russian counterpart Vladimir Putin had agreed in Geneva last week to send back their respective ambassadors.

"That's in part because we remain committed to open channels of communication with the Russian government, both as a means to advance US interests but also to reduce the risk of miscalculation between our two countries," Price said.

Why did Sullivan leave Moscow?

The Russia RIA news agency had quoted Sullivan as saying that he was returning to Washington to consult on US-Russian relations amid a diplomatic crisis between the two countries.

Tensions escalated between Washington and Moscow earlier this year, with a wave of tit-for-tat sanctions and expulsions of diplomats.

After Biden took office in January, he pledged a tougher stance on Russia over alleged election interference, cyberattacks and a crackdown on dissent.

But last week's summit saw the two countries' leaders share some common ground, including agreeing that "nuclear war cannot be won and must never be fought."