US adds sanctions on ruler of Russia's Chechnya, Ramzan Kadyrov

One reason the US gave for its latest sanctions was concerns that Chechen strongman Ramzan Kadyrov had been using the coronavirus as a cover to inflict human rights abuses. Moscow called the allegations baseless. 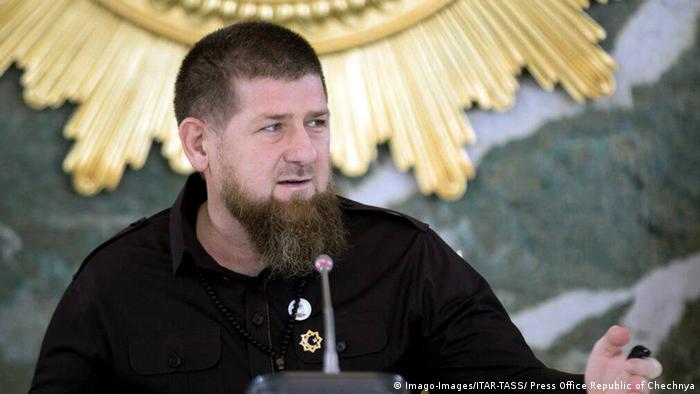 The Trump administration on Monday imposed further sanctions on Ramzan Kadyrov, the strongman ruler of Russia's southern region of Chechnya, accusing him of involvement in "gross human rights violations."

US Secretary of State Mike Pompeo said in a statement that Washington was concerned that Kadyrov, an ally of Russian President Vladimir Putin, was "using the excuse of the coronavirus pandemic to inflict further human rights abuses on the people of the Chechen Republic."

"The Department has extensive credible information that Kadyrov is responsible for numerous gross violations of human rights dating back more than a decade, including torture and extrajudicial killings," Pompeo said.

The US had previously blacklisted Kadyrov under the Magnitsky Act. The 2012 law imposed visa bans and asset freezes on Russian officials thought to be linked to the killing in prison of Sergei Magnitsky, a 37-year-old Russian auditor and whistleblower.

'It will get interesting'

The Chechen leader responded on his Telegram channel with a photograph portraying him smiling and holding a pair of light machine guns in what appears to be an armory.

"Pompeo, we accept the fight. It will get interesting," he wrote.

Russian lawmaker Leonid Slutzky said Moscow would respond to the US sanctions.

"The grounds for blacklisting [Kadyrov] are absolutely baseless," Slutzky was quoted by the Interfax news agency as saying. "Russia will find the way to apply countermeasures for this, yet another, illegal decision of the [US] State Department."

Kadyrov, 43, has ruled Cechnya since 2007 and the Kremlin has relied on him to stabilize the region after two separate wars. Human rights groups accuse him of presiding over the abduction, torture and killing of opponents.

Rights advocates also hold Chechen authorities responsible for a crackdown on the region's gay community that has seen 100 people arrested, tortured and killed. Chechen officials have denied those allegations, and Russian authorities said a federal probe found nothing to support the charges.

Opinion: Russia may get Vladimir Putin for life

Referendums can have unpredictable risks and side-effects, as Vladimir Putin may yet discover. He has just had the people endorse changes to the constitution, as Christian F. Trippe writes. (02.07.2020)

People in the eastern province of Khabarovsk have been staging protests against Vladimir Putin for nearly a week. Russia's president has not intervened, fearing that acting could backfire and weaken his grip on power. (14.07.2020)