Opinion: Russia may get Vladimir Putin for life

Referendums can have unpredictable risks and side-effects, as Vladimir Putin may yet discover. He has just had the people endorse changes to the constitution, as Christian F. Trippe writes. 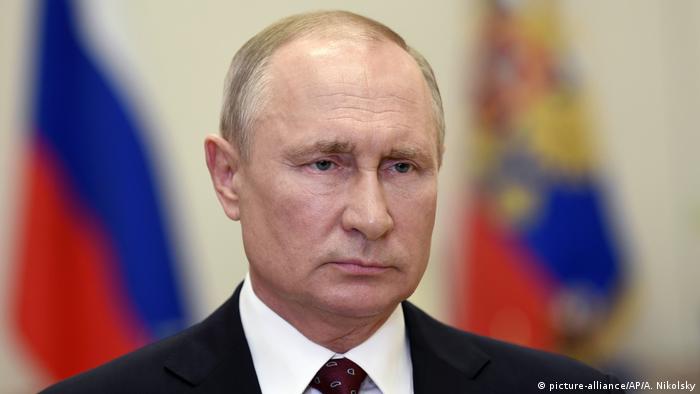 When the British then-Prime Minister David Cameron announced a referendum on the United Kingdom's membership of the European Union, he didn't have to do it. Cameron acted not out of constitutional necessity but under political pressure. He attached a simple yes-or-no vote to what was by no means a simple question — and, in doing so, plunged his country into a still ongoing political chaos.

When Russian President Vladimir Putin announced a referendum to consult the Russian people on a radical constitutional reform, he didn't have to do it. Putin acted not out of constitutional necessity, but because he sensed political pressure. He attached a simple question — yes or no — to an extremely complex issue. Because constitutional questions are always and primarily questions of power — and they touch on things that bind a society at its core.

Before turning to his people, Putin had already obtained an answer to the power question in a scene like something out of a movie. For months, political advisors and experts in Moscow had been racking their brains as to how Putin could stay in power once his constitutionally limited term of office came to an end. Through new instruments of state? In a new unified state? Or in a new office of state? Scripts were circulated, scenarios debated. Then Valentina Tereshkova — the first woman in space, a hero of the Soviet Union, and representative of the Kremlin's United Russia party in the State Duma — soared above them all with her political proposal: an amendment to the constitution to enable Putin to serve two further terms in office. 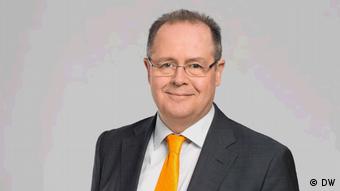 If that's what he wants. Recently, Putin has been flirting with the idea in public, saying that, in certain circumstances, he could imagine standing again. Now, it seems, those circumstances have arisen. With 98% of the vote counted, some 78% of Russian voters asked their president to stay in office. This nearly mirrors the result foretold weeks ago by Kremlin astrologers. Because that was the real aim of the constitutional reform: to orchestrate an appeal from the plebiscite that will keep Putin in power. To create legitimacy, where in reality there is a moral void.

Kremlin helps populists at both ends of the spectrum

"Stability and security" is what Putin promised Russians if they approved the constitutional amendment. In the short term, he will guarantee both; not even his political opponents doubt that. But at what cost? It's possible at least to estimate what this will be when the other changes to the constitution are also taken into account. Together, they constitute further rejection of the West and of its liberal system. In the future, the priority of Russian law over international norms will be enshrined in the constitution, as will belief in God and the rejection of all ways of life that do not correspond to the traditional concept of family.

The spirit of the new Russian constitution is likely to be felt by others, as well. Backed by this vote, the Kremlin will feel emboldened to continue to propagate its model of governance. All over Europe, populists on both the left and the right of the political spectrum can look forward to an even heavier promotion of autocracy by Moscow. However, countries that gained their independence from the Soviet Union 30 years ago are less than happy about the constitutional reform: After all, it professes a "historical truth" that is geared toward an old, Soviet-imperial concept of history.

Tension in Moscow; coronavirus and the economy

With this amended constitution, Russia is coming clean: The concepts in the new text reflect what has characterized Russian politics for the past 20 years. Putin is consolidating his power, and strengthening the authoritarian system that has been tailor-made for him. So far, so reassuring for everyone who props up this system and profits from it. Yet there is a conspicuous amount of tension in Moscow these days.

The Kremlin left absolutely no stone unturned to achieve the outcome it wanted in this referendum. But what if this very obvious influence, together with all sorts of organizational inconsistencies, has the opposite of the desired effect? What if the president doesn't receive a boost of new strength? What if, instead, the referendum result isn't really taken seriously? What if it even provokes political resistance? Putin's popularity ratings have been falling for months. Russia's economy is battling a recession. In Russia, too, the coronavirus is devastating company balance sheets and order books.

When David Cameron realized that he had gambled and lost on the Brexit referendum, he resigned. He stood in front of the cameras, announced his resignation from office, admitted defeat, turned, and left, humming cheerfully.

However, if the referendum in Russia doesn't achieve its political aim, Vladimir Putin certainly will not be content to retire from political life. Russia's political operating system does not provide for this option. Instead, with the updated constitution, Putin can now rule for another 16 years. I predict he'll do it — regardless of the political cost, and consequences.

On July 1 Russia will "consult" voters on an array of possible amendments to the constitution. Prejudices against LGBTQ+ communities are being exploited to get people to vote in the referendum, DW's Juri Rescheto writes. (11.06.2020)

German economy up but beer sales down 23h ago