Every Moscow resident who votes at the upcoming referendum will have a chance to win a free gift certificate, authorities said. The proposal would open the door for Vladimir Putin to stay in office until 2036. 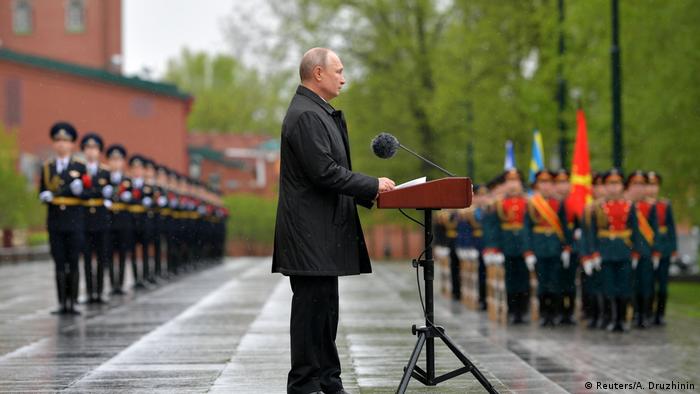 As the vote on constitutional reforms draws near in Russia, a senior city official in Moscow pledged over 2 million vouchers as prizes for referendum voters.

"The certificates would be valid exclusively in the Moscow consumer service industry, restaurants, and trade companies," official Alexei Nemeryuk was quoted as saying by the Interfax news agency.

Every Muscovite who votes in the referendum would "receive a code, and there will be a raffle for points."

"After the raffle, the people would receive points that they can use," he added.

Nemeryuk, who heads Moscow's capital trade and services sector, said the raffle aims to stimulate the economy in the Russian capital. The city of 12.5 million people had faced weeks of lockdown while struggling with the coronavirus outbreak.

The move could also serve to boost the turnout in the referendum. If adopted, the government-backed reforms would allow the current Russian president, Vladimir Putin, to stay in office until 2036. The vote was originally set for April 22, but the Kremlin was forced to postpone it because of the coronavirus.

The new official date is June 1. In practice, however, Moscow and the city of Nizhny Novgorod will start receiving electronic ballots on June 25th, after the authorities decided to allow the option of online voting in the two areas. This week, Russian authorities said they had dispatched officials to gather early votes from Russian citizens located in the country's most remote regions, including deer herders, fishermen, and miners in Siberia.

The ruling United Russia party has been running an extensive campaign ahead of the plebiscite, with Russian celebrities and pro-government media outlets urging people to vote for the reforms.

A poll published by Russia's reputable Leveda pollster last month showed that 66% of participants were likely to take part in the plebiscite. Out of that group, 55% would vote in favor while only 19% would vote against the reforms.