Russian court clears way for Putin to stay in power 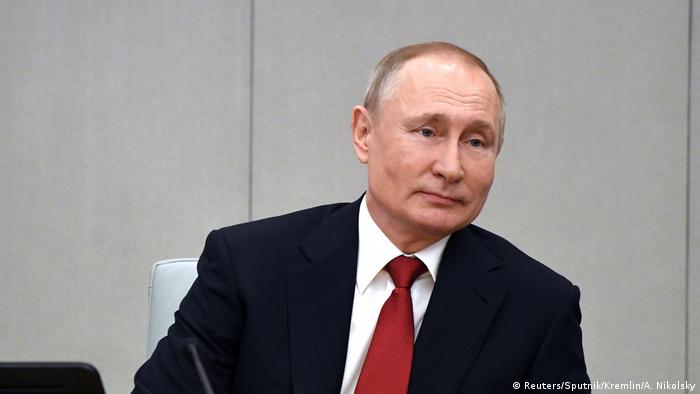 Just days after the idea of "resetting" Vladimir Putin's term count was publicly floated in parliament, Russia's Constitutional Court has ruled that such a move is lawful.

On Monday, the court approved the changes which are part of a wide-reaching reform package that could allow the 67-year-old strongman to stay in power until 2036. The reform would still need to be approved by voters in a nationwide referendum, which has been set for April 22.

The Monday ruling was final and effective immediately, the court said on their website.

No room for Kremlin critics

Putin has ruled Russia since 2000, switching to the prime ministerial office in 2008 to circumvent term limits and returning to the presidency in 2012, after a reform that prolonged the length of a presidential term from four to six years. He won his most recent presidential term in 2018, which would allow him to legally stay in power by 2024.

Last month, Putin launched an idea of a sweeping constitutional reform, which would include giving more power to parliament, assert the priority of Russian law over international norms, outlawing same-sex marriage, and enshrining "belief in God" into the Constitution.

The changes also mean that presidential candidates can only run if they have lived in the country for the past 25 years. The rule would eliminate Kremlin critic Alexei Navalny, who has attended an academic program in Yale in 2010, as well as exiled oligarch Mikhail Khodorkovsky.

While Russian lawmakers were discussing the reform in the Duma last week, the idea of resetting term limits was voiced by the pro-Putin United Russia deputy Valentina Tereshkova, a former cosmonaut and the first woman in space, last Tuesday.

Putin personally appeared in the chamber just hours later to say that such a move would be "possible in principle." By the end of the day, lawmakers supported Tereshkova's motion and made it a part of the constitutional reform. The parliament, dominated by pro-Putin parties, endorsed the reform in the third and final reading on Wednesday, and Putin signed off on the reform law during the weekend.

The Monday ruling comes after over 18,000 Russians signed a petition slamming the reform as "politically and ethically unacceptable".