Russia: Putin signs law that could keep him in power until 2036 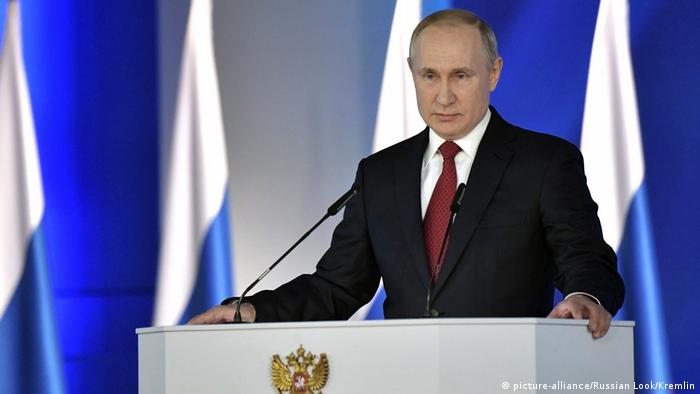 Russian President Vladimir Putin on Saturday signed a series of unprecedented constitutional amendments that could set him up for an additional two terms as president.

The measures now move to the Constitutional Court for approval this week, followed by a public referendum to be held next month.

The bill contains nearly 400 changes to Russia's constitution; among them an amendment that would restart the counting of Putin's presidential terms. Under current law, the Russian leader is required to leave office in 2024. If approved, the new legislation would position him for two more six-year terms in office, potentially keeping him in power until 2036.

The 67-year-old leader served two four-year terms as president from 2000 to 2008. The presidential term was then extended to six years and Putin was re-elected in 2012 and 2018.

Putin introduced the last-minute proposal to the 68-page bill on Tuesday, when it was quickly approved in the lower house of parliament. It later also passed in the upper house and in regional parliaments.

The bill would also strengthen the presidency, outlaw same-sex marriage in Russia, and list "a belief in God" as a key Russian value.

The Russian public will vote on the amendments on April 22. The country's Senate Speaker Valentina Matvienko on Saturday said the referendum "must take place despite various worries about coronavirus."

Critics are calling the move a power grab at a time when the coronavirus outbreak restricts mass gatherings and the ability to protest.

Despite the current restrictions, protesters managed to speak out against the reforms on Saturday at a demonstration organized to protest political repression held near the headquarters of the Federal Security Service (FSB).

Protesters demanded the release of political prisoners who earlier this year had been convicted on terrorism charges. Many of the prisoners had said in court that the FSB had tortured them.

"We are seeing an attempt to overthrow the constitutional regime, to reset the term limits, solidarity is more important than ever," he told journalists prior to being arrested.

Police arrested 49 people at the protest, saying that the demonstration had not been authorized.