When humans get loud, the impacts are far-reaching for fish, mammals, birds, insects and even plants. The effects are similar, and similarly bad. 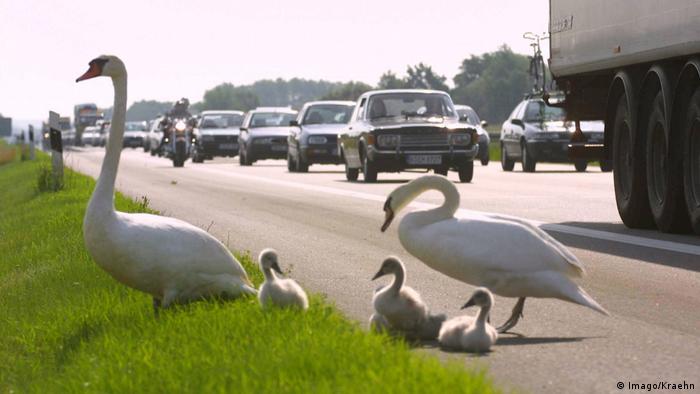 Noise comes from everywhere — it tears down streets, hurtles through the air and is propelled hundreds of kilometers through water. And although, we humans are the ones who cause it, we are not the only ones affected. Far from it. Our general pandemonium impacts all manner, size and form of life on the planet.

The following species are case studies. Not every animal of a given species will react to noise in the same way. To a degree, research into the effects of man-made din is in its infancy, but some scientists have begun to give it priority. One such researcher is Andy Radford from England's University of Bristol, who has been exploring the impacts of human noise in two projects. The first takes us to Great Barrier Reef in Australia.

Fish: Roaring on the reef

Radford and his team spent months on the reef researching how the the spiny chromis, a blue-gray fish of between 11 and 15 centimeters (4 to 6 inches), breeds in loud conditions. 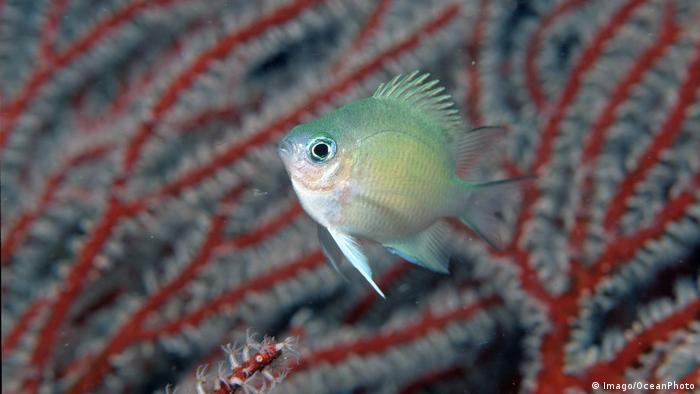 When subjected to the roar of nautical engines, the adult fish behaved differently, he said. Of particular note was that they spent longer chasing away other fish than their counterparts in a quieter environment.

"One could think that's a good thing but if lots of those chases are inappropriate then you are leaving your nest exposed and not doing the other aspects of parental care that you should. It's wasted time if it's unnecessary," he continues.

Read more: How humans are polluting the world with noise

In addition, Radford and his team established that higher levels of motor boat noise correlated to lower numbers of developed young, something they say is most logically attributed to the fact that in taking their eyes off their nests, predators could come in and help themselves. They also observed how the adult fish spent considerably less time feeding themselves, resulting in less energy to tend to their young.

Having concluded their 12 days of experiments in a controlled environment, Radford and his team conducted it again for three months on parts of the reef that are known to be loud. The scientists hope to gain a greater insight into how fish fare in the sound turbulence of the ocean.

Birds: Fighting to be heard

A number of studies on birds have also revealed noise stress when species are exposed to high levels of man-made din. Some relocate when the going gets too loud, which can have an impact on other species.

For those that opt to stay, being able to adapt in such things as their song habits is essential. A case in point is the nightingale, which sings to mark out its territory and to attract a mate. But because it is competing with louder man-made sounds, it has to sing louder to be heard above human racket. 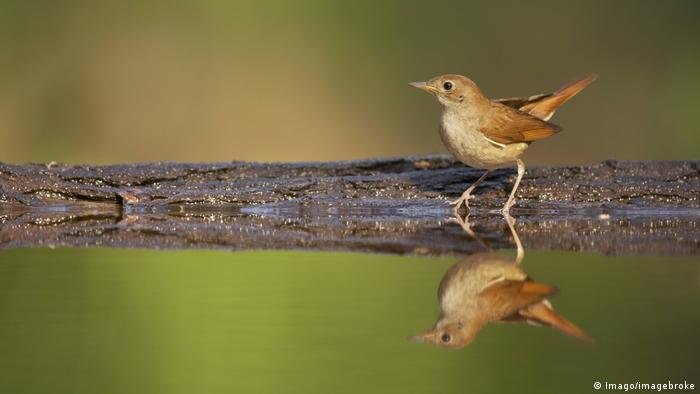 Known for its song, the nightingale is struggling to be heard above other noises

"More than ten decibels louder," says Tobias Rahde, bird curator at the Berlin Zoo. "That's quite an increase." Too much of a leap for some of the sparrow-sized birds, and that, in turn, is bad news for the species.

"The fact that the males can no longer hear one another's song so well, can have an impact on the size of the territory," Rahde continues.

Read more: How many people die from air or noise pollution?

And a reduction in territory scale leads to a reduction in the size of the hunting area, which subsequently means less food to feed the young, thereby ultimately threatening the overall number of animals.

Insects: Tiny but not insignificant

The noise generated by gas compressors  in San Juan Becken in New Mexico is no lullaby. The machines produce high and low frequencies at the same time and all things being equal, are operational 24/7 every day of the year. They also emit vibrations into the ground.

To live alongside it requires strong nerves or good protection. Research conducted by the Florida Museum of Natural History shows that even some of the planet's tiniest species are overwhelmed by what they hear. 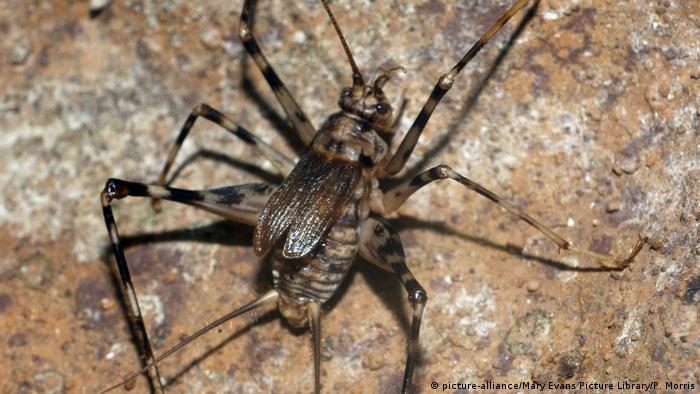 "Noise pollution affects all kinds of animals, and insects are no exception," the May 2017 study claims.  The scientists compared insect concentrations on sites near the compressors with ecologically similar ones that were free of noise pollution. In the former they found 95 percent fewer cave, camel and spider crickets, 52 percent fewer froghoppers and 24 percent fewer grasshoppers.

Because those insects rely on the ability to make sounds or sense vibrations, be it in order to find a mate or detect pray, this high volume of man-made noise could interfere with information they either receive or send out.

Read more: Where sound is seen as well as heard

The scientists say the noise could also trigger a chain reaction because insects are fundamental to the stability of the food chain, pollination, the decomposition of organic matter and, thereby, the health of entire ecosystems.

But what about plants? Given their lack of ears it would be easy to assume they have it easy in the face of man-made noise. But there's a bit more to it than that, as a study into the Colorado pinyon, a type of pine that forms large edible seeds, goes to show. 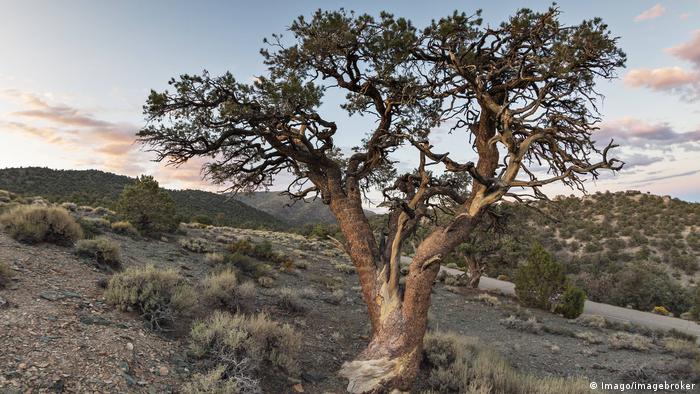 Trees can't hear noise, but are affected by other species that can

The tree starts to bloom in the Southwestern US in early May and is generally pollinated in June. Several months later, yellow-green cones emitting a sticky sap start to form. They, in turn, attract birds, including the California scrub jay. This particular bird buries the ripe seeds as a source of food during the winter months.

Forgotten seeds become new pine trees. But if there's too much noise from traffic and gas wells, the California scrub jays tend to head to quieter regions, while the tree stays rooted to the spot. It still drops its seeds, but they get eaten by mice, who are less sensitive to loud noise. Because the mice remember to eat their bounty, the accidental growth that occurs when the birds don't go back for their stash, faces long-term threat.

Unlike mice, the dwarf mongoose is highly noise sensitive. Andy Radford has also been studying these scraggy little reddish brown animals native to parts of eastern and southern Africa.

"Compared to coral fish, they are less threatened by noise because where they live," Radford says, adding that they consequently offer a perfect insight into the issue.

Read more: Alone at home and hearing weird noises – why does it feel so creepy?

"We work with a wild population in their natural environment. It is their natural behaviors that we are looking at and with them we are able to explore impacts on things like acoustic communication which is inherently much harder with the coral reef and the fish." 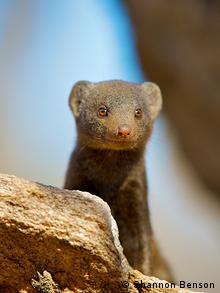 Noise distracts the dwarf mongoose from protecting its young

What they discovered is that under the influence of noise, these characteristically alert animals failed to reliably notice the presence of excrement from their enemies. Radford concludes, therefore, that noise cloaks dangers, making the animals easier targets for predators.

Research into how noise affects different species, how it impacts their lives and behavior, is in its infancy. In the case of the mongoose, researchers are trying to find answers to a number of as yet, largely unexplored questions.

How do two animals of the same species react to the same noise? How does their behavior change when they are familiar with the noise? How differently do they respond to natural sounds and those made by humans?

And those same questions can be applied to any species, because one thing is sure: loud noise has the power to affect all living creatures. What's equally certain is that people can influence noise. After all, we are the ones who generally create it in the first place.