Where sound is seen as well as heard | Environment | All topics from climate change to conservation | DW | 26.03.2018

Where sound is seen as well as heard

When Davyd Betchkal steps outside his office door, he steps into the wild. In Alaska, he records and analyzes the sounds of wilderness, where very often days pass without a single man-made sound. 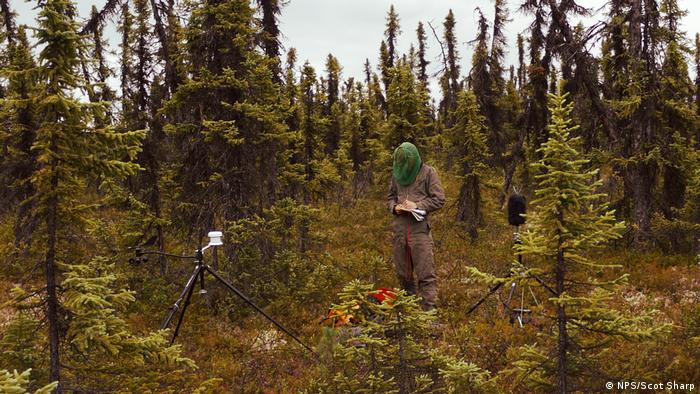 How do you think the world sounded like a century ago? Use your imagination and erase the man-made sounds we are all so used to — the planes, the trains, the automobiles and everything in between. Quieter, isn't it?

Davyd Betchkal is a biologist and soundscape specialist working at the United States' National Park Service in Alaska. One of his jobs is to collect and analyze the natural sounds of unpopulated environments. He's one of a minority in the world who can say they know what it is like to live with the sounds of nature, and nothing else. 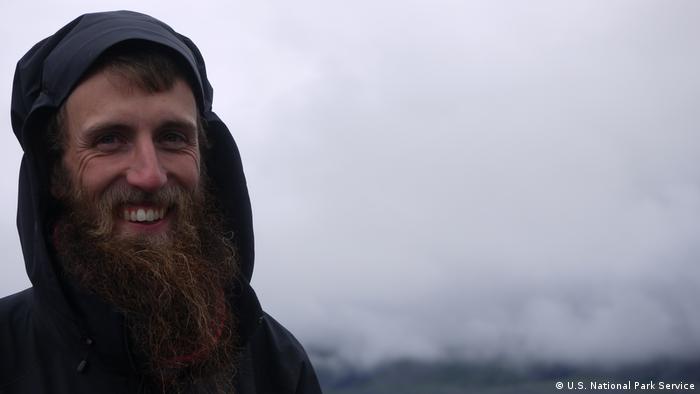 Global Ideas: Tell us about your job.

Davyd Betchkal: My research takes place in Alaskan parks exclusively, and these parks protect remarkable opportunities to experience natural sounds. They really are, in terms of the United States, the last truly quiet places in the country. What we are saying in the park service is that natural acoustic environments are a fundamental resource, something that's foundational to the purpose of the park.

To what extent is it possible to really protect these areas?

Alaska is changing fast. In the 1980s and 1990s, people started to realize that Alaska was changing very quickly, and in order to understand this change, we needed a baseline — a reference point that will tell us what it was like at a certain time and in a certain place. From that, we can measure change. That is what parks in Alaska are busy doing right now, going out there and making audio recordings, these baseline data sets, that we can use to measure change in the future.

How does the recording process work?

The Park Service has developed an automated recording device. Just like a weather station, we have a system that can capture sound over a long period of time, around a month without a person needing to be there. It is pretty beneficial to be able to do that because when people are around, the behavior of animals changes, and we contribute our own sounds as well. 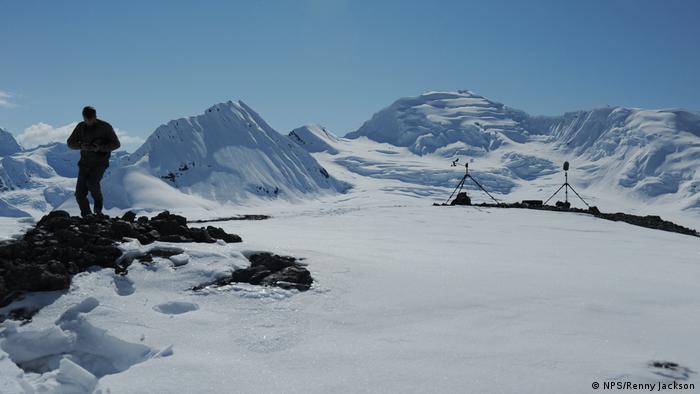 Alaska's landscapes are diverse in species and sounds

So having these other observers out in the landscape for long periods of time lets us take a long average, and allows us to describe what conditions are like over a good chunk of the summer. Alaska is a very remote place and these data collection sets, over a long period of time, help us reveal — across huge landscapes which people simply cannot feasibly cover — what Alaska is like.

We are based in Berlin, which is of course, a big city with noise and sound being made all the time. What does it sound like where you are?

With road corridors, during the daytime, you might hear noise from a road from one to three kilometers away — maybe four if it is a busy, loud road. So if you think about the vast landscape of Alaska, we have a road network here with less infrastructure than the state of New Hampshire, which is a very small state on the east coast of the USA and yet they have more roads than we do. [Editor's note: In terms of area, the state of Alaska is around 70 times larger than the state of New Hampshire!]

Driving on an Alaskan highway is a bit like walking a tightrope. On one side, you can step off and walk and not encounter human activity until you reach the Bering Sea. In the other direction, you can walk until you hit the other highway, which is around 300 miles away. So roads are generally not the issue. In Alaska, there is a lot of aviation, and that is usually what contributes to noise. 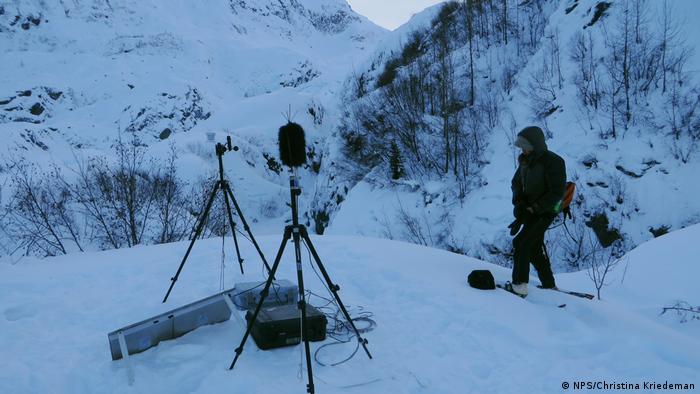 So what does it sound like, typically, where you record?

I have never put a microphone out and not had at least some human activity over the course of that month. In most places in Alaska, you will have at least one event per day. But occasionally, I will have a whole 24-hour period that goes without any [human] noise at all. That's a 24-hour period where there's no combustion engine, and you have had nothing but natural sounds. That doesn't happen anymore in what we call the lower 48 United States.

Alaskan parks protect these truly remarkable opportunities, which are almost unheard of anywhere else in North America.

Once you have recorded and compiled the soundscapes, what happens to the datasets?

We are developing a program that can monitor changes in the acoustic environment. So, the whole premise of collecting a baseline is to go back later, and to monitor the conditions that prevailed.

If you find a situation where the condition is poor and if you have creative ideas to make positive changes and mitigate noises, measuring and comparing allows you to assess if what you did made any difference. The data is like a photograph of sound, an acoustic record, that you can measure against future recordings. 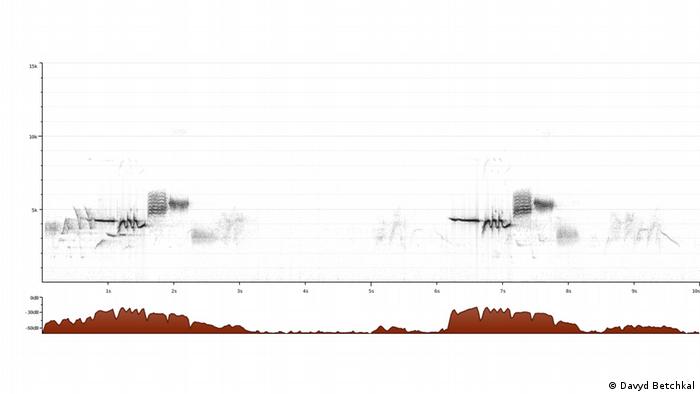 This is how a White-crowned Sparrow appears like in a spectrogram, Davyd Betchkal records, and analyses

Is what you record an overview, or is it possible to identify certain animal species by their sound alone?

Sure it is! A lot of people have questions about how we listen to these audio records, but the truth is I analyze a lot of my data by looking at the picture of sound — it's called a spectrogram. A spectrogram is a three dimensional representation of sound. Time is measured on the horizontal axis, with frequency measured on the vertical axis, so from low pitches to high pitches.

The brightness corresponds to how loud it is. So that picture of sound is very clear, and the patterns that sounds have are very easily recognizable.

To answer your question, can we recognise species from the sounds? We can look at a spectrogram and know what a species is without even listening to the recording. Certain birdsongs are really unique so they are particularly easy to recognize.

This interview was conducted by Klaus Esterluss, and was edited and condensed for clarity. To learn more about man-made noise and how it affects animals and humans, check out the Global Ideas story: Feeling the noise in an unquiet world.