How humans are polluting the world with noise

We are most sensitive to sounds when they disturb us. This is when sound becomes noise, knocking many species — on land, underwater and in the air — off balance. How big a problem is it? 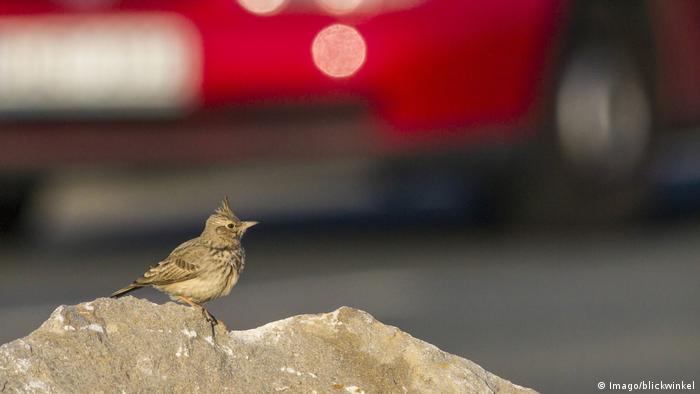 In the early 20th century, Nobel Prize-winning microbiologist Robert Koch busied himself with discovering the causes of infectious diseases such as tuberculosis and anthrax. That he identified an epidemic that would plague humans — particularly those in cities — much later is perhaps unsurprising.

"The day will come when man will have to fight noise as inexorably as cholera and the plague," the German scientist wrote in 1905.

Back then, Koch would have been more likely to hear the clash of horse hooves on cobblestones than revving engines on the streets of Germany's capital Berlin. But within a few years, the city's famous Potsdamer Platz would become Europe's busiest traffic junction, with more than 33,000 vehicles roaring through each day. 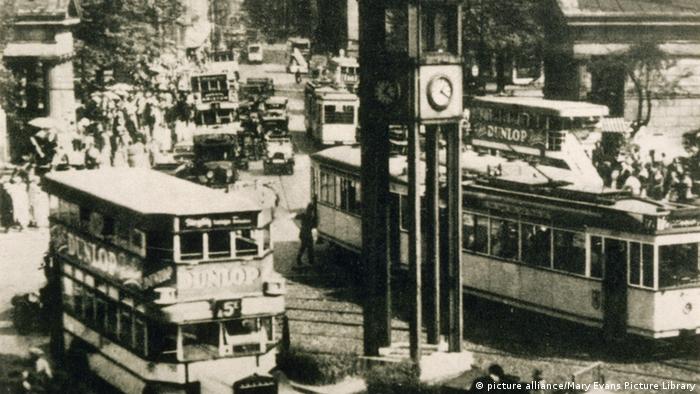 In the 1920s, Berlin's Potsdamer Platz became one of the busiest traffic junctions in Europe. The vehicles roaring through brought new levels of noise

From airplanes flying overhead to subways rumbling underfoot, now few places on earth are free from the cacophony of man-made sounds. Yet not all sounds are bad.

"Noise is a very widespread environmental factor," Dorota Jarosińska, from the World Health Organization, told DW. "It's worthwhile to make a distinction between sounds, because we are surrounded by some natural and [some] man-made sounds."

It is the sudden, jarring — and oftentimes, painful — "unwanted sounds," as Jarosińska terms them, that can cause problems for both humans and animals.

Humans aren't always the source of bothersome racket. Classical music is likely to be less disturbing to most people than a pigeon squawking on a windowsill, says Maxie Bunz from the German Environment Agency.

Still, we generally have positive associations with sounds from nature — for instance, the sound of the ocean, adds Bunz.

"For that reason, they have less of a negative impact than, say, a mechanized street sweeper rushing past us," said Bunz.

Read more: How many people die from air or noise pollution?

Read more: Death by aircraft noise is a real concern for people living under the flight path 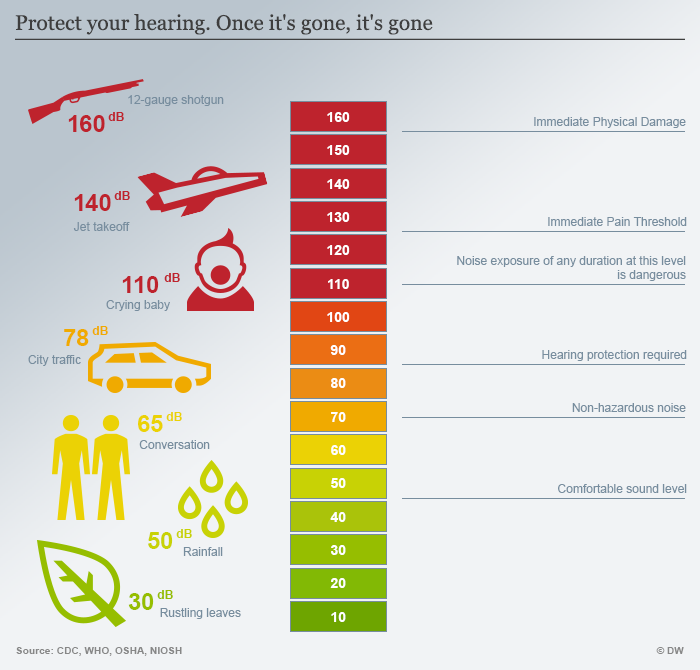 We sleep with one ear open, so we can quickly wake up and fight or run in an emergency situation. That means in a world filled with racket, we're often in a state of alarm. According to various studies, permanent background noise stresses people out, leading to high blood pressure, stroke and heart attack.

"Exposure to noise in our living and working environment can result in serious effects not only on our physical health, but also on our mental health and well-being," said Jarosińska.

Mammals: A tsunami of sound

The same goes for animals, writes naturalist Charles Foster in his book Being a Beast. More poet than scientist, Foster works at the University of Oxford where he researches questions of identity and personhood. 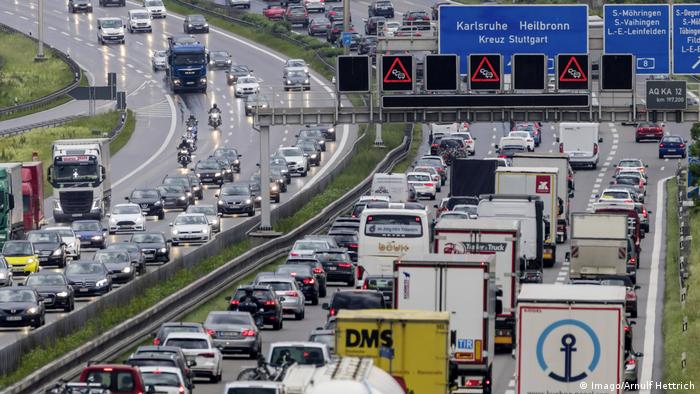 If we humans get annoyed by constant noise, how must animals feel?

Although in his book, he tries to put himself into the paws of a badger.

Foster lived in a badger sett for several weeks, eating worms and learning to sense the landscape through his nose, rather than with his eyes.

"It's thought that they may be able to hear ... the rasp of the earthworms' bristles as they scratch through the earth," he writes of the badger. "Just think what the obscene tsunami of a nearby motor vehicle does to an animal that can do that."

Badgers aren't the only animals overpowered by man-made sounds.

Andrew Radford, a professor of behavioral ecology at the University of Bristol, studied dwarf mongooses in South Africa. In field trials, his research team presented the small carnivores with feces samples from their predators, while exposing them to man-made noises.

Under those conditions, the mongooses lost the ability to sniff out and adequately respond to potential danger. The noise distracted them. 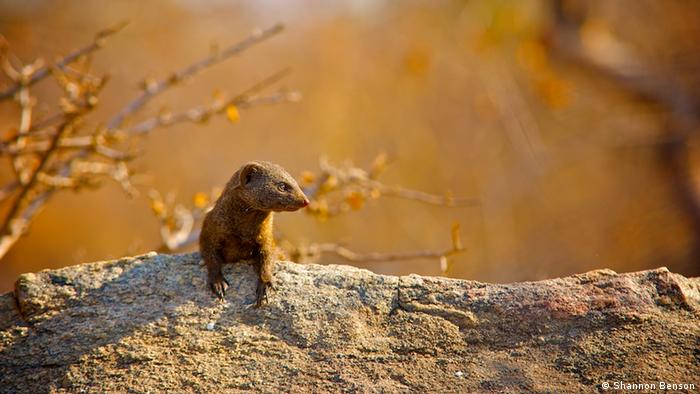 Mongooses can be distracted easily by man-made noise, which endangers themselves and their offspring

The researchers also observed that the animals spent less time foraging, were less successful at catching prey, and less able to care well for their young.

Soundwaves travel five times faster through water than air, meaning disruptive noise is an even bigger problem for marine life. Those waves travel much further too, says Alexander Liebschner from the German Agency of Nature Conservation.

Offshore drilling for gas and oil can be particularly deadly for underwater animals. The drilling is done with seismic "airguns" which — depending on the depth — emit the loudest man-made sounds possible underwater.

"It is believed that these seismic surveys are being felt on a near permanent basis in the sea, and that the signals travel over hundreds of kilometers," said Liebschner.

The resulting noise is displacing information vital for the survival of marine animals — as is the case on land, for man and mongoose alike.

"The best examples are dolphins or whales," explained Liebschner. "They orient themselves with their hearing through echolocation, which relies on soundwaves, which they also use to catch prey and to escape predators."

Can we, in the words of Robert Koch, fight noise like we can fight cholera and the plague? Noise pollution is multi-faceted — not all animals or humans react in the same way to the same noises, experts point out.

There are things people can do for themselves, such as wearing earplugs at night.

But policy can also intervene — there are maximum noise limits for industries that work underwater, for example.

"The various industries try to keep to these limits and they've thought a lot about how to reduce construction noises for offshore wind turbines," said Liebschner. But it could take a while before such solutions are implemented. 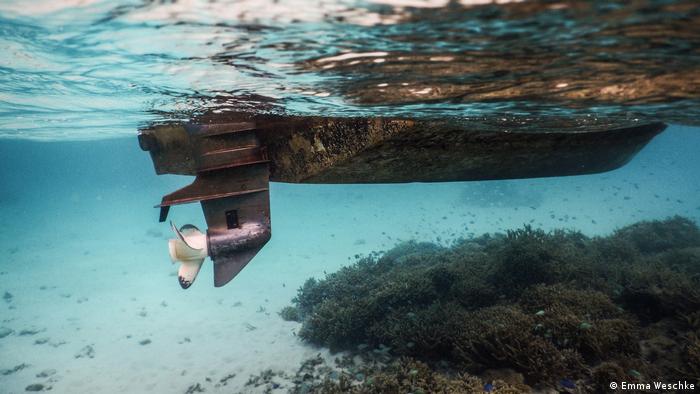 Sound spreads five times faster underwater than on land, making it even harder to ignore a din down there

In the meantime, whales and other marine mammals will suffer — as will man and mongoose.

When Koch described noise as a urgent problem a hundred years ago, he picked up on a topic that hasn't lost its urgency — but where progress in finding solutions remains slow.

German election: How much money do Bundestag MPs get?