Death by aircraft noise is a real concern for people living under the flight path | Science | In-depth reporting on science and technology | DW | 09.10.2013

One in 7,000 people living near airports will die every year - due to aircraft noise. That's the result of a German study. DW spoke to its author and discovered why it helps to be very, very old. 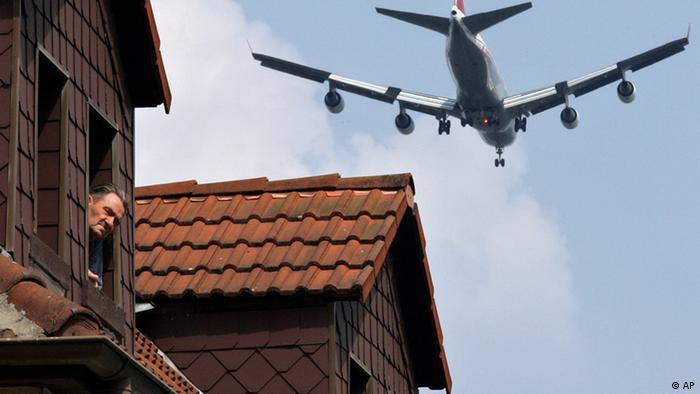 DW: Now people aren't literally dropping dead when an airplane roars past, are they?

Dr Eberhard Greiser: No, they don't. But what our study shows is that the risk of myocardial infarction or a stroke is increased when people are exposed to aircraft noise, especially aircraft noise at night. Noise is a stress factor. And this stress factor induces a higher level of hormones in the body. These stress hormones, especially cortisole, increase your blood pressure. If you're exposed to such stress over a long time, the acute increase of blood pressure becomes hypertension - and with it, all of the possible consequences: myocardial infarction, stroke, heart failure and dementia.

Most of the people are over the age of 50, then?

It starts at the age of 40. And of course, it increases with age. But additionally we show that risk induced by aircraft noise diminishes with increasing age. This puzzled us at first, but then we [found a reason]: with increasing age, the percentage of people who become deaf also increases. And if you can't hear the noise during the night or during the day, it doesn't bother you.

So it's an advantage to be deaf if you live close to an airport?

How close does you have to live to an airport to be affected?

A noise level of 40 decibels - and that's within a certain period of time, say one day or one night - is a very low level. In previous investigations, the level was much higher. We could include more than 1,000,000 people in our study region, and we had nearly 50,000 cardiovascular events. So we were able to detect very small increases from very low exposure levels. 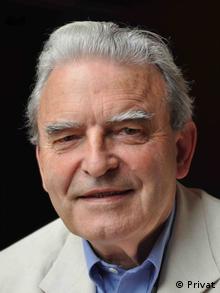 But how do you isolate airport noise from other variables? An airport might be in an industrial area with high levels of pollution, for example.

Of course - when you do such a study, you have to consider all possible contributing factors. We included road noise, railroad noise, and you have to include - if possible - variables regarding social strata. We collected data not only on hospital discharges, but also on drug prescriptions by practicing physicians. We included prescriptions of anti-hypertensive drugs, of lipid lowering drugs, of insulin and all anti-diabetic agents, for instance. So we included a lot of contributing factors in our analysis. And there are a lot of other studies from all over the world, mostly from Great Britain, Europe, the Scandinavian countries, who came to similar results.

Is it just about decibel levels, or is it something specific to aircraft?

It's what acoustical investigators call "emergence." That is, when an aircraft approaches a house, you have a sudden increase in noise levels - and obviously that causes a strong reaction. [Another study showed] the impact of road noise compared to aircraft noise was one-third less. So road noise contributes to cardiovascular events less than aircraft noise.

Cologne/Bonn Airport, which has been cited in relation to your study, has criticized your methodology. How do you respond?

[Laughs] Well, this comes from one single scientist who's been paid in recent years by the airports, and by the aircraft companies, a guy who never did any study on noise, but constantly states that he disagrees with our results. The environmental office that commissioned the study is satisfied that [our methods] are state of the art - and so are all my colleagues, who are working in the same field. This is a situation I've encountered several times in my academic career. If you present results that could be harmful to any kind of lobby, the lobby will try to destroy you, it will look for consultants who will say, "This guy isn't reliable and his methods are faulty and whatever." But such is life. You have to endure that.

So if I'm a 58-year-old man with plaque in my arteries - and I happen to live near an airport - what do you suggest?

Eberhard Greiser is a professor of Epidemiology and Medical Statistics at the University of Bremen. The study was conducted on behalf of Germany's Federal Environment Agency.

Waiting for a train that is late, or caught in a traffic jam is annoying at best. Researchers forecast a rise in traffic volume in the future, and seek alternative concepts. (24.09.2013)

New flight paths are causing further controversy for Berlin's new airport. Critics say the routes, which were apparently not checked for environmental impact, will endanger wildlife and even Berlin's water supply. (22.07.2013)