New flight paths are causing further controversy for Berlin's new airport. Critics say the routes, which were apparently not checked for environmental impact, will endanger wildlife and even Berlin's water supply. 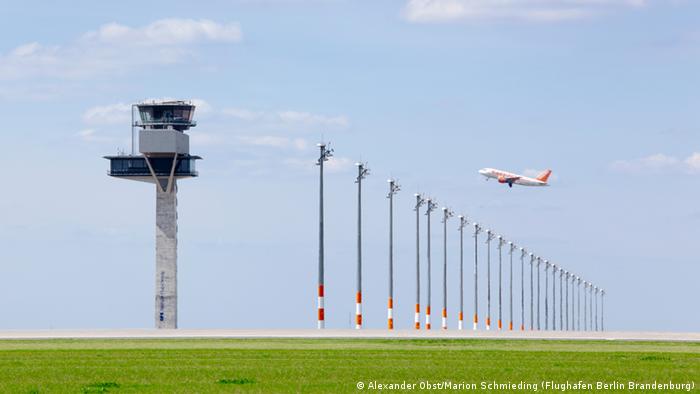 Every Monday for the past two years, Andrea Timm has attended anti-airport rallies in the Berlin suburb of Friedrichshagen. The 45 year old has been a resident here on the eastern side of Berlin for five years. She's angry that a change to flight routes for Berlin's new airport, BER, could mean hundreds of planes will be flying in low over suburb every day.

"The real estate agent showed us a map that said this area would not be affected by the airport," Timm said. "People bought houses here, and then the flight routes were changed."

She says new routes would mean increased carbon dioxide emissions and noise pollution in the area in which she lives. She's also worried about plans to add a third runway to the airport.

"This airport doesn't have a future," Timm said. "It will only be useful for the city if a third runway is added. And when you think about what this will cost, and the impact it will have on the environment, I think it makes sense to look for some other alternative."

At the end of May 2013 the European Union started an investigation into the flight paths of the new, still unfinished, airport BER. The bloc's environment commissioner said that complaints had been made that planners had set new flight paths without carrying out the necessary environmental impact studies. Brussels requested a formal explanation from the German government. 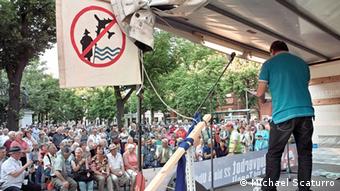 Germany has until the end of July to respond, otherwise the case could end up in the European Court of Justice and Germany would face hefty fines.

"The flight routes were assessed already under the planning arrangements of 2004, but these flight routes have been significantly changed recently," said Reinhard Honighaus from the European Commission's offices in Berlin in discussions with DW.

Honighaus said that German legislation doesn't guarantee a proper assessment of the environmental impact when a new airport is built or when an airport is modified. This is where the EU stepped in.

"We don't know whether this impact assessment on the environment has been done properly in the case of Berlin airport," said Honighaus. "What we do see however is that German legislation doesn't guarantee that it's being done."

BER has been plagued by extra costs and technical difficulties since its beginnings in 2006. Its opening has already been delayed a number of times.

Some of the new planned flight path routes go out over lakes in Berlin and the bordering state of Brandenburg, like the Müggelsee.

The lake, a favorite place for Berliners to cool off each summer, is – in winter – an important nesting ground for thousands of Siberian geese. Scores of planes flying over the lake each day could force them to settle elsewhere, or affect survival rates, experts say. The lake is also one of Berlin's largest sources of drinking water. 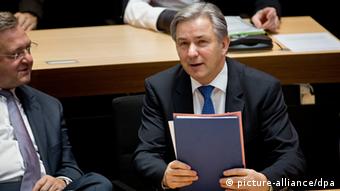 "We expect the whole legal process that guides the building of airports in Germany to be changed not just for the new airport but also for any other airports that might be built," Richter said.

Stefan Richter says that the choice of the airport site in the Berlin suburb of Schönefeld should have been avoided completely.

"Berlin's environmental ministry vetoed this new airport years ago," Richter said. "They said you can't fly over Müggelsee. If authorities had been required to listen to their environmental assessment, Schönefeld would never have been chosen."

Compensation, but no change

Germany's air traffic control authority, DFS, were responsible for determining the new routes in conjunction with local communities. When contacted by DW they declined to comment on the proposed flight paths however. Instead, the company in charge of building the new airport, Flughafen Berlin Brandenburg GmbH, provided a written statement.

According to the company, "the airport plans to pay compensation to those subject to considerable noise levels during the day. Residents who live particularly close to the airport also have the right to sell their property to the airport operating company." 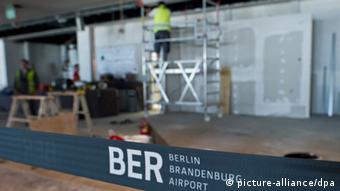 Despite the offers of reimbursement, protesters here in Friedrichshagen are still pressing for the environmental impact study of the new flight paths. It's something which, Andrea Timm and her neighbors admit, will hopefully further delay the opening of Berlin's BER airport.

Still, one thing is for sure: the airport is coming, whether locals want it or not. Berlin's mayor Klaus Wowereit has already said that the problems surrounding the flight paths will not hold up construction.

The European Union has launched a legal probe into proposed flight paths for Berlin's new BER international airport. With the project desperately delayed already, German authorities might have hoped for a smoother ride. (30.05.2013)

Germany questions use of regional airports

Kassel-Calden Airport cost some 270 million euros and is the pride of the Hesse state government. But experts call the latest regional airport a typical case of everything wrong with German airport policy. (06.04.2013)