How many people die from air or noise pollution?

Recent studies say a number of people have been killed by air pollutants or even noise. Epidemiologists say such figures can be used to calculate environmental risks, but statisticians object. 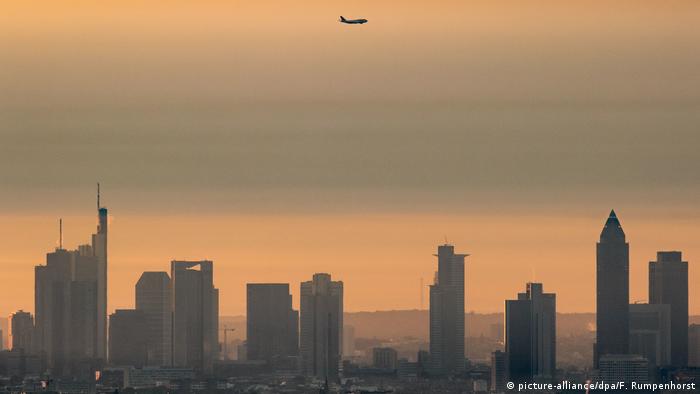 Smog and a plane above Frankfurt. Do people there really die earlier?

When DW published an article recently saying that "one out of four people die as a course of environmental pollution," the German statistical watchdog organization "Unstatistik" declared the piece to be the "non-statistic of the month." ("Unstatistik des Monats").

So what did DW do to deserve this renowned negative prize? The author had quoted an epidemiological study, based on data from the World Health Organization (WHO) and the UN Environmental Project (UNEP), which attempted to assign a specific rate of deaths to factors of environmental pollution.

And since it was not by any stretch the only recent epidemiological study which attributed a given number of early deaths to pollution issues, we asked Professor Norbert Krämer, who teaches statistics at the University of Dortmund and is one of the people behind the "Unstatistik," to explain to us what's wrong with this overall method. 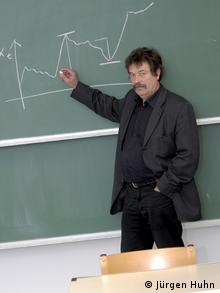 We all have to die, eventually

"There are too many possible sources of error in it," he says. "It is totally undefined, what a death caused by environmental factors is." In the case of the WHO data, he argues, it could include people who drown in a lake or fall from a ladder. "All such causes of death could be avoided by more environment-conscious or careful behavior."

In the interview, he also gave several examples of similar studies in which scientists mistook correlations for causality or in which control groups were not representative, leading to completely false results.

More important to him is an underlying statistical fault he finds in the method: "The total number of people who die says nothing about the gravity of the risks involved." The reason is trivial: Everybody will die, eventually.

To illustrate his argument, he points out that cancer rates worldwide are the highest in the countries with the highest life expectancy: Japan and Iceland. The reason that many people there get cancer has nothing to do with environmental factors, but rather the high average age. People simply didn't die of other illnesses beforehand, so cancer, therefore, becomes a positive indicator of how healthy people really are.

"It is not serious to use a figure for 'cases of death' as an indicator to quantify environmental risks," Krämer stresses.

Rather than calculating such a theoretical statistic, he suggests using another measurement: "quality adjusted life years." That number, he argues, could be put into perspective: "One can much better look at different risks, compare them and make an assessment, which of them should be tackled first." 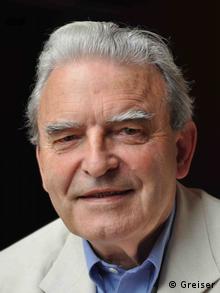 Someone who disagrees with Krämer is medical Professor Eberhard Greiser  from Bremen. He argues that while using "life years" as an indicator is legitimate, it does not disqualify the other approach of calculating the number of deaths caused by something.

As an epidemiologist, Greiser has published two studies on behalf of the German environmental protection agency Umweltbundesamt (UBA): on airplane-noise-pollution around Frankfurt airport and Cologne-Bonn airport. His studies concluded that there are roughly 340 deaths around Frankfurt and 60 around Cologne-Bonn every year because of noise pollution.

Read more: Death by aircraft noise is a real concern for people living under the flight path

Saving the reputation for epidemiology

Greiser and Krämer are not on good speaking terms, however. Krämer told DW that "Greiser does certainly not belong to the serious scientists," while Greiser countered that "Krämer has arguments, but no clue about epidemiology."

Greiser used public health insurance data and detailed records about noise pollution from planes, trains and streets in individual residential neighborhoods to come to his conclusions. He stresses the importance of having a representative control group in a quieter neighborhood with otherwise very similar social structure, income level, number of cars, unemployment and other indicators for social strata.

"We found increased risks in our study of the Cologne-Bonn area for all cardiovascular diseases, dementia, chronical kidney failure and psychological diseases," Greiser told DW.

Because it is impossible to pinpoint an individual cardiac arrest to the airport noise, Greiser calculates statistical fluctuation to determine the amount of medical cases that are outside a normal corridor of confidence. From a regional cardiac register he then uses data to determine how many patients died within ten 10 years of their first cardiac arrest.

"This is a standard method in epidemiology, and only someone who does not understand anything about epidemiology can claim that it is unserious," Greiser says.

The debate between the two schools of thought is clearly far from over. Your DW journalists at the science desk will take it as a lesson to keep reporting interesting statistical research and epidemiological studies in an unbiased way and with a critical eye for potentially problematic details.

It comes as no surprise that excessive noise levels can cause high blood pressure, but now a new study is claiming that air pollution can have the same effect. (26.10.2016)