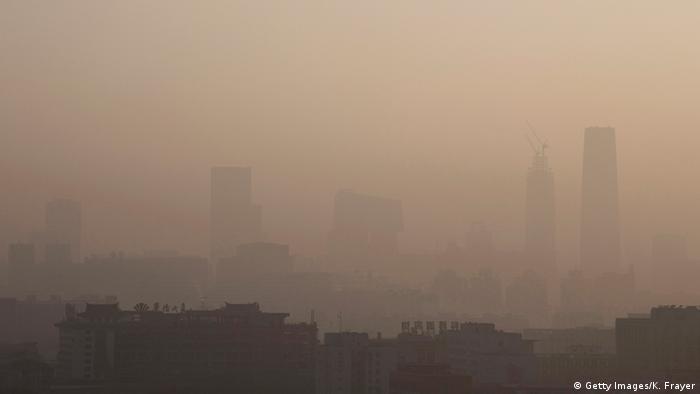 According to a report released by the UN children's agency, UNICEF, on Wednesday, 17 million babies younger than 1 year old breathe toxic air. With 136 million children under the age of one globally, that equates to about one in eight worldwide.

The World Health Organization recommends that the level of pollutants in the air not exceed 20 micrograms per cubic meter (.02 parts per million). Contamination above that limit could prove potentially harmful for children, with risks growing as exposure does. Air pollution has known links to asthma, pneumonia, bronchitis and other respiratory infections. 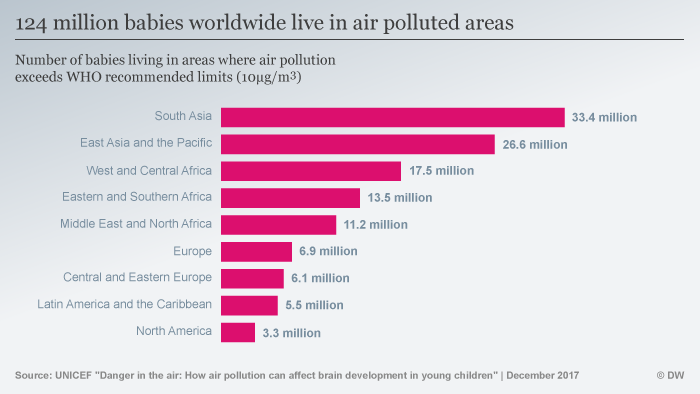 "Not only do pollutants harm babies' developing lungs: They can permanently damage their developing brains — and, thus, their futures," UNICEF executive director Anthony Lake said.

The report urges parents to reduce children's exposure to harmful chemicals, including from tobacco products and cooking stoves. It also urged public authorities to invest in cleaner renewable energy and to make it feasible for children to travel at times of day with diminished pollution, as well as to zone major sources of pollution far away from schools, clinics and hospitals.

"No child should have to breathe dangerously polluted air — and no society can afford to ignore air pollution," Lake said.

Scientists have not conclusively proved findings about air pollution's effects on brain development, but a rapidly growing body of evidence creates "reason for concern," UNICEF's Nicholas Rees, the report's author, told the Thomson Reuters Foundation. Brain development in the first 1,000 days of a child's life influences how they will learn, grow and become "able to do everything that they want and aspire to in life," he said.

"A lot of focus goes on making sure children have good quality education — but also important is the development of the brain itself," Rees added.

The European Environment Agency has found that polluted air kills half a million EU residents per year.